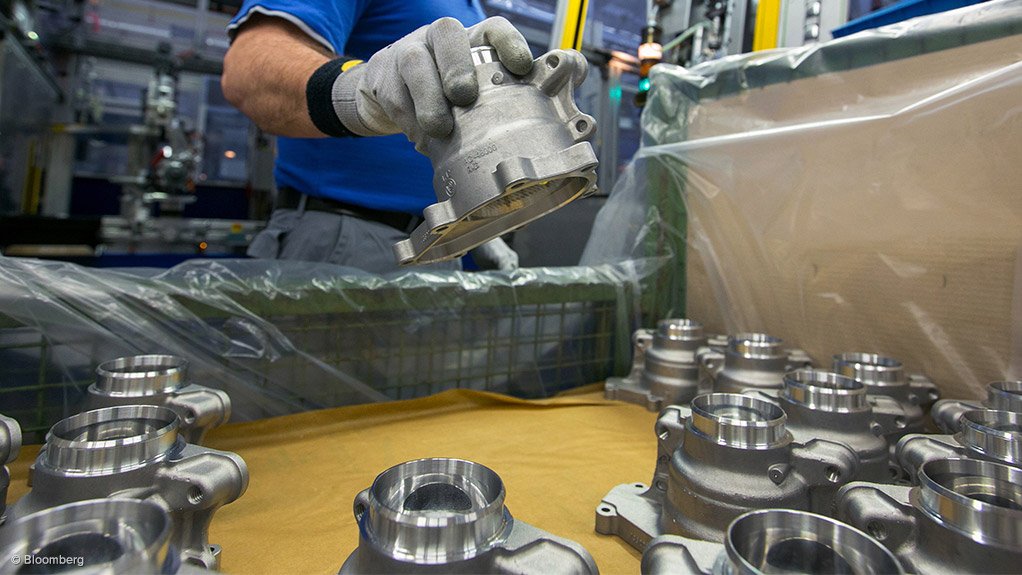 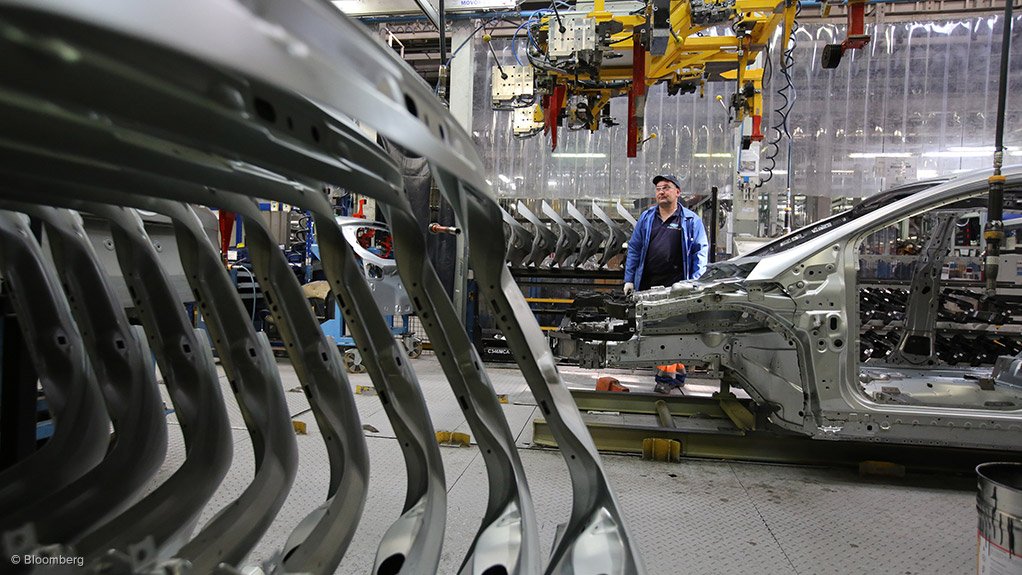 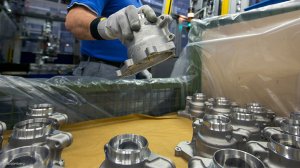 South Africa’s light vehicle production has increased only marginally in the past five years – 533 000 units were produced in 2014 – with local content of automotive components also stagnating at a low 35%, compared with levels of more than 80% in countries such as Thailand and Brazil, says the National Association of Automobile Component and Allied Manufacturers (Naacam).

Naacam president Ken Manners attributes this mainly to several Tier 1 suppliers that are importing more subcomponents and materials for the original-equipment manufacturers (OEMs).

“This has resulted in employment in the sector being at roughly the same level as it was ten years ago,” he highlights. Naacam told Engineering News in April that estimated employment at Naacam members decreased to 49 261 in 2014, compared with 51 894 in 2013.

“Nevertheless, about 75% of the total 130 000 jobs in the industry are found within the various tiers of component suppliers. Therefore, components are the cornerstone of the sector,” Manners stresses.

Local Content Manners emphasises that the depth of the supply chain must be further developed “to enable component manufacturers to buy more reliable and cost-effective subcomponents and materials, locally, and to import less”.

He argues that many companies currently import most of these components and are merely component assemblers, and the situation will only change with a better developed supply chain and direct industry support initiatives.

Manners adds that pressure from OEMs on their Tier 1 suppliers to increase localisation will help develop the supply chain, together with industry support initiative the Automotive Production and Development Programme (APDP).

Established in 2013 to replace the Motor Industry Development Programme, the APDP is planned to run until 2020.

“Where the component manufacturers supply to the OEM, the APDP does not directly reward them with incentives other than for investment,” Manners argues, adding that the OEMs receive duty credits for value addition by suppliers, which can be used to offset import duties. This, to some extent, is counterintuitive, as it leaves no incentive for localisation once an OEM has earned sufficient credits to offset all their duties, he avers.

“Naacam, therefore, believes that component manufacturers should receive incentives for their local value addition, which would enable them to reduce their prices to OEMs, thereby gaining more business, while the quantum and value of benefits earned by the OEMs need to be reviewed,” says Manners.

However, in view of major investments made by OEMs based on current rules in the APDP, any significant changes to the APDP could only be considered for implementation after 2020, acknowledges Manners.

However, Engineering News reported in June that the Department of Trade and Industry (DTI) and vehicle manufacturers were “in a final round of discussion” in the review of the APDP.

According to the National Association of Automobile Manufacturers of South Africa, the automotive manufacturing industry’s aggregate capital expenditure for 2014 reflected a new record of R6.9-billion.

Manners further highlights that the DTI in 2014 announced changes to the Automotive Investment Scheme (AIS) to enable component manufacturers to earn an additional 5% on all investments.

“While the AIS, which currently provides a cash incentive of up to 35% of total investment, is helpful, Naacam did explain to the DTI last year that, to offset the low-volume penalty on tooling and encourage further localisation by OEMs, the incentive should be increased on tooling investments,” says Manners.

He adds that, depending on the durability of the currency weakness, the automotive industry could see an increase in component localisation by OEMs and higher exports as a result, as well as increased local aftermarket sales, owing to higher import costs.

Export Growth Manners notes that, despite facing several challenges, many automotive component manufacturers have been able to grow in recent years, owing to exports and local replacement parts sales. He adds, however, that these manufacturers are facing increasing global competition from some lower-cost developing countries, particularly in Asia.

“While many components are already being successfully exported, others are being exported less,” says Manners, stressing the need for the industry to ensure that past export successes continue.

He also notes that, under the APDP, manufacturers’ benefits are reducing, compared with other incentives earned by OEMs. Manners adds that catalytic converter sales reached R21.3-billion in 2014.

He, therefore, suggests that government ensures that the long-awaited beneficiation plan is effectively implemented to ensure fewer raw materials and more manufactured products are exported. This will assist in using up some of the significant spare capacity that exists through the supply chain.

To assist the automotive component industry in key initiatives, the National Association of Automotive Component and Allied Manufacturers (Naacam) has established a number of internal and external subcommittees and working groups to coordinate efforts and to focus on key areas within the industry, says Naacam president Ken Manners.

He tells Engineering News that each of these teams comprise a member of the Naacam executive committee and members with the appropriate specialist knowledge.

Committees include, but are not limited to, an energy committee that made a submission to the National Energy Regulator of South Africa regarding energy constraints and electricity tariff increases, as well as a committee on medium and heavy commercial vehicles, which is collaborating with the National Association of Automobile Manufacturers of South Africa committee to formulate component localisation opportunities.

The ASCCI, which is undertaking a strategic analysis of the automotive sector in an endeavour to grow the component sector, issued its initial annual report in July.

Manners explains that the first major project was to measure compliance by local component manufacturers with TS16949 and to assess the sector’s performance against global standards.

He emphasises the importance of complying with TS16949, as the ISO technical specification is aimed at the development of a quality management system that provides for continual improvement, emphasising defect prevention and the reduction of variation and waste in the supply chain.

The project further identified areas of shortfall and the ASCCI’s next step is to define specific interventions to address these challenges and to enable the ASCCI committee to decide on the follow-up projects, says Manners.

The second major initiative is the start of the World Class Manufacturing project, where 20 suppliers, identified by original-equipment manufacturers as being critical for future production in South Africa, will undergo process improvement programmes, tailor-made for each company.

Additional projects are now under way, including an increased focus on four critical types of components aimed at increasing localisation of these components, concludes Manners.