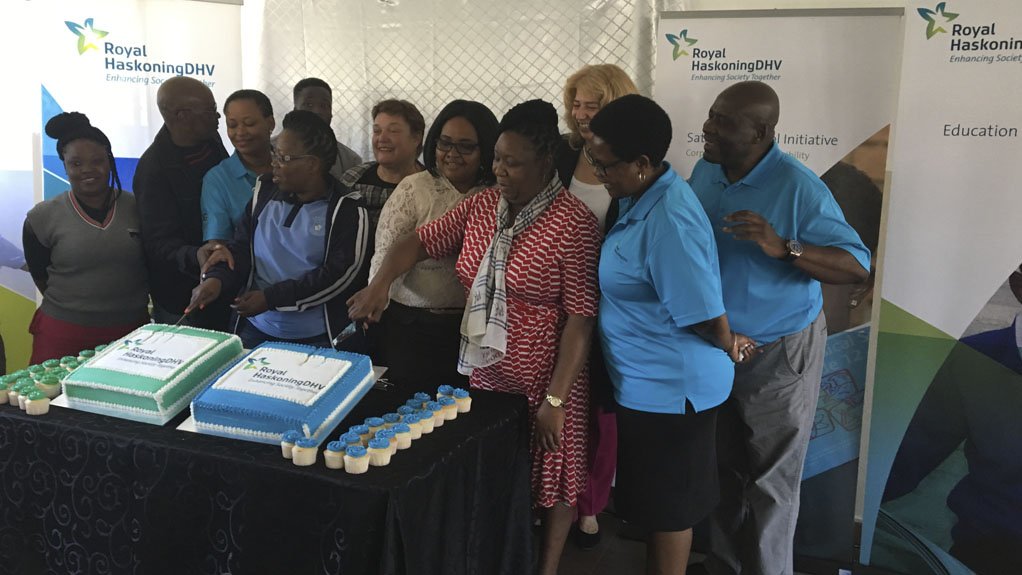 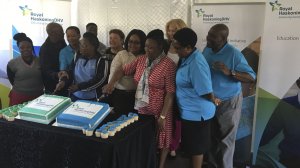 These celebrations culminated in a function held at Kwabhekilanga Secondary School, in Alexandra, Johannesburg, last month. Most of Royal HaskoningDHV South Africa’s board members were in attendance. Moreover, principals, educators and students from participating schools attended, as did a delegation from the Netherlands embassy, including Netherlands Ambassador to South Africa Marisa Gerards, who was a keynote speaker.

The event celebrated the achievements of the Saturday Schools programme in South Africa, which was launched in 2007 when the dearth of engineering students became apparent.

Royal HaskoningDHV board chairperson and global water engineering director Anke Mastenbroek told Engineering News that, when the company started the programme, there were few established Saturday Schools initiatives in the country. “Our first class had only 45 students.”

Mastenbroek added that the programme improved over time, not only attracting a larger group of students but also expanding into other provinces. Further, she commented on small changes that were introduced for the benefit of students. “After about two years, we decided that we should stop transporting students to our offices so that they could learn in a familiar environment, but more importantly, so that our tutors could have direct interaction with teachers.”

She pointed out that this interaction became vital, as the programme is meant to supplement the material taught by teachers. Mastenbroek commented that there should not be gaps between what was being taught in schools and what the company was teaching, adding that having an actual presence at the school facilitated this interaction.

Mastenbroek added that the leaners were not pressured into choosing an engineering-related field at tertiary level, despite the fact that the programme is offered by an engineering firm and taught by its staff.

Programme beneficiary Mahlatse Mojapelo, who also attended the event, said: “In the year that I started, teachers went on a three-month strike. It can be challenging to learn new concepts as part of self-study, so the SSI – the Saturday Schools Initiative as it was known then – really came through for me. We all passed matric with really good marks.” Currently, Mojapelo holds an honours degree in mathematics and works as a consultant.

Royal HaskoningDHV MD and executive director Salani Sithole noted that the company would consider providing more focus on other learning areas to prepare students for the workplace. “When we started, it was only maths, science and technical drawing, but we soon realised that there are certain skills that are integral to working life that learners aren’t necessarily learning . . . like computer literacy or compiling a curriculum vitae.”

He added that the company hoped to incorporate learners into other Royal HaskoningDHV initiatives, such as the Orange Corners initiative – a platform created for entrepreneurs to stimulate their creativity, grow their business and expand their professional network – run by the Kingdom of the Netherlands and its partners.

Sithole adds that Royal HaskoningDHV also has an internship programme, with exceptional interns being taken on and employed by the company as engineers. Further, the company provides bursaries for local engineering students during their first and second years.