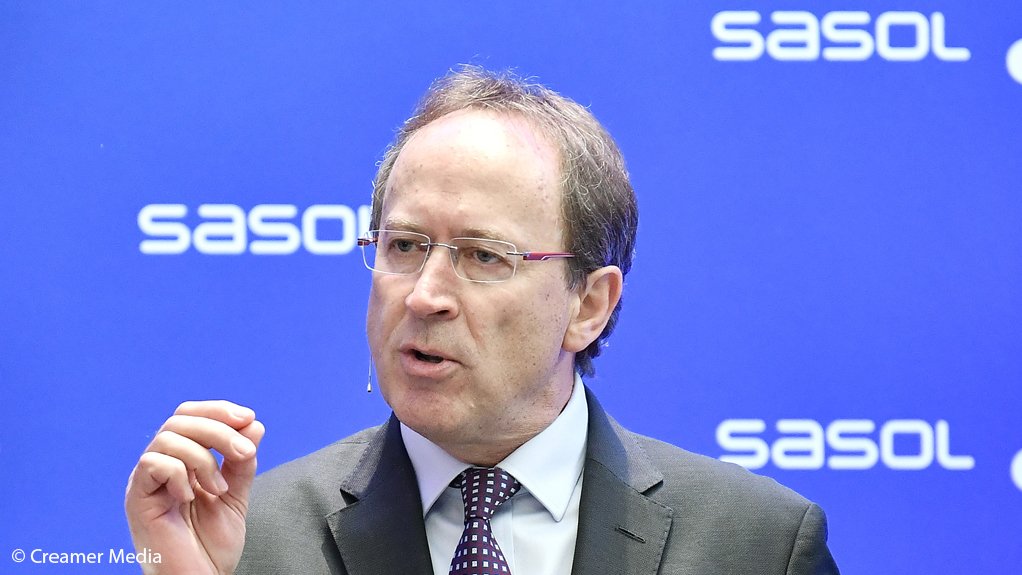 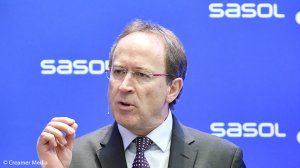 South Africa’s carbon-heavy fuels and chemicals group Sasol is poised to announce a “substantially higher” target for the reduction of its greenhouse-gas emissions following an intensive period of financial and organisational restructuring during its 2021 financial year.

Headline earnings also recovered strongly during the year, rising by more than 100% to R24.5-billion from a loss of R7-billion in the prior year, with earnings before interest and tax also recovering impressively to R16.6-billion.

CEO Fleetwood Grobler termed the year a watershed for the group, which he said set in place the foundation for a credible pathway to a “sustainable and greener business”, details of which would be released at a capital markets day on September 22.

In an interview with Engineering News & Mining Weekly, Grobler refused to be drawn on the size of the new decarbonisation target, confirming only that the level of ambition had been increased considerably when compared with the group’s current, and much-criticised, target.

Under the current target, Sasol has committed to reducing yearly emissions by only 10% by 2030, from a 63.9-million carbon dioxide equivalent (CO2e) tons 2017 baseline to 57.5-million CO2e tons by the end of the decade.

“We are indicating today that we have increased our ambition and we are also indicating that it is quite a [significant] increase in ambition and not an incremental increase . . .[but] we still have to sign that off through our internal governance processes before we get to the capital markets day in September.

The group has already indicated that it is planning to procure 900 MW of renewable energy from independent power producers (IPPs), 600 MW of which will be concluded in partnership with French multinational Air Liquide, which acquired Sasol’s 16 air separation units last year.

Grobler expects the recent regulatory reform allowing for larger consumers to implement renewables projects of below 100 MW in size without a licence as potentially supportive of an accelerated roll-out by IPPs, but stressed that Sasol was committed to procuring renewables regardless of the regulatory environment.

He again stressed that Sasol saw itself as becoming a leading participant in South Africa’s high-potential green hydrogen sector, having already announced partnership on a hydrogen corridor with Toyota and an intention to integrate green hydrogen into its Fischer-Tropsch processes to produce carbon-neutral jet fuel.

Green hydrogen is produced by using renewable electricity to split water, using an electrolyser, into hydrogen and oxygen.

“That’s the latent potential that we have to – eventually and depending on costs – bring into the fold of green hydrogen.

“Fischer-Tropsch doesn’t care if the hydrogen comes from gas or coal or [by splitting water using renewables], it likes hydrogen in its purest form.”

However, Grobler also continues to see a key role for natural gas in displacing coal in the short to medium term to support the group’s decarbonisation efforts, despite growing pressure for the eradication of all fossil fuels.

“The mix of fossil fuel towards renewables will change, but the fact remains that you can’t do it all in one or two years . . . it will happen, the question is how quickly will it happen.”

Besides revitalising its drilling in Mozambique, which has been negatively affected by Covid-19 to the point that production would slip during the 2022 financial year, Sasol is assessing ways to supplement its gas sources.

These supplementary sources could either be in the form of liquefied natural gas imports through Matola or Richards Bay, or, in the longer term, through a pipeline to the large gas fields of northern Mozambique.

Most of the investment would be of a sustaining nature or to improve environmental compliance, however, with any larger growth projects, including in the area of green hydrogen, likely to be initiated only during the second half of the decade.

Grobler stressed that, absent the progress made financially and organisationally since the group announced its crisis response plan in March 2020, the platform would not have been in place for the “sustainable reset” of the group.

“This result gives us the platform to address our greenhouse-gas reductions . . . and to take the future on.”