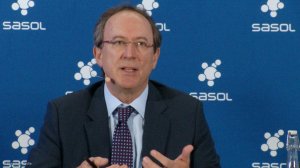 Sasol CEO-designate Fleetwood Grobler insists that he is “realistic” about the challenges still confronting the chemicals and energy group, which parted ways with its previous joint CEOs on Monday, following a damning board review of cost and schedule overruns at the giant Lake Charles Chemicals Project (LCCP), in Louisiana, in the US.

The review confirmed that the LCCP could cost as much as $12.9-billion to complete, well above the initial price-tag of $8.9-billion.

To date, $12.2-billion has been invested and the core ethane-cracker component of the project achieved beneficial operation in August. Sasol is currently forecasting that 90% of the LCCP nameplate capacity will be operational in the second quarter of Sasol’s 2020 financial year.

Addressing staff and stakeholders in Sandton only hours after Bongani Nqwababa and Stephen Cornell resigned as part of what outgoing chairperson Dr Mandla Gantsho described as a “leadership reset”, Grobler said his immediate focus would be on short-term actions aimed at salvaging the group’s tarnished reputation and rebuilding trust.

“Realism, focus and delivery”, Grobler said, would be his watchwords when he officially took over as CEO on November 1.

Grobler told Engineering News Online during an interview that his immediate priority would be to focus on delivering the LCCP within the revised cost estimate and schedule, while managing the group’s near-term balance-sheet constraints.

The company’s gearing is set to peak at about 65% during 2020. The revised peak-gearing figure is well ahead of a previous internal target of 49% and a key reason for the board’s decision to not declare a full-year dividend.

Simultaneously, Grobler would preside over the disposal of noncore assets worth some $2-billion, while overseeing the finalisation of a “sustainability roadmap”, which will focus strongly on reducing Sasol’s carbon footprint.

Grobler would also seek to implement a change in a culture of “excess deference”, which the board review highlighted as a key reason for the failure to pass on accurate and realistic information on the LCCP.

The review, which is now complete, led to Sasol delaying its year-end results twice from an initial date of August 19.

During a media briefing prior to the release of the full-year results, Gantsho attributed many of the problems at the project to a lack of megaproject competence within the project management team (PMT), as well as a  “culture of fear”, which undermined transparent reporting of the problems.

“It is the board’s assessment that the former leadership of the LCCP PMT’s conduct was inappropriate, demonstrated a lack of competence, and was not transparent,”

Gantsho added that, as part of the remedial actions, disciplinary action had been instituted against the executive VP previously in charge of the LCCP and a separation from the company of the three senior VPs with roles in the project.

The board believes, however, that further remedial steps are required to embed a new culture at the company to ensure the flow of “bad news” to the leadership.

Gantsho insisted that the board found no evidence of misconduct or incompetence by Nqwababa and Cornell, describing their October 31 departure as the outcome of “an amicable mutual separation with the company”.

Grobler had been at Sasol for over 35 years and prior to his most recent appointment was executive VP for chemicals. He had also, in recent months, been called in to play an active oversight role for the LCCP, a responsibility he will sustain over the final stages of the project.

He told Engineering News Online that, while it was critical to finalise a roadmap for Sasol’s long-term sustainability, his immediate focus would be on short-term delivery. “If we can deliver over the short term, many more exciting options will be available to us over the medium to long term.”