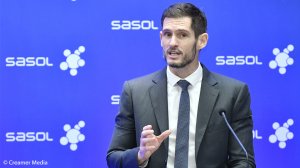 Energy and chemicals group Sasol has indicated that its capital expenditure (capex) will continue to taper during its 2020 and 2021 financial years as the group seeks to deleverage a balance sheet that reached “peak gearing” of close to 65% in the six months to December 31, 2019.

During the current financial year, which ends on June 30, 2020, the JSE-listed group would invest R38-billion, of which R14-billion was earmarked for the completion of its troubled Lake Charles Chemicals Project (LCCP), in Louisiana, where the capital budget has swelled to nearly $13-billion from an initial estimate of below $9-billion.

During the 2021 financial year, Sasol expected to reduce its capex further to R30-billion, with only R3-billion of that set aside for growth projects and the balance for sustenance capital. During the 2019 financial year Sasol spent R56-billion on capex on the back of the R53-billion invested during its 2018 fanatical year.

The Sasol board decided not to declare an interim dividend to “protect and strengthen our balance sheet” having also refrained from declaring a full-year dividend in 2019.

Victor said that a dividend could not be considered in a context where gearing was above 55%. Such a scenario was expected to prevail for at least the next six months, which meant the prospects for a full-year dividend were “probably low”.

“Discretionary growth capital in 2021 will be tapered down in our efforts to pursue the deleveraging of the balance sheet and to ensure that we manage and navigate peak gearing during this volatile [macroeconomic] period.”

The group’s long-term objective was to manage its gearing in a range of between 25% and 35% net debt to equity.

Meanwhile, Sasol reported a 72% slump in earnings to R4.5-billion in the six months to December 31, 2019, compared with the prior period, while headline earnings a share decreased by 74% to R5.94.

The company attributed the fall in earnings to a 9% decrease in the rand price of a barrel of Brent crude oil during the period, as well as softer global chemical prices and refining margins, lower productivity at its mining operations and a negative contribution from the LCCP.

Revenues at the LCCP, which was currently ramping up, did not match the costs expensed and negatively impacted earnings by R2.8-billion during the period. Earnings from the project were also negatively impacted by finance charges of R2-billion as the LCCP units reached beneficial operation.

Victor said the revenue-to-cost match would improve in the second half of the financial year and would be more “profoundly” felt in the 2021 financial year.