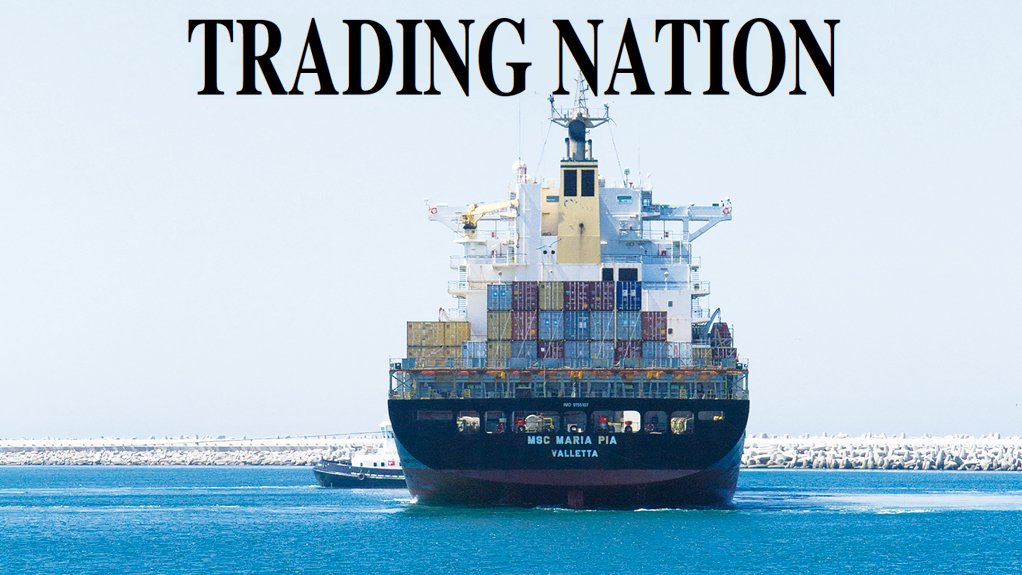 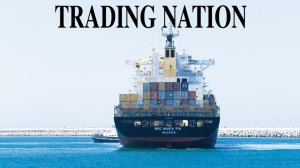 The Department of Trade and Industry’s (DTI’s) Integrated National Export Strategy (INES) aims to help improve the global competitiveness of South African exporters and tap the export-led economic growth benefits that have flowed to other developing countries in recent decades.

The strategy was launched in March last year and is being managed by the department’s Trade and Investment South Africa (Tisa) initiative, with the aim of attaining the 6%-a-year export growth target by 2030 envisaged by the National Development Plant (NDP).

Trade and Industry Minister Dr Rob Davies says the objective of the strategy is to increase the country’s “capacity to export diversified and value-added products and services to various global markets”. The strategy aims to support a doubling in manufactured exports in ten years and to expand the export of services to constitute 40% of total services supplied by 2030.

Further, the INES aims to improve South Africa’s export performance by creating a conducive environment for local trade, aimed ultimately at improving the competitiveness of companies and associated sectors “by ensuring that industrial competitiveness translates into international competitiveness”.

As such, the strategy has been aligned to other national development strategies, such as the Industrial Policy Action Plan (Ipap).

Meanwhile, Davies highlights that, to attain the export growth targets of the NDP, Tisa has identified the need for “a streamlined approach to export development”, which is “supported by strategic export promotion in line with global best practice”.

Some of the export promotion mechanisms employed by Tisa and the DTI include national pavilions at trade shows, trade missions and investment and trade initiatives, and unconventional interventions. Davies highlights that these interventions are aimed at creating visibility and market access for South African exporters. “The efforts, in collaboration with the private sector, aim to provide the right exposure for South Africa’s exporters and to South Africa’s products by increasing the visibility of South Africa as a supplier of choice in order to integrate into regional and global value chains,” he adds.

To date, the DTI has generated 1 106 trade leads for local exporters through national pavilions, trade missions and foreign offices. Further, it has facilitated 45 export awareness seminars and capacity-building initiatives.

Further, the number of participants in the Global Export Passport Programme (GEPP) has increased to 2 126. The GEPP is a four-tiered export readiness capacity-building training programme, which forms part of the DTI’s National Exporter Development Programme that was launched in 2013.

Business forums have also been held on the sidelines of State visits to Iran, India, France, Kenya and Zambia.

Davies notes that an outcome of last year’s Brics (the bloc comprising Brazil, Russia, India, China and South Africa) Summit included the coordination of the development of key projects of interest to South Africa and the continent by the South Africa chapter of the Brics Business Council.

TRADE HEADWINDS
However, the DTI acknowledges that there have also been a number of challenges hampering greater export volumes from South Africa. “The current global economic condition, the slowing world trade and further constraints on the fiscus are beginning to impact on the ability to deliver on key projects,” Davies says.

He highlights that developing economies, including South Africa’s, are generally associated with low levels of market diversification and a small export base, compared with developed economies, leading to greater market volatility, which results in weaker export performances. Davies explains that export diversification allows countries to reduce their vulnerability to external market shocks and generally results in higher rates of economic growth.

“Tisa is currently enhancing its export composition by diversifying into new markets with exports, as well as by intensifying its present export basket of value-added, manufactured and beneficiated goods and services,” he asserts, adding that the Market Diversification Strategy of the INES places greater emphasis on high-growth emerging markets, particularly among Brics member States, as well as in Africa, Asia, Latin America and the Middle East.

Meanwhile, Davies points out that the changing global and local economic climate has resulted in Tisa realigning its export promotion strategy with prevailing economic conditions, including sluggish growth, a weakening rand and constrained human and financial resources, as well as external factors such drought, infectious diseases and terrorist attacks, all of which adversely impact on South Africa’s ability to export.

Thus, Tisa will give greater prominence to the services sector and is in the process of launching a services export strategy aimed at helping South African firms integrate into the global supply chains of multinational firms, particularly by promoting local subcontractors in international power and infrastructure projects, and the built environment.

In addition, Tisa will continue to provide support for exports of manufactured products in the key sectors identified in Ipap. Further, Tisa will continue supporting sectors that showcase South Africa’s value proposition in its traditional markets of Europe and North America, which Davies notes “include unique natural ingredients, an unparalleled organic sector, component manufacturing and resources equipment and technology services in Latin America”.

Tisa also recently reviewed its regional target market, which Davies explains “necessitates that South Africa also leverage its unique value propositions in order to retain or improve current trade in the identified target markets, such as Asia, Africa and the Middle East, where distinct capabilities in technology and skills transfer, high technology solutions, agroprocessing and supply capabilities have been proven”.

One of the greatest barriers to accessing export markets is transport and tariff costs. Steel and Engineering Industries Federation of Southern Africa chief economist Dr Michael Ade points out that, although matters regarding tariffs are constantly being addressed, it is difficult to overcome the significant transport costs because goods are often transported over road rather than rail.

He points out that companies can buy coal at $300/t; however, transporting the coal to their facilities will increase the cost to about $1 000/t. “Transport is such a big problem that [not having] a broad strategy to try to bring down transport costs will see the overall goal stymied.” Ade adds that it is important to address these challenges to increase export volumes, as most exports for subcomponents manufactured by the metals and engineering sector are destined for countries throughout Africa.

Export destination trends for 2016 remained relatively unchanged, compared with 2015, Ade notes, with Africa, Asia and Europe being the largest export destinations for the sector, constituting 37.3%, 27.8% and 20.9% respectively.

Meanwhile, South Africa Capital Equipment Export Council CEO Chris Beyers states that efficient and cost-effective infrastructure is required for local exporters to be more competitive. However, he notes that the current tariff structures are significantly more expensive than in other parts of the world. “In South Africa, we tend to say we need to be as good as the rest of the world. Today is not good enough anymore. We need to be better than the rest of the world,” he asserts.

Davies points out that export and import tariffs have not yet changed as a direct result of the INES. “South Africa is pursuing a strategic approach to tariff reform and tariff setting for agriculture and industrial products, so that tariffs support industrial development, employment generation, investment attraction, productivity growth, food security and rural development.”

He highlights that tariff determinations are conducted on a case-by-case basis following detailed investigation and analysis by the International Trade Administration Commission of South Africa. Thus, there are no predeterminations of the benefits or costs of maintaining either low or high tariffs. However, Davies points out that the upper limits for setting tariffs in South Africa are determined by the World Trade Organisation and other bilateral trade agreements.

“As a general guideline, tariffs on mature upstream input industries could be reduced or removed to lower the input costs for the downstream, more-labour-creating manufacturing sectors. Tariffs on downstream industries, particularly those that are strategic from an employment or value-addition perspective, may be retained or raised to ensure long-term sustainability and job creation in the context of domestic production capabilities and potentialities,” he explains.

Another significant barrier exporters identify is access to finance.

Rodseth explains that local exporters often need to dig deep into their pockets to trade in some countries, which then creates uncertainty regarding when a return on investment will be made.

One of the mechanisms the INES suggests could mitigate this challenge is the development of an export credit agency (ECA) simi- lar to the US’s Export-Import Bank (Exim).

While South Africa does have an ECA in the form of the Export Credit Insurance Corporation (ECIC), Rodseth notes that it only provides political and commercial risk insurance for the financiers of South African exporters of capital goods and related services. “In some cases, we have lost out big time to countries that have understood the value of going into export markets with a complete package and service that includes financing,” she asserts.

Davies points out that the ECIC is currently being reviewed and enabling legislation is being considered to assist the institution in developing new approaches and innovative offerings, including the consideration of a South African Exim bank. “In this regard, review visits were undertaken to India and China to engage with their Exim banks and like institutions to understand their offerings and institutional arrangements,” he concludes.