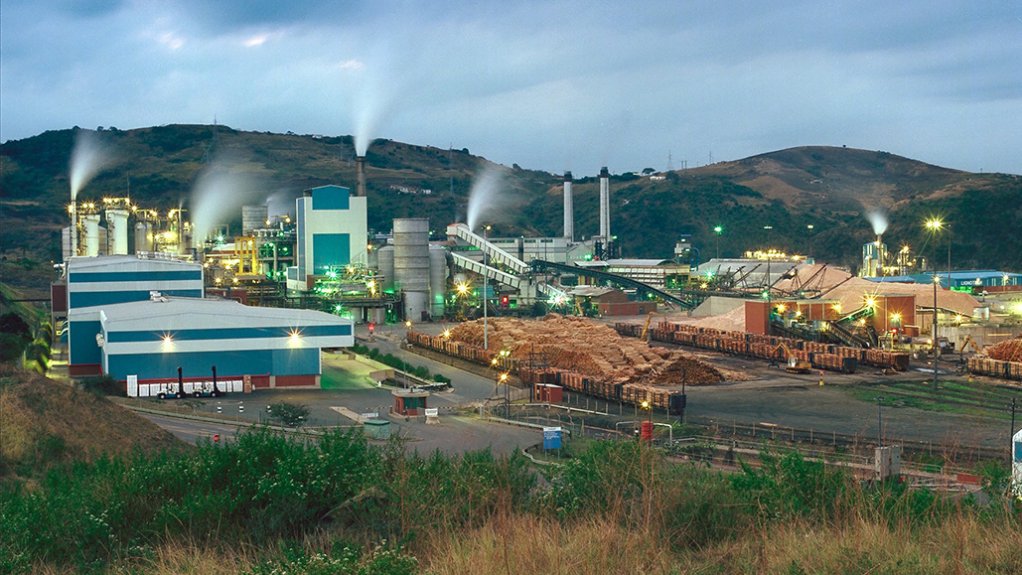 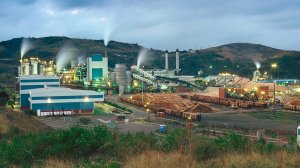 The company on August 4 said this was an “excellent achievement against a backdrop of significant geopolitical turmoil, supply chain headwinds and extraordinary global inflationary pressures”.

Ebitda for the quarter under review was higher than the Ebitda of $145-million report for the third quarter of the prior financial year.

Sappi noted that strong global paper demand and pricing momentum had offset sharply rising costs, as well as the negative impact of maintenance shutdowns in the pulp part of the business during the quarter.

“The sizeable cash generation during the quarter supported our strategic objective to de-gear the balance sheet and accelerated our timeline to reduce debt,” Sappi said, noting that Covid-19 lockdowns in China and the ongoing Russia-Ukraine conflict exerted renewed pressure on global supply chains and energy prices, resulting in further broad-based inflation during the quarter.

During April, floods forced the temporary closure of the company’s three mills in KwaZulu-Natal, resulting in a loss of 24 000 t of production and 32 000 t of inventory, which was damaged in a warehouse at the Durban port.

The insured margin on the damaged inventory and business interruption of $19-million were recognised in Ebitda.

Meanwhile, the hardwood dissolving pulp (DP) market price rallied to $1 200/t on the back of buoyant viscose staple fibre (VSF) prices, which reached their highest level since 2017, Sappi said.

Global DP supply-side constraints, including the company’s own flood losses and a major fire at another large market player, served to tighten DP markets, which further bolstered the price upswing, the company explained.

However, the profitability of the pulp segment was impacted negatively by the maintenance shutdowns at all three DP mills, significant input cost inflation and lower-than-planned sales volumes.

Production at Sappi’s Saiccor mill was unstable after the April floods and the scheduled maintenance shut. In addition, further challenges were experienced at the Durban port after the floods led to renewed congestion, which delayed shipments of about 24 000 t at the end of the quarter.

Consequently, DP sales volumes were limited to 217 000 t in the quarter.

However, graphic paper sales volumes were 4% higher than the prior year, as the segment benefited from tight market conditions, which supported selling price increases and drove margin growth, the company said.

These favourable market conditions enabled all assets to run at full operating rates during the quarter, Sappi reported.

The packaging and speciality papers segment reached another record level of profitability, Sappi said, despite flat year-on-year sales volumes, which were constrained by available capacity and low inventory levels in North America and South Africa.

Earnings a share of $0.39 – excluding special items – substantially improved on the $0.05 of the prior comparable quarter.

Special items reduced earnings by $34-million, which related mainly to a negative plantation fair value adjustment of $16-million and the net loss after insurance proceeds for the South African floods of $19-million.

Owing to the higher profitability, net cash generated for the quarter of $170-million was substantially better than the $49-million generated in the prior comparable quarter, despite an outflow of working capital related to inflationary increases for inventories and accounts receivables, Sappie reported.

Capital expenditure of $93-million was in line with expectations, the company said.

Net debt of $1.53-billlion was $525-million lower than a year before owing to strong cash generation and a positive translation impact of a weaker euro to dollar exchange rate on the predominantly euro-denominated debt.

Sappi also reported a “substantial” improvement in the profitability of the European business owing to favourable market conditions, which the company said had facilitated selling price increases in the paper segments and enabled the region to offset higher costs across all input categories.

“Tight markets and higher selling prices contributed to this achievement despite high cost inflation. Further progress was made on optimising the product mix for the assets,” Sappi said.

The South African business, however, experienced a challenging quarter. Aside from the floods in April and maintenance shutdowns, the profitability of the pulp segment was negatively impacted by a combination of reduced sales volumes, lower Verve contract pricing based on the prior quarter’s weaker market price and substantial cost inflation.

Sappi said packaging paper sales volumes were constrained by low inventory levels following a strong start to the year, and were exacerbated by lost production and damaged stock owing to the floods in April.

“Tissue, office and newsprint paper markets remained tight and customer demand exceeded supply in these categories,” Sappi noted. However, it said that the positive market environment supported price increases, which were necessary to offset rising costs.

Substantial raw material inflation across all categories and operational inefficiencies at Saiccor drove a year-on-year variable costs increase of 46%, the company said.

Fixed costs increased by 12% primarily because of personnel and additional maintenance costs associated with the shutdowns at both the Saiccor and Ngodwana mills.

“Although macroeconomic uncertainties related to geopolitical volatility within Europe and persistently high global inflation may dampen consumer sentiment and discretionary spend in the short term, we expect the favourable price levels and strong demand for our products to continue in the fourth quarter,” Sappi said.

The markets for DP were expected to remain tight owing to ongoing logistical challenges and supply constraints, while demand from Sappi customers reportedly remained healthy.

“The benefit of the higher market pricing in the third quarter will support margins on our contracted sales in the fourth quarter,” the company said.

However, in late June, global recessionary fears prompted a broad-based selloff in commodities, which triggered a sharp drop in cotton prices in China. The differential between cotton and VSF pricing has been eroded, Sappi said, adding that VSF pricing may come under pressure, which could impact future DP prices.

Despite early indicators of the graphic paper market softening in some of the company’s sales regions, Sappi said its order books remained “healthy”.

While input cost inflation was likely to weigh on margins in this segment, the company said it still expected favourable margins that were significantly above long-term trends.

“Demand from our packaging and speciality papers customers remains robust. This segment has proven to be resilient through economic downturns and we will continue to focus our efforts to optimise product mix and maximise sales volumes,” Sappi said.

The company noted, however, that the ongoing threat to gas and energy supplies in Europe posed a potential risk to its European business.

“To date, our energy risk mitigation strategies have successfully neutralised cost impacts, and we will continue to monitor developments and take action where appropriate,” Sappi said.

Capital expenditure was estimated to amount to about $395-million for the full financial year.

“Notwithstanding inflationary cost pressures, we are anticipating another strong performance in the fourth quarter, with Ebitda below the record levels achieved in the third quarter,” Sappi said.