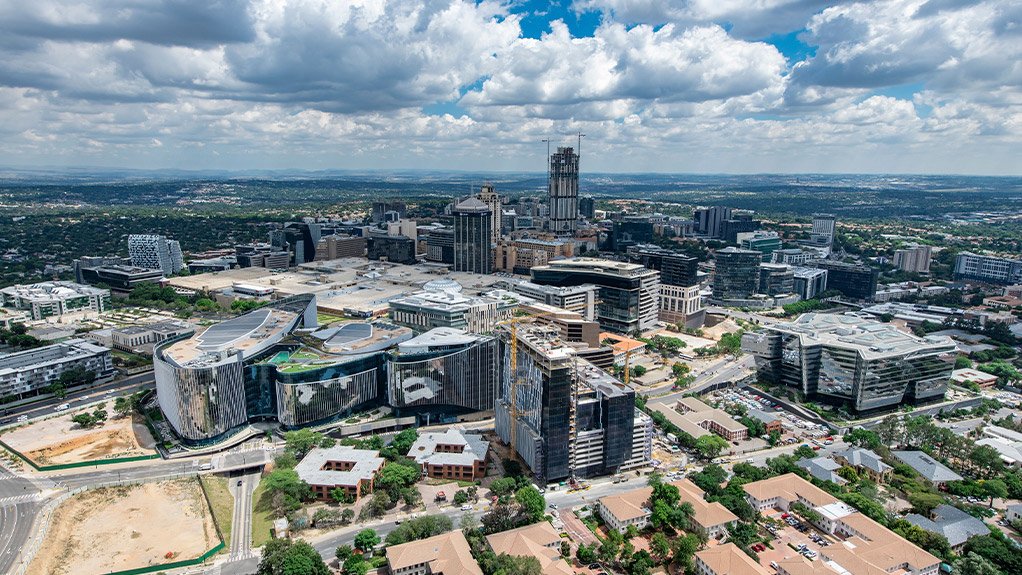 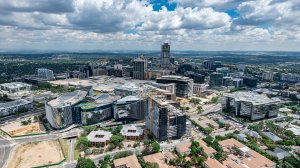 SCMD also noted that, according to a South African Property Owners Association (Sapoa) Office Vacancy Survey for the first quarter of 2019, 26.4% of the country’s new office space had been built in Sandton Central.

The Sapoa survey had showed that only 2.5% of the space under development in Sandton Central was unlet and that the prime-grade office space was dominated by large, single-tenanted corporate head offices.

Among the new buildings is Katherine Towers, which is a 20-storey building at 1 Park Lane. It has 22 000 m2 of lettable space and includes 11 floors of prime-grade offices, which are fully-let and will be occupied by enterprises including Bidvest Bank, Peregrine, Citadel and White & Case. It is scheduled to be completed in September.

Katherine Towers represents an investment of roughly R800-million. It has earned a 4-Star Green Star rating from the Green Building Council of South Africa and features terraces on all floors and panoramic views of Sandton and the Inandas.

Further, the 55-floor Leonardo now stands as the tallest building in Africa, and will be completed in October. The development started in 2015 and includes sectional-title offices, apartments, a hotel, penthouses and The Leonardo Suites.

Meanwhile, The R850-million Hotel Sky is being built on the corner of Maude and West streets and is scheduled for completion in mid-2020. The six-floor, 454-room hotel will span 16 000 m2.

“It is targeted to Millennial travellers and will offer banqueting, high-technology conferencing, a heated swimming pool with an alfresco pool bar, spa and gym, a grand foyer piano bar, two restaurants and a cocktail lounge.”

Additionally, the 13 500 m2 2 Pybus Road office development was completed in February and comprises nine floors of 1 500 m2 each. The building also has a 4-Star Green Star rating. Its major tenants are Group One Advocates and Rivonia Group of Advocates.

At 155 West street, JSE-listed property developer Redefine Properties completed the R133-million refurbishment of the six-floor 26 500 m2 building in March. Most of the building has been taken up by WeWork, which is joined by Jempster and specialist recruiter Robert Walters, as well as others.

“Sandton Central continues to attract investment and new real estate developments, which is a strong sign of investor confidence in the neighbourhood. Additionally, Sandton Central benefits from improvements to transport infrastructure into and around the area,” said Jack.

“The public urban spaces of the cosmopolitan financial hub are well-managed and underpin Sandton Central’s ability to attract new developments. SCMD helps to manage the environment. It strives to provide an exceptional overall experience for locals and visitors,” she said.