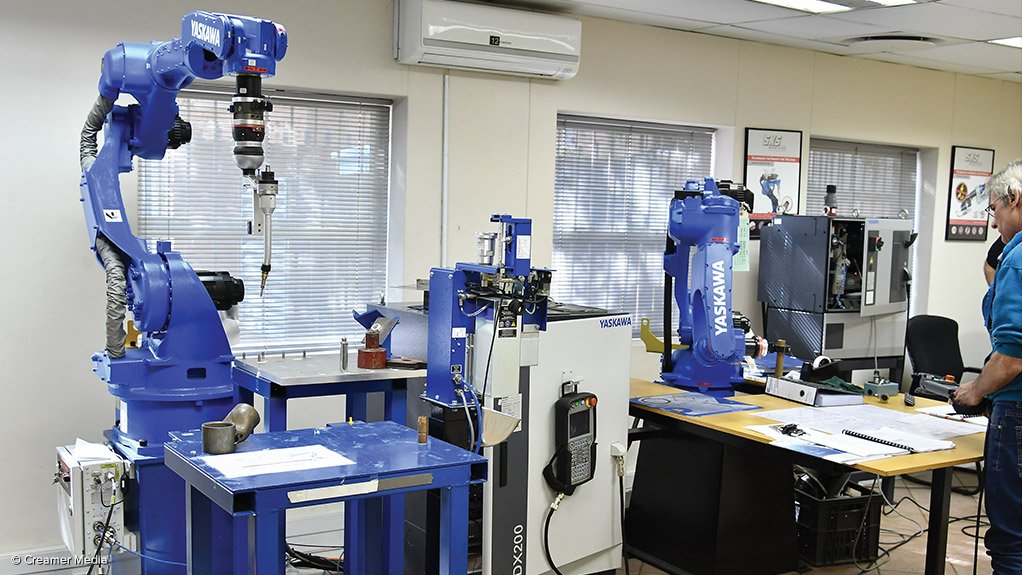 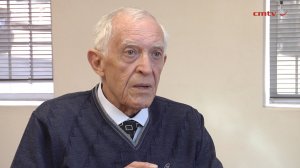 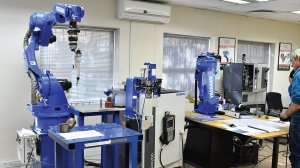 The programme comprises the training of robotic-welding operators, skilled welders and welding engineers.

“What we are trying to achieve together with the SAIW is to give students an opportunity to complete a basic welder training course, whereafter those who obtain good marks in their exams will be offered the opportunity to enroll in a robotic welding course,” says Yaskawa Southern Africa chairperson and key account manager Terry Rosenberg.

He indicates that “robotic welding” is a skill that the automotive industry wants the SAIW to introduce to train welding people and so provide greater work opportunities for them thereafter.

Rosenberg explains that a robotic-welding operator represents the entry level of the robotic skills of the programme, while the second level comprises the robot-welding programming, where basic, advanced and master levels programming are taught.

“SAIW is doing a good job of basic welder training and inspector training programmes. Welding covers a spectrum of education, such as training welding operators, which comprises general work; training skilled welders, which requires matric; and welding engineers, which requires a university degree.”

He notes that, for the training of robot-welding operators, individuals require basic literacy, which is equivalent to the requirements needed for being a general worker. “For robot-welding programming, individuals are required to have passed Grade 12, with good performance in maths literacy and physical science to be able to learn the technical skills.”

Rosenberg mentions that Yaskawa will train the SAIW trainers, who, in turn, will train people and when they graduate from robot welding school at SAIW, Yaskawa will offer them an advanced course in robot-welding software programming at its robotic academy in Longmeadow, in Johannesburg.

“This will improve their chances of getting employed as the robot user industry is constantly looking for people who can robot weld, as they are as scarce as hen’s teeth. Companies hold on to the good ones out there because there are so few of them.”

Moreover, he advises that people should think of robots as another manufacturing tool, with people needed to program them to do the job, and that is when the welding education aspect becomes important.

Rosenberg tells Engineering News that the company is planning to launch an enterprise development programme for its robot welder graduates within two years.

He says Yaskawa will create, in cooperation with key industry players, incubation centres where some of the qualifying graduates from its school can acquire business skills and help them to establish small businesses.

“We will encourage the automotive manufacturers to support these small businesses by providing them with contracts to manufacture a few components. This will start developing small independent businesses . . . ” Rosenberg concludes.

To watch the video in which Yaskawa Southern Africa chairperson and key account manager Terry Rosenberg provides his perspective on robotic welding in South Africa, and Yaskawa’s relationship with the Southern African Institute of Welding, scan the barcode with your phone’s QR reader, or go to ‘Video Reports’ on www.engineeringnews.co.za