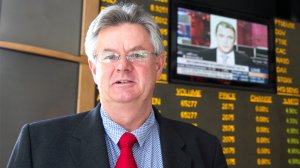 JOHANNESBURG (miningweekly.com) –The rights issue that Johannesburg Stock Exchange-listed Sable Exploration and Mining is to undertake at R1 a share will be followed by a transaction at R5 a share, giving an immediate fivefold uplift to the shareholders of the company.

“We’re proceeding with a R50-million rights issue at R1 per share and we’re acquiring these assets at R5 per share so there is an immediate uplift for shareholders who follow their rights in the first part of the transaction,” Sable Exploration and Mining CEO James Allan told Mining Weekly in a Zoom interview. (Also watch attached Creamer Media video.)

It further quoted Magni co-founder Aubrey Chauke as adding that the company’s mandate is to invest in broadly inclusive and commercially sound businesses that drive sustainable growth and social transformation, while delivering shareholder returns.

With its diversified commodities portfolio, Magni aims to enlist some of this portfolio into Sable to enable growth, sustainable value and better returns for investors, SENS stated.

In this reverse listing, Sable will undertake, in the first stage of the transaction, the rights issue of 50-million shares at R1 each, of which about R20-million worth of shares will be underwritten by various Sable shareholders.

Against the background of the shares of Sable Exploration and Mining being suspended on the Johannesburg Stock Exchange since September 2016, Allan took a step back to explain how prospective diamond investors in the then Middle East Diamond Resources – which is now Sable Exploration and Mining – decided against going ahead with their original alluvial diamond investment plans.

As a result, the then Middle East Diamond Resources ran out of cash in 2016 and, being unable to publish its financial statements, was suspended in September of 2016.

In the five years since, Allan has investigated very many assets and in doing so came across Magni’s suite of assets, which he describes as being very interesting.

“There are three assets that are cash generative in this transaction. One of them is a very good coal asset,” he said, adding that this would involve reprocessing a 40-million-tonne dump owned by Seriti at Van Dyk’s Drift plus the sale of the reprocessed coal to Eskom and back to Seriti.

The other two cash-generative assets are chrome assets, one a processing plant in Mooinooi, and the other a chrome mine in the Rustenburg area.

A fourth asset is an anthracite mine held under a prospecting right in Swaziland. Originally operated by Gencor in 1992, it was closed on the grounds of being too small for Gencor’s portfolio.

Mining Weekly: What will the transaction do for Magni's involvement in the resources business?

Allan: Magni is a very successful unlisted company that’s put together a decent suite of assets, not all of which are coming into Sable at this stage. Potentially some more of them could come in at a later stage but then it will be a related party transaction. What it does for Magni is it gives them access to a listed vehicle in which to raise capital and importantly it gives them access to the Gem Global Yield facility, which is initially a debt facility but with shares linked to it and the debt converted in shares.

Allan: At the moment they’re not playing any role in the transaction that we’re actually doing. That will come down the line once the Magni assets are listed  – and then Gem has signed an agreement with Magni to provide a $300-million facility over a period of time and Magni can choose to use this facility to raise capital by issuing shares and then getting capital from Gem to either develop an asset, like the mine in Swaziland, or to acquire other assets.

Mining Weekly: What are the other important aspects of this transaction?

Allan: We have sent a letter to the Johannesburg Stock Exchange requesting them to lift the suspension and this is critical for the rights issue, firstly because to do a rights issue, you’ve got have a listed traded share so that the shareholders can trade and then secondly, it’s really to acquire the Magni assets, and that puts cash-generative assets into the company and will give it a market capitalisation of round about R1.5-billion.

The commitment from Gem provides Magni with a share subscription facility of up to R4.4-billion for a 36-month period, following the public listing of Magni’s common stock.

Magni will control the timing and maximum number of drawdowns under this facility and has no minimum drawdown obligation, SENS stated.

On public listing, Magni/Sable would, SENS added, issue warrants to Gem to buy up to 8.3% of the total equity interests of Magni/Sable, as of such public listing or reverse merger date, at an exercise price equal to the public offering price at the time of listing or merger.