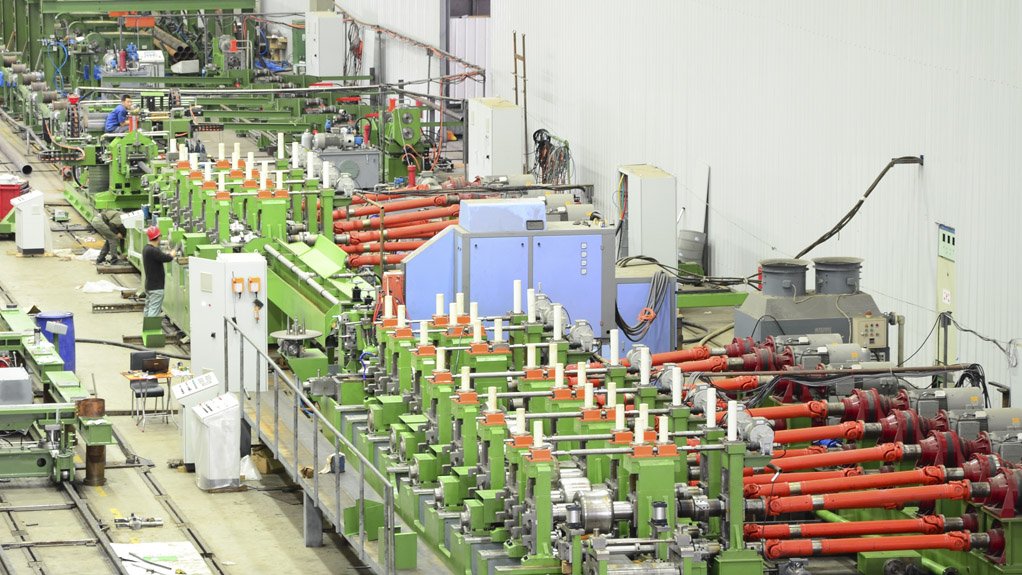 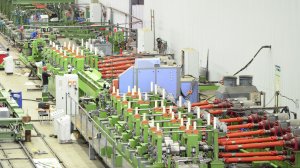 PIPE MILLING The new mill will manufacture structural, mechanical and conveyance products between 114 and 219 outer diameter

The new capital expenditure (capex) project to replace two older mills with one new mill at steel tube and pipe manufacturer Robor’s plant, in Elandsfontein, in Johannesburg, will be concluded in early 2017 with the installation of a fully automated mill capable of producing 60 000 t/y of pipe at a cost in excess of R120-million.

The company explains that the preferred suppliers of the mill were chosen after considering 27 different mill makers globally to ensure that the new mill performs to stringent technical specification requirements, such as the ability to automatically and quickly change rollers and change sizes.

“After we had chosen the supplier, we extended the commissioning of the mill by another year, to early 2017, although we had started the planning, optimisation and foundations of the manufacturing plant in advance,” explains Robor CEO Gordon Gilmer.

The new mill arrived during October last year and was packed in 39 containers with a number of components shipped as break bulk as they were too large to containerise, weighing in at a total combined mass of 650 t.

He explains that, according to manufacturer specifications, the new mill is one of the most advanced mills used by 219 mm outer diameter (OD) pipe line manufacturers globally, capable of a complete tool change in less than 30 minutes. This is achieved with the aid of a fully automated robotic tool changing system, the first of its kind on the African continent. It is expected that the mill will be commissioned during April and that production will start shortly thereafter.

In addition to meeting the global market requirements for 114 mm OD to 219 mm OD pipe, with its recent successful American Petroleum Institute (API) Q1 certification by the API, Robor will be in a position to strengthen its position in the oil and gas industries, he highlights.

Gilmer points out that, with more than 90 years of industry experience and high- quality manufacturing facilities, Robor is one of the leaders in the African steel industry. Located on a 250 000 m2 property, the company has developed a fully integrated steel processing facility which adheres to world -class standards like the ISO 9000/1400 and API Q1.

He explains that Robor is one of the largest suppliers of longitudinally welded steel tube and pipe in Southern Africa with an installed production capacity of 250 000 t/y.

Gilmer concludes that, last year, Robor celebrated its tenth year of separation from industrial conglomerate Barloworld and becoming a management-owned business (MOB). “At the start of the separation, we wanted to own the company and resolved that it had to be different from our competitors. “We knew an MOB could have a greater impact on the steel industry – an industry that has been tough to compete in for many years.”