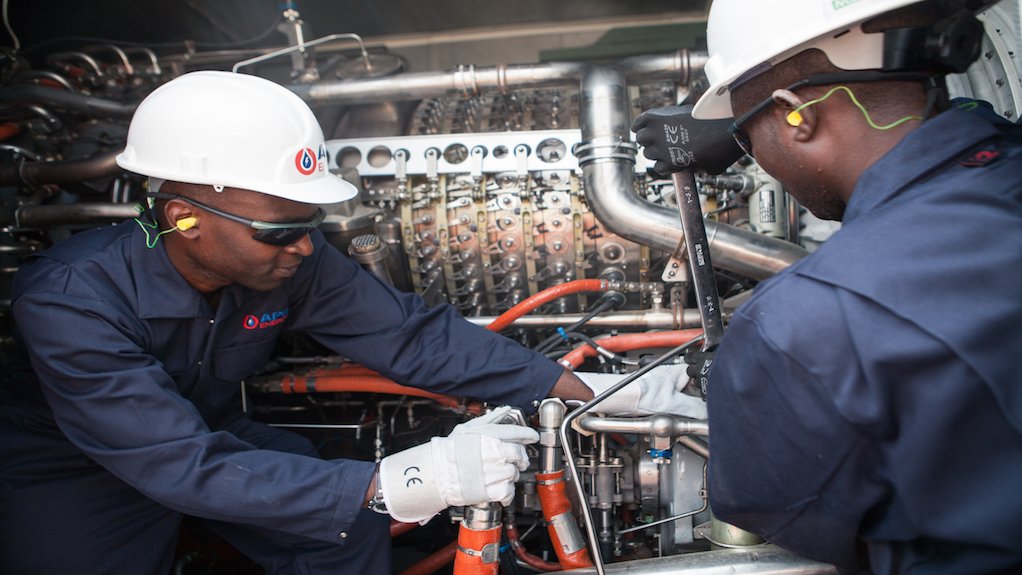 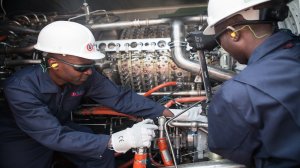 The prediction comes as the country develops infrastructure to use liquefied natural gas (LNG) for power generation. In the interim, Makanda states that South Africa could benefit from immediate access to additional generating capacity by running alternative fuels through mobile fuel-flexible turbines, which can transition to LNG once the infrastructure is in place and the fuel is available.

He says that, throughout the developing world, electricity utilities are pursuing greater energy independence in power generation through tailored fuel types and power mixes. Makanda states that liquid petroleum gas (LPG) is not widely used in the power generation sector; however, the fuel is a relatively low-cost, clean-burning fossil fuel and is largely unaffected by fluctuations in crude oil prices. He further explains that LPG is readily available globally and that the fuel is capable of ensuring the reliable power generation that intermittent renewables cannot.

Makanda highlights that dual-fuel turbines provide the flexibility to seamlessly switch between LPG and other fuels, allowing power generators to easily adjust fuel supply based on cost and availability. He calls it “a mobile fast-track power solution”, and emphasises that, owing to high-quality mobile turbine technology, the dual-fuel turbines offer a myriad of benefits. He states that, as an environment-friendly bridging option, it will enable interim economic growth while South Africa develops the infrastructure needed to support its gas-to-power programme.

The primary cost determiner for fossil-powered generation is fuel, says Makanda. He adds: “With the global crude oil price rapidly declining from $100/bl in 2014 to less than $30/bl in early 2016, petroleum derivatives such as diesel fuel and heavy fuel oil (HFO) have become increasingly cost competitive for fast-track power generation.” However, he warns that economic forecasts widely agree that global petroleum prices are rebounding after a significant two-year decline. “At the same time, with the growing availability of natural gas globally, prices for gas liquids such as LPG are expected to remain flat through to at least 2018, resulting in an anticipated cost differential of about 20% to 50%, compared with HFO and diesel,” Makanda says. He further says: “Based on these assumptions, an electricity utility could save tens of millions of dollars in fuel costs over two years, while operating 50 MW of turbine-powered generation on LPG.”

Besides the advanced turbine technology offering alternative fuel flexibility, Makanda says, there are many additional advantages to mobile fast-track power. “Firstly, gas turbines and reciprocating generators are easily transportable by land, sea and air. Also, the installation and commissioning are rapid, owing to minimal construction setup required for the modular solution.” He adds that rapid installation means reliable power generation in weeks as opposed to years, and the installations can last for as long as the need exists. Generating capacity can be located near demand, which means the need for transmission and distribution infrastructure is largely negated. Power losses that occur as electricity travels long distances across the grid are also negated by power users’ close proximity to the plant. There is minimal upfront investment, Makanda adds, as customers simply provide the site and fuel, avoiding long-term financing and credit issues. He emphasises that the advantages of switching from diesel-powered reciprocating engines to mobile turbines running on LPG are further magnified when one accounts for the significant emission and noise curtailment and benefits. Similarly, Makanda states that the higher power density of mobile turbines enables generation of the same amount of electricity on a fraction of the land, compared with reciprocating engines or renewable sources such as solar and wind power.

This means that mobile turbines are an ideal fit in areas with space constraints and markets where local economic drivers such as tourism require power generation to be unobtrusive, he concludes.