S Africa set to learn from the masters of water management, the Dutch 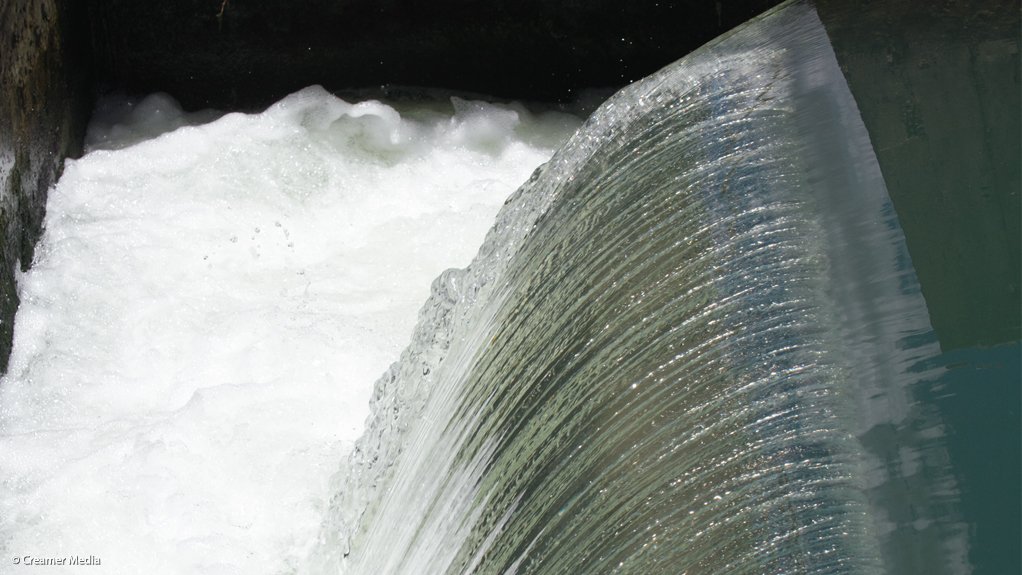 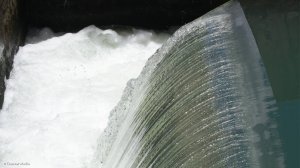 Water seemed to flow high above the heads of the people standing on the square of Amsterdam’s famous Rijksmuseum. “Spooky,” said one spectator. “It feels like I’m underwater,” said her companion.

This spectacular virtual flood created by the innovative Dutch artist Daan Roosegarde with LED light technology, software and lenses this year, was a sharp reminder to the Dutch that more than half of their country lies below sea-level.

The eerie mirage of waves which he created in his Waterlicht light show flowed at the level which real water would reach were it not for the country’s elaborate water protection system – including 22 000 kilometres of dikes - that keep the North Sea and the country’s many rivers at bay.

Henk Ovink, special envoy on water for the Netherlands, is proud of the inventiveness the Dutch have exhibited over the centuries in avoiding “wet feet”. They have built immense gates – each as long as the Eiffel Tower is high- which they can close to prevent a surge of water entering and destroying Rotterdam harbour, the biggest in Europe and sixth largest in the world.

Instead of sandbagging their coasts, as others do, they have constructed artificial islands just offshore, from which natural tides carry sand to the coast to restore beaches lost to storms. And their “Room for the River” project counter-intuitively withdraws dikes further from the flow of some rivers to allow the rivers to flow more broadly and therefore with less force and so less chance of breaking the dikes.

With such ingenuity and long experience, the Netherlands is recognised by the OECD as the world leader in water management. Ovink himself travels the world, sharing his expertise, including as a member of US President Barack Obama’s task force to coordinate the rebuilding of the large parts of the New York-New Jersey metropolis devastated by Hurricane Sandy in 2012.

And next week he will travel to South Africa with Dutch Prime Minister Marc Rutte who will be leading a large delegation of officials and about 65 companies in the water management, agriculture, horticulture, transport and logistics, health care and energy sectors, to boost partnerships with this country and seek business opportunities.

And so they will co-chair a meeting of experts from both sides during Rutte’s visit to advance implementation of the strategy. Ovink will also meet the Cape Town and Western Cape governments to continue their collaboration on the “Two Rivers Urban Project”, which aims to develop the Liesbeek and Black rivers in Cape Town, that are now polluted and flood-prone, into attractive places that will provide housing and recreational space.

The Dutch water delegation will also visit Pretoria, Johannesburg and Durban to offer their expertise in tackling many water problems such as increasing water scarcity and insecurity and rising seas and coastal erosion because of climate change. They will also match Dutch and South African water companies in partnerships.

Ovink said the meeting of experts which he will co-chair will also evaluate the Kingfisher project through which Dutch regional water authorities have been helping South Africa to establish its own equivalent “Catchment Management Agencies” (CMA) for the past ten years.

It seems entirely illogical for the Dutch to be offering their water expertise to South Africa when their main water problem is excess while South Africa’s is scarcity. That is especially true right now, with the parched African country in the grip of the worst drought in many years.

Yet Ovink says the essence of the Dutch water management system is not the designs or technology it has developed to contain the water, however ingenious they might be. It is the need for collaboration. Or governance. In 1122 the burgers of Utrecht decided they needed to get together to protect their land from the water. Until then they had each been been trying to protect only their own land.

“But every time I protect my land, it floods my neighbour’s,” says Ovink. So they established the first Dutch regional water authority to protect their land collectively, paying taxes to elected officials to manage the water.

The Netherlands now has 23 regional water authorities covering the whole country. They have taken the lead over the centuries in responding to the rising threat of flooding. The dikes and barriers have risen ever higher. With global warming threatening to raise ocean levels between 80 centimetres and three metres over the next 100 years, the dikes will continue to rise too.

The CMAs which the Netherlands is helping establish here were envisioned in the Water Resources Act of 1998 which set out the government’s water policy.

Now there are supposed to be nine of them, covering the whole country, each one managing a large river system or catchment area. But it’s taking a long time to set them up. Only two have already been created, the Inkomati/Usuthu CMA (ICMA) in Mpumalanga in March 2004 and the Breede-Overberg CMA (BOCMA) in the Western Cape in 2005.

South Africa’s Department of Water and Sanitation (DWS) as it is now called, in 2005 asked the associations of Dutch municipalities and water authorities to advise and support these two pilot CMAs on operational governance and management of water.

Because of the success of this cooperation, in 2012 the South African government again asked the same associations for more help, this time in establishing the other seven CMAs, especially with capacity building. This became the Kingfisher Programme. All nine CMAs were supposed to have been established by the end of this year but that’s not going to happen.

The other seven CMAs are now at various stages of realisation, with the Pongola-Mzimkulu CMA in KwaZulu-Natal, the Limpopo CMA in Limpopo and the Olifants CMA in Mpumalanga/Limpopo being most advanced. The other four are the Vaal CMA in the centre of the country; the Orange CMA in the Free State and Northern Cape; the Mzhimvubu-Tsitsikamma CMA in the Eastern Cape and the Berg-Olifants CMA in the northwest Cape.

Their job is to implement the National Water Resource Strategy (NWRS), published in 2004. That means managing all the water resources in their areas, above and below ground. They allocate water to farmers, the water boards which are responsible only for drinking water, farmers (who use 65 percent of the country’s water) and other users. They manage the quality of water and levy water tariffs from the users to finance their work. If a farmer needs more water to irrigate his crops, for instance, it is the CMA he has to ask to release more water from one of their dams.

Eustathia Bofilatos, Director of Institutional Governance at DWS, agrees with Ovink that even though South Africa and the Netherlands have very different water problems, “it all comes down to management. And the way they have got the planning to succeed, I think we could learn from that.”

“The most important thing is training; supporting us with developing the water master plan. They are very good at that; how to manage your water resources.”

The Dutch also have special technical skills to offer, she says, especially remote sensing: “collecting information and making it available; they are amazing at that.”

She cites the example of a Dutch App which can tell the CMAs that one farmer is using, say, three times the amount of water to irrigate his crops as another farmer planting the same crop on the same area of land.

“We can use that as a decision-making tool. So we can say, this farmer is using so much water, why is that farmer using triple the amount? Why do we have such water losses?”

Harry Tolkamp, senior strategic policy adviser for the Dutch Roer en Overmaas regional water authority, has been part of the Dutch support team to South Africa from the start, mainly working with the Limpopo proto-CMA.

He also stresses that the essence of what the Dutch have to offer is their expertise in “managing water quality and quantity in a very structured way. Good philosophy, good strategy, good policy to manage all those resources”.

Because South Africa’s water problem is scarcity, its challenge was “the allocation to all the different users so everybody can get what they need”. Or, if there isn’t enough, that they all at least get their fair share.

They also give advice to water users. And they protect people against floods, by building, maintaining and operating dams.

Municipalities are now responsible for sewage and water purification but Tolkamp says the CMAs will acquire another responsibility, ensuring that money allocated to municipalities for sewage is actually used for that purpose as municipalities too often use it for more popular and visible projects such as building sports facilities.

It was necessary to delegate the management of water from the national DWS to the regional CMAs because it is impossible for Pretoria to know what is happening on the ground all over the country, Tolkamp added.

Before the CMAs, the water bills from Pretoria contained a lot more errors and so many users simply did not pay their water charges. Now the bills are much more accurate and they do pay.

“So now we have a shift from only 20% or 40% is paid and 60% not, to 60% to 80% paid and maybe 20% not. And that’s a big change. Because as soon as you start paying for your water services which the CMA provides, you start being an owner of the water services. You’re protecting it, also as a water user. When you don’t pay for it, it doesn’t interest you. That may even be a shift in the policy of the people.”

With drought gripping the country, that shift in the attitude of South Africans, towards greater ownership and therefore a greater sense of protection and preservation of the scarce resource of water, could not have come at a better time.