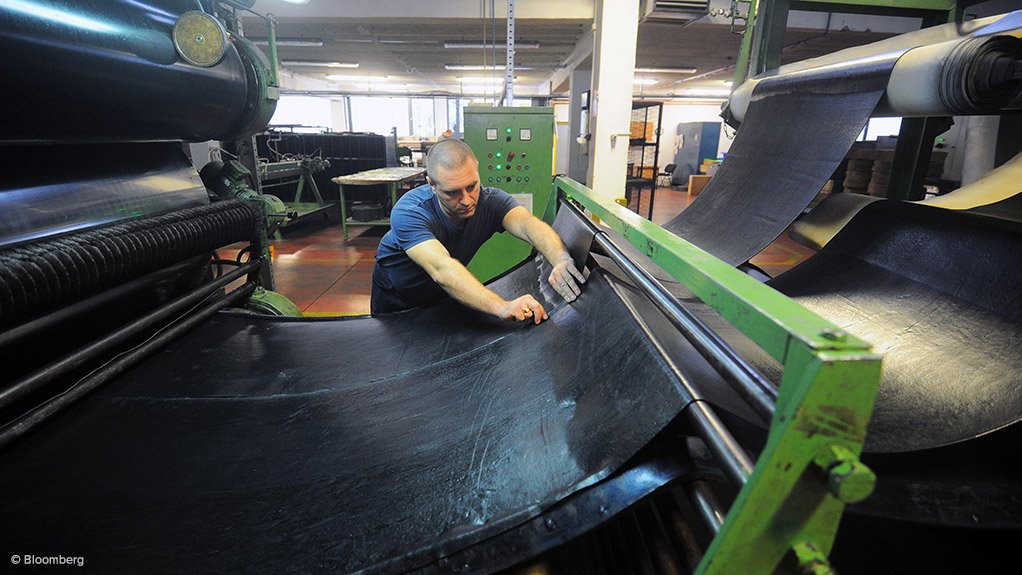 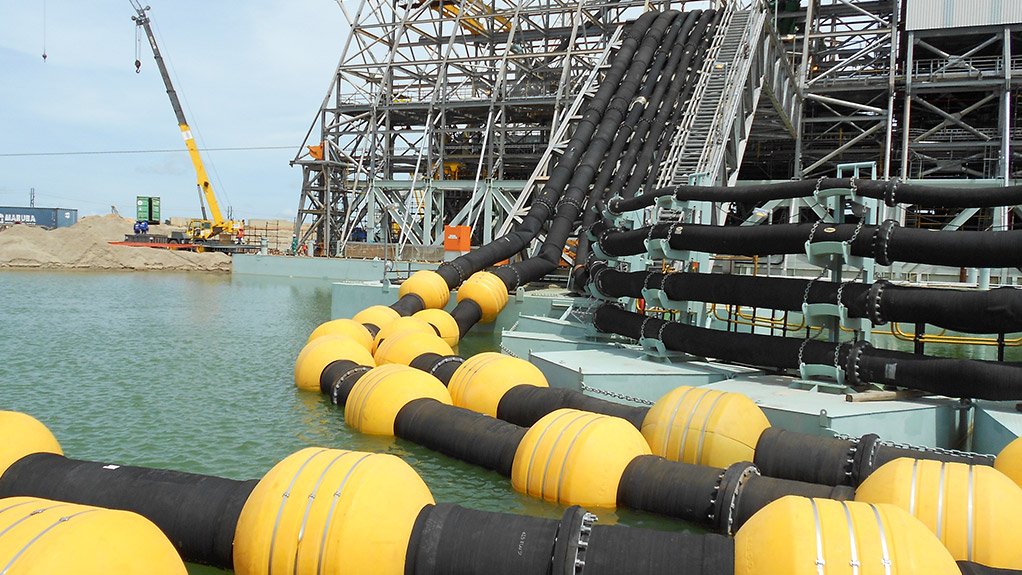 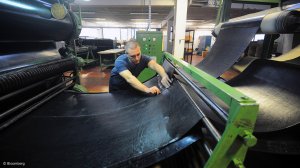 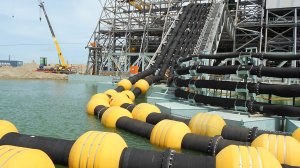 Photo by Bloomberg
INDUSTRY SURETY Transvaal Rubber Company secured business worth about R150-million for 2015
INCREASED LIFE The steel-ringed, high-abrasion-resistant rubber dredging hoses have doubled the lifetime of the hoses on dredging operations

Rubber manufacturing specialist Transvaal Rubber Company (Truco), which recently celebrated its 120th year in the industry, has already secured business – including projects and contracts in the supply of rubber hose, belting and sheeting in the general and mining industries – worth about R150-million for 2015, says Truco MD John Tait, who tells Engineering News that the company is confident it can secure more projects that are currently in the pipeline.

“Business in 2015 includes two significant orders for the mining industry in West Africa, to which we will supply rubber hose for slurry applications and textile-reinforced rubber conveyor- belt products,” adds Tait. These projects are expected to be complete in March and April.

Amid the increasing demand for a single solutions provider, for general piping needs, Truco invested in a new fittings division last month.

“Our plans for the year also include promoting the new fittings division, as it complements Truco’s products and provides a single solution for the mines in terms of all their specific rubber hose and piping product needs. Paired with the fittings division, we launched our new range of Camlock fittings last month to complement our rubber and polyvinyl chloride (PVC) hose ranges.

“We also aim to aggressively target the conveyor belt market, as the product is priced competitively and, with our on-site stock, Truco can also provide shorter lead times,” Tait highlights.

Tait explains that this is an advantage for the company, as many customers, particularly mines, specify a Victaulic stub-end for the rubber hoses as a requirement.

“As part of its International Organisation for Standardisation (ISO) 9001 system, and because it is a vertically integrated company, Victaulic has full traceability of the manufacturing of all our products. We, therefore, offer extended warranties on our products on a project-by-project basis.”

Further as part of its strategy “to stay on top of the game” and to deliver a quota product, the company refurbished its factory in Chamdor, Krugersdorp, in December, to meet and exceed ISO 9001:2008 standards.

According to Tait, owing to the 2014 strikes in the metal and platinum industries, both sectors, particularly the mining industry, are facing a tough time. As a result, the demand for rubber product supply is significantly lower than in previous years. He predicts that, with a lack of projects to sustain the entire rubber-manufacturing industry, and with local mines focusing on cost reductions, there might be company consolidations this year to mitigate current conditions.

“Nevertheless, we are seeing decent growth in the rubber sheeting, hose and conveyor belt divisions, owing to our customer focus and ability to work closely with our clients in meeting their specific needs. The rubber industry still sees yearly growth, as people continue to use rubber in industrial applications, owing to its longevity and versatility, Tait concludes.

One example is the success of Truco’s conveyor belting division, as the company managed to secure contracts in South Africa, as well as several orders for projects across Africa for this year, Truco MD John Tait tells Engineering News.

“In one of the conveyor belt contracts that we concluded in 2014 for a miner operating on the local platinum belt, Truco decreased the annual conveyor belt product spend for the group by 25%, as well as the average inventory holding by 60%, while increasing the mines’ uptime.”

Another product solution that achieved substantial results is the steel-ringed, high-abrasion-resistant rubber dredging hose, which was launched in January, 2014. The design incorporates specialised rings to substantially improve the abrasion-resistant qualities of the hose, says Tait, noting that the steel rings, in combination with the rubber, have a lower wear-ratio.

The hoses also incorporate Truco’s patented double-flange system to allow for improved radii bend and strength at the flanges, he adds.

“Further, this product has doubled the lifetime of the hoses on dredging operations, and increased the uptime of these operations.” Tait highlights that, where a dredging hose only lasted an average of about three to four months in the past, these hoses now last up to eight months.

Since Truco has supplied these hoses to many of the larger dredging operations across Africa – in Sierra Leone, Morocco, Namibia and South Africa – Tait believes that this innovation has been well received by industry.

These rubber hoses have also been combined into a total solutions concept for dredging operations, with the company’s polyurethane pontoons carrying the hoses.

The rust-free and low-maintenance pontoons are a lightweight alternative to the conventional steel pontoons, with further advantages such as an extended life expectancy and reduced cost.

“The pontoons have increased the overall uptimes of those operations and enabled them to increase product feed through their processing plants, as they are more resistant to corrosion, compared to the old steel pontoons, which would corrode in the seawater,” he says.

He further notes that another product – an anti-slip, holed rubber mat, launched in March 2014 to extend the company’s rubber flooring range – “has taken off quite nicely”.

The mats are used in several mines as a safety precaution, particularly in the wash-houses, while the engineering industry uses the mats in areas where the floor might be slippery and cause work-related injuries.

“Since its uptake in the mining and general industry, Truco has sold several thousand metres of the rubber sheeting, with demand continuing to increase,” Tait concludes.