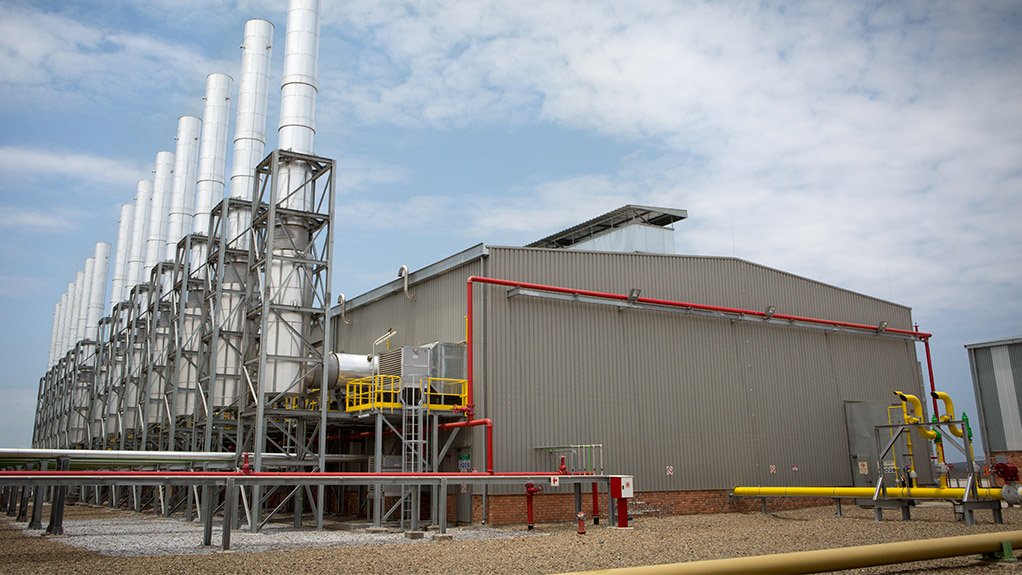 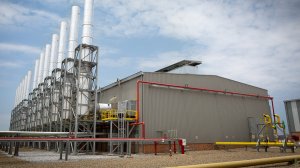 Power systems group Rolls-Royce aims to use a newly inaugurated 100 MW gas-fired power station at Ressano Garcia, in southern Mozambique, as a key reference plant, as several countries in the region consider their gas-to-power options.

The plant is owned and operated by the independent power producer (IPP) Gigawatt Mozambique and incorporates 13 of Rolls-Royce’s medium-speed gas engines. The electricity is sold to State-owned utility Electricidade de Moçambique under a long-term power purchase agreement and the power station is expected to supply around 12% of the country’s total power demand.

The power station, located on the Mozambique-South Africa border, has a nameplate capacity 120 MW to ensure that the plant consistently delivers 100 MW, even during scheduled service intervals.

MTU South Africa CEO Andrea Nono tells Engineering News Online that, besides the efficiency of the engines, a key advantage has been the plant’s relatively short construction period, particularly when compared with some of the coal projects being built in South Africa. MTU South Africa is part of Rolls-Royce. The Gigawatt Mozambique plant took 18 months to implement, from construction and commissioning to commercial operation.

Nono also underlines the scalability of gas-engine solutions, which she argues is a particular advantage in the African context, where plants need to be tailored to match a utility’s, an IPP’s or an energy-intensive business’s demand profile.

“The Gigawatt Mozambique station is the biggest plant that we have been involved with in Southern Africa and also the biggest gas medium-speed reference plant for the Rolls-Royce group. However, we are in a position to participate in smaller or larger projects.”

Ministerial determinations for 3 726 MW of gas-fired power have been published, and government’s IPP Office recently outlined plans for an integrated delivery model incorporating the importation of liquefied natural gas and power generation at sites in Richards Bay, in KwaZulu-Natal, and Coega, in the Eastern Cape.

The Rolls-Royce unit already has some experience in the area of localisation, with MTU South Africa having recently opened an upgraded facility in Cape Town to supply into South Africa’s railways recapitalisation programme.

The plant will assemble, test, paint and commission 232 locomotive engines as part of Transnet Freight Rail’s (TFR’s) procurement of 1 064 diesel and electric locomotives. Rolls-Royce is supplying the 20-cylinder MTU Series 4000 R63L model engines, with a power output of 3 300 kW, to the China Railway Rolling Stock Corporation, which will manufacture the locomotives for TFR.

Although the actual gas engines that will be offered for gas-to-power projects in Southern Africa will be made in Norway, Nono reports that various localisation spin-offs have been identified. She stresses, though, that the group’s plans is this area are commercially sensitive.

In Mozambique, Rolls-Royce entered into a technical assistance agreement with Gigawatt Mozambique and technical director Dieter Klingenberg says the decision to buy the Rolls-Royce generator sets was based on a detailed technical, commercial and financial evaluation.

A 15-year service agreement has also been signed with the TSK/EEN joint venture, which will operate and maintain the plant. The agreement covers training of operating and maintenance staff, supervision of major maintenance, spare parts supply and technical support.

However, Nono stresses that there is no one template for how Rolls-Royce will approach gas-fired projects in the region, suggesting that a “copy-and-paste” model is unlikely to help developers in ensuring that their projects reach bankability.