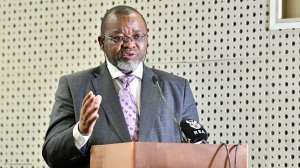 One of the preferred bidders participating in South Africa’s Risk Mitigation Independent Power Producer Procurement Programme (RMIPPPP) has confirmed that government has delayed the deadline of financial close to end of January.

The delay was reported, but not officially confirmed on Thursday September 30, which was set as the deadline for financial close.

On Friday, Scatec, which is one of the 11 preferred bidders, reported that  it had been notified by the IPP Office that the government approval process for the RMIPPPP had been delayed and that timing of financial close had been moved to the end of January 2022.

“Construction start for Scatec’s 540 MW-plus storage project is therefore expected in the first quarter 2022,” the Norwegian company said in a statement.

CEO Raymond Carlsen said South Africa “is our home market, and we are looking forward to delivering much needed electricity under the RMIPPPP programme”.

Scatec also lowered its 2021 project backlog to 1 915 MW, from 2 081 MW, and announced that it would no longer reach its target of having 5.9 GW in operation or under construction by year-end.

The Oslo-listed company’s target to reach 15 GW in operation or under construction by the end of 2025 remained in place, however.

Engineering News & Mining Weekly approached the IPP Office and the Department of Mineral Resources and Energy for an update on the status of the RMIPPPP on September 30, but had not received a response ahead of the release of the Scatec statement.

On Thursday afternoon, Bloomberg reported that South Africa had extended the RMIPPPP deadline by four months, but also indicated that the delay had not yet been formally confirmed by government.

The initial eight preferred bidders, named by Mineral Resources and Energy Minister Gwede Mantashe on March 18, were meant to reach financial close on July 31, but were given an extension to September 30, a date that coincided with the financial-close deadline for the three additional preferred bidders selected on June 1.

The 20-year programme, which controversially includes three gas-to-power power ship projects, has been dogged by environmental and legal challenges.

However, on September 21, the National Energy Regulator of South Africa approved the issuance of generating licences for seven RMIPPPP projects, despite some of the projects lacking environmental authorisation.