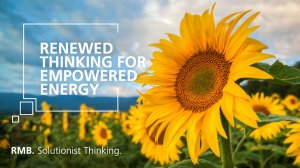 Clean energy is not only an important and growing sector for the South African economy, but one that is fertile for the entry of black-owned businesses. The South African government’s Renewable Energy Independent Power Producer Procurement (REIPPP) program requires the economic participation of BEE investors and community trusts, but when it launched in 2011 black South African entrepreneurs entered the program without an established track record in the nascent clean energy sector, and with limited capital.

Historically black-owned businesses have partnered with international Independent Power Producers (IPPs) and local development finance institutions to finance their participation in the energy projects. These partnerships have resulted in worthwhile gains, but there is still opportunity for investors to refine their focus on the entrepreneurs themselves. Black-owned businesses need to grow their own dividends streams in order to channel greater profit share towards business growth. With this trend in mind, RMB has placed itself strategically to fund and refinance BEE businesses in the renewable energy sector, with exciting results.

Pele Green Energy (Pele), a 100% black-owned IPP that develops, owns, procures and manages c.900MW of renewable energy projects, is a case in point.  In round one of the REIPPP program Pele was able to structure a deal with an independent power producer, secure equity finance from the international technology provider, and gain entry into the sector. This was a considerable feat, as many commercial banks shied away from structuring equity financing facilities around deals in which BEE shareholders had neither the capital nor proven historical performance of similar assets.

True to its BEE strategy, RMB partnered with Pele in the Touwsrivier CPV Solar Power project, in which Pele owns a 55% stake and performs the asset management functions.  RMB was able to apply its infrastructure finance, BEE finance, and renewable energy expertise to create the right funding solution for Pele to refinance its equity loan. Senior Project Developer and Transaction Coordinator Adhila Mayet explained that the funding solution provided by RMB enabled Pele to unlock further value in the project and positioned them well to ultimately increase their ownership in the project. “We chose to partner with RMB on this project because of their partner-based approach and ability to navigate complex transactions,” she said. RMB acted as the sole arranger, structurer and funder for the transaction.

Since the commencement of operations, 1.6% of the revenues from the CPV1 Solar Power Plant have been deployed for economic development spend in the surrounding community. Pele has assumed an important role in managing this spend through its sister company, Knowledge Pele, which spearheads the community development and social infrastructure investment activities of the group.

Pele’s demonstrated capabilities across all aspects of managing the Touwsrivier CPV solar farm project, coupled with the track record they have built through their c.900MW portfolio make them an ideal candidate for RMB to support in upcoming rounds of the REIPPP and other clean energy programs.

“Our long-term partnership with Pele Green Energy is part of a wider strategy to provide relevant and sustainable support to black-owned renewable energy companies.  We understand the unique challenges businesses face, and the national imperative to support the creation of ‘black industrialists’, who own, manage and direct enterprises that have the power to create broad-based economic opportunities and positively impact surrounding communities,” commented Siyanda Mflathelwa, Senior Transactor  for Infrastructure Finance at RMB.

Not only does clean energy stimulate growth in the South African economy through significant spend directed to local contractors and local suppliers, it is also one of the key levers for South Africa’s contribution towards the Sustainable Development Goals.