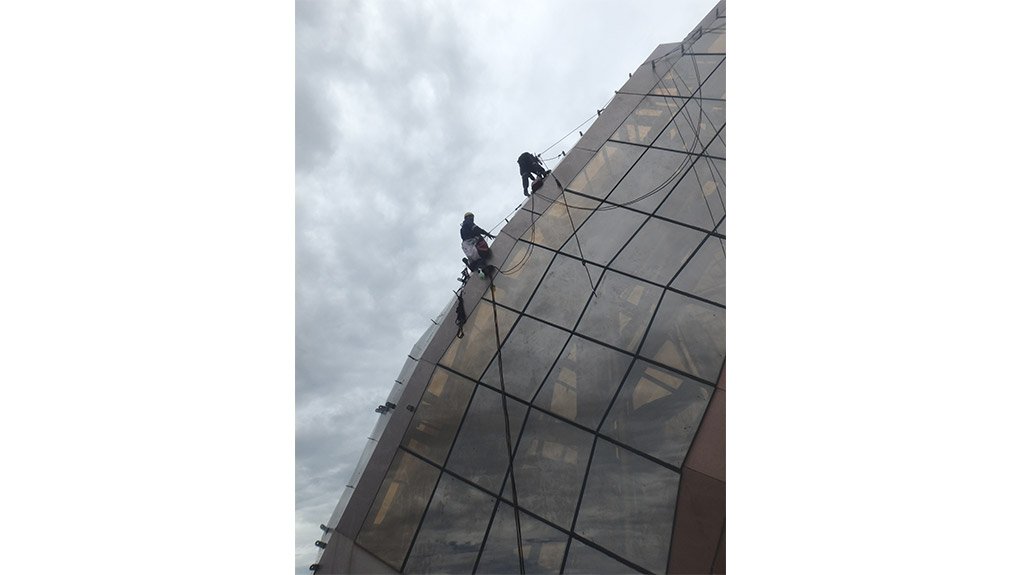 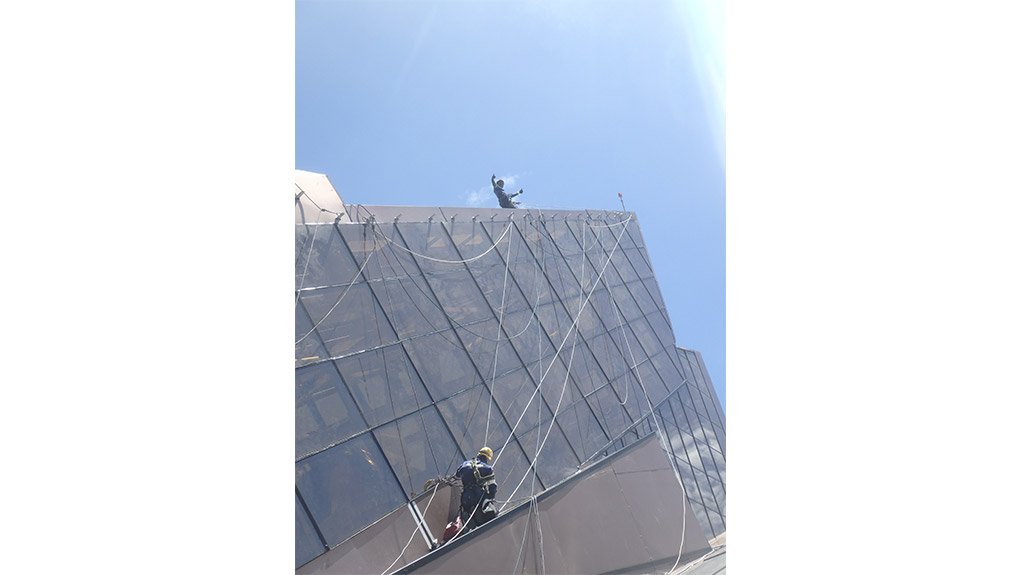 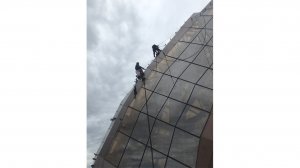 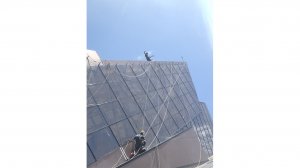 SEAL THE DEAL Finalising waterproofing on the hotel was challenging because there were no straight vertical or horizontal surfaces.
SEEING IT THROUGH Replacing large windows required not only expert work-at-height skills but also the measuring and cutting of specialised glass

Work at height company Skyriders completed the replacement of 15 large window panes in September at the Hilton Garden Inn, in Zambia.

Having done waterproofing work for the refurbished hotel in 2018, Skyriders’ familiarity with the site proved beneficial when the final touches had to be implemented.

Skyriders marketing manager Mike Zinn says the challenge was that the windows were in various locations on the building, which translated into significant risk and the need for safety to be ensured.

The mobile cranes and scaffolding, which were in place for the initial refurbishment, had already been dismantled, hence there having been “really no other equally safe or cost-effective means than rope access to carry out this project”, Zinn says.

A technical team was dispatched to site to investigate and implement the optimal method of removing and replacing the damaged windows.

Zinn tells Engineering News that one of the unforeseen challenges was that the imported glass panels from China had not been precisely measured and cut beforehand, and were estimate sizes only.

Therefore, Skyriders used a Zambian contractor who was involved in the original refurbishment of the hotel to accurately cut and prepare the glass for installation.

“We had to be extremely precise in preparing the new windows and fitting them, which required precision rigging by our team. This was really a showcase project for the skills and dedication of all our team members,” Zinn boasts.

The Skyriders team had to also complete a significant amount of waterproofing in the secondary areas, which were not as critical as the primary areas waterproofed last year.

Last year, the initial scope of work was to assist the primary contractor with waterproofing on problem areas in the building. This was expected to be done in under a week.

However, this job turned into a seven-week project, running from February to March in 2018 because of substantial waterproofing challenges on the exterior façades.

Zinn explains that, while smaller gaps in the building’s façade could simply be filled with silicon sealant, this was not a viable option for larger gaps. Therefore, flashing was selected as the best waterproofing material, as it prevents water ingress from joints while forming a weather-resistant barrier system.

The building areas that required attention were not vertical or horizontal surfaces, which made traditional access almost impossible. Therefore, a quick and simple rope-access solution was chosen as the most cost-effective maintenance method, Zinn notes.

Temporary rigging setups were erected to enhance safety, and allow for sufficient deviation to access the primary areas that required attention.