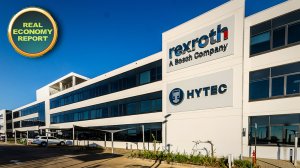 The hub will also facilitate and enhance the company’s services and support to the continent, which is considered a significant market for growth. Department of Trade and Industry Director-General Lionel October commended the new facility.

The R200-million HUBB is strategically located in close proximity to the OR Tambo International Airport.

This consolidated facility will allow the company to reduce the amount of intralogical transactions, thereby streamlining its handling efficiency to supply its technology to market with increased speed.