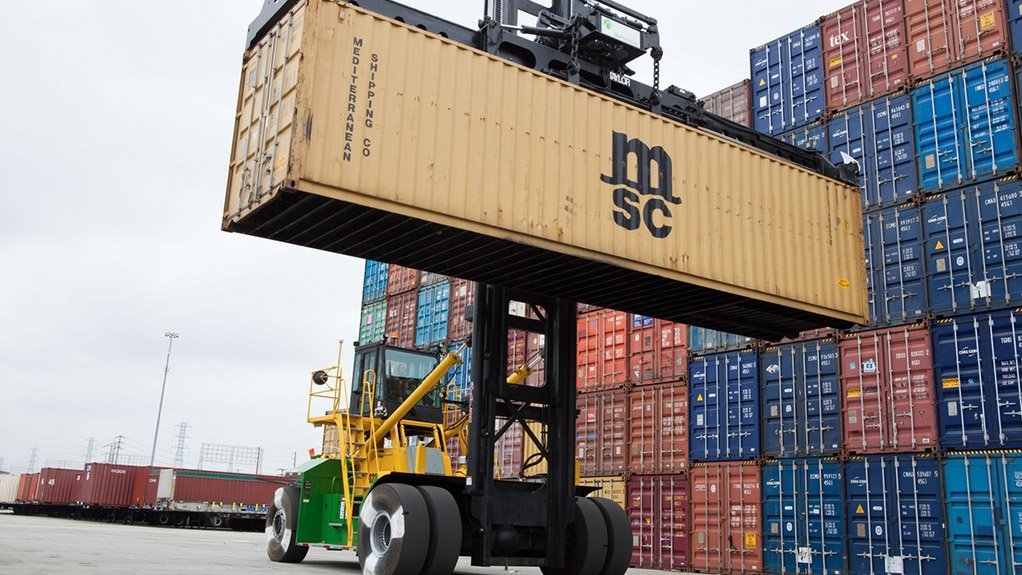 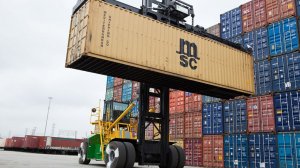 This machine can stack containers to a height of six and is capable of lifting 45 t.

“The TXLC-976 was designed with a more stable platform than the previous model,” says BLT SA marketing director Charity Gumede.

“This stability is provided by anchoring the tilt cylinders to the counterweight, further back than on previous models. Control and manoeuvrability of the container is enhanced with slew, side-shift and optional hydraulic pile slope,” she says, adding that the new mast design enables the operator to have clearer visibility for increased productivity and improved safety.

A standard feature of the TXLC-976 is a cab that automatically tilts 10° for enhanced stacking visibility.

This series features improved hydraulics and the addition of the Taylor Integrated Control System, which monitors and identifies vital system components such as engine, transmission, hydraulics and lift capacity.

The standard features of the vehicle’s engine include an electronic diagnostic and maintenance monitor, a fuel/water separator, engine and transmission protection systems, fuel economy and low exhaust emissions.

The spreader attachment has a box-frame design, with two common expansion frames and one centre-box frame. High-strength hanger chains, with an increased link diameter, result in reduced stress on the spreader and thus less wear.

Controls in the operator’s cabin activate valves on the spreader attachment, which, in turn, operate functions such as side shifting, twistlocks, automatic frame positioning and left- and right-hand slew. A twistlock safety interlock system ensures the correct locking procedure of the handlers’ lifting attachment and containers.

The handler has a four-speed, modulated powershift transmission equipped with a declutch and electric shift control.

The all-steel cabin of the vehicle has new features that include increased leg and headroom for the operator, sound dampening rubber-mat flooring, a tilt steering wheel, a simple T-shaped flip-down dashboard and fingertip electric joystick controls. There is also the option of a climate control system for improved operator comfort.

Maintenance requirements of these loaded container handlers are minimal. “Brakes are easily serviceable without the need for axle disassembly; the filter element on the chassis is replaceable through easy access by loosening two bolts; and tanks are also bolted on for easy removal and cleaning,” says Gumede.