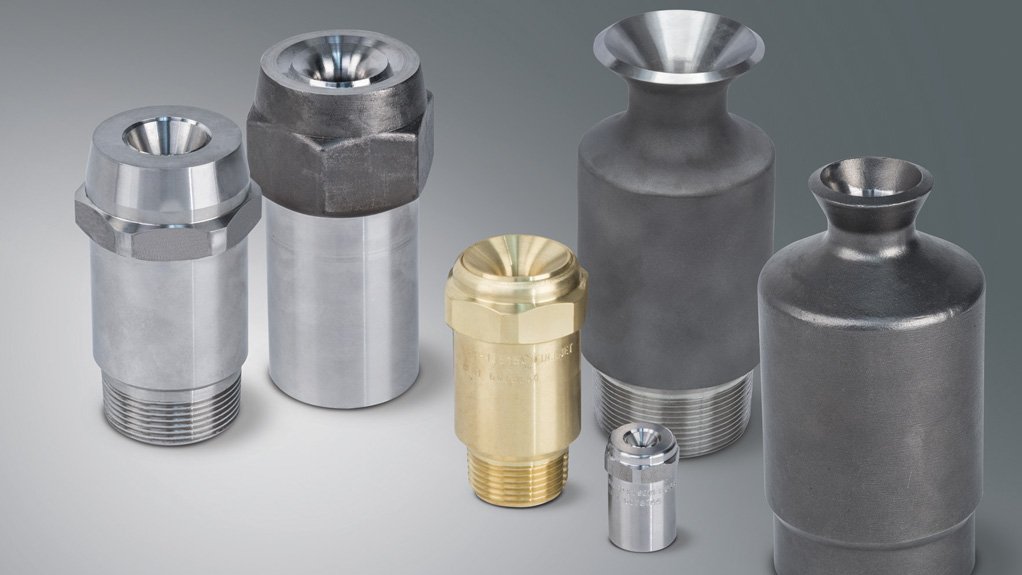 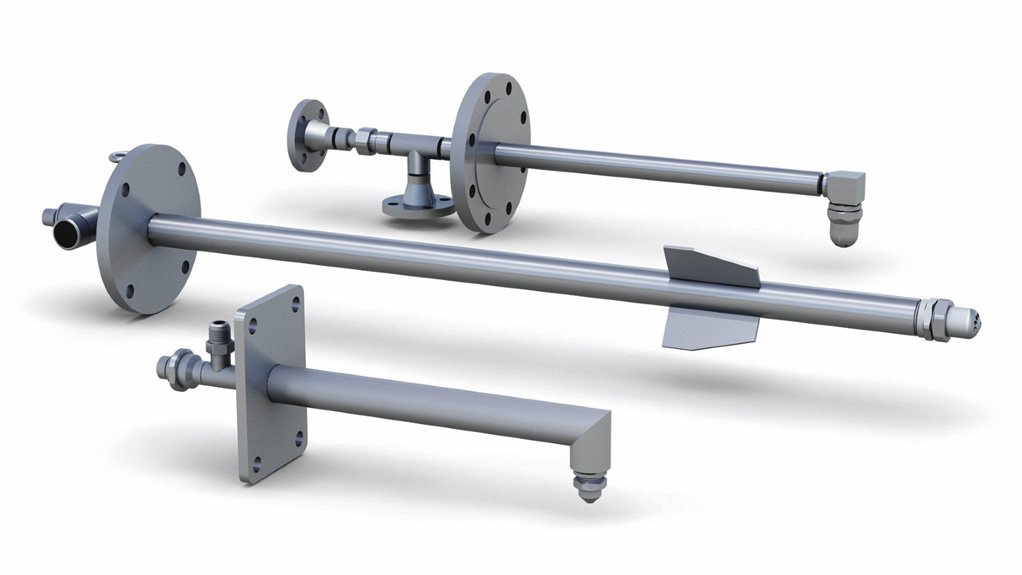 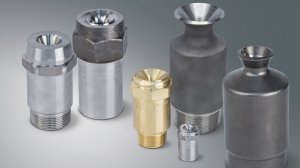 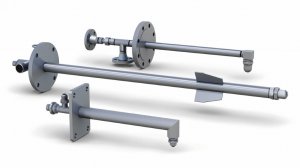 In oil refineries, quills or spray injectors are used in many applications, including cooling processes that use liquid nitrogen, bypass duct cooling, overhead water washes in distillation columns and fluid catalytic cracking units, as well as steam stabilisation and atomisation, Orsmond explains.

In May, Monitor Engineering supplied a retractable injector to a South African oil refinery to improve spray atomisation and minimise build-up inside a process vessel. Orsmond notes that this design allows either for the safe and easy removal of the injector for inspection or routine maintenance or the insertion of the injector into another location so that the primary injector can be serviced safely offline without causing a process disruption. This is owing to an isolation valve that can be closed prior to unbolting the injector from the process pipe.

Monitor Engineering’s injector and quills – pipes with open slots or holes – are designed and manufactured by US spray technology producer Spraying Systems Co for which Monitor Engineering is the sole agent in Southern Africa. Spraying Systems Co notes that one refinery in the US midwest has used mechanical retractable injectors – featuring a handwheel and screw mechanism that provides a mechanical assist during removal – to spray liquid nitrogen into the hydrocracker reactor to cool the catalyst prior to replacement.

The injectors were inserted and the cooling process began while the plant was on line, while previously, a partial shutdown of the refinery would have been required before the liquid nitrogen cooling process could begin. The shorter turnaround resulting from the use of the retractable injectors has saved the refinery an estimated $2-million by reducing downtime by two days.

Owing to the fact that it is not possible to see what is going on inside a process vessel, furnace or duct, the performance of liquid injection equipment often remains under-evaluated – and the benefits of precision injection widely misunderstood, says Orsmond.

Traditionally, quills have been used for fluid injection, but this design offers no real control over the flow or spray pattern of the liquid. An injector, however, which features a pipe with a flange, together with one or more spray nozzles on the pipe, delivers a specific flow rate, spray pattern and drop size, allowing for significantly increased control over the injected fluid.

“Injectors cost more than quills, owing to the addition of a precision-manufactured spray nozzle, but the price differential is insignificant when compared with the improvement in performance that is gained from using a spray nozzle. This includes the cost of unscheduled downtime and damage to downstream equipment, as a result of incomplete cooling, washing or chemical reactions, which will greatly exceed the initial price differential between a quill and an injector.”

However, Orsmond highlights that the impact that injector performance can have on a refinery’s operations is not often considered and is typically evaluated only when an obvious problem has occurred such as equipment damage or process failure. “We are seeing a slight increase in demand for injectors, though we suspect this may be as a result of companies replacing obsolete equipment.”

Increased Flow Control Orsmond notes that as spray nozzles provide a specific volume of fluid at a specific pressure, they convert fluid into a predictable drop size spectrum with a specific spray coverage. Control of the spray can be further enhanced and tailored to the application through a range of different nozzle types, patterns and directions.

Once this information has been obtained, injector systems are designed, with the complexity and critical nature of the application to the process determining the tools that will be used during the design process.

In some cases, drop size data library and propriety gas cooling calculation software can determine the size and type of nozzle required, injector placement in the vessel and spray direction. In other cases, fluid structure interaction is used to evaluate mechanical stresses such as pressure, vibration and vortex shedding on the injector, Orsmond explains. Computational fluid dynamics is also often used to determine how the injected fluid or gas interacts with the receiving stream to validate performance.

Hydraulic nozzles, for example, force fluid through a small orifice in the nozzle as a high-velocity jet, which can shape the spray into a desired shape, depending on the nozzle type. Dual-fluid or air-atomising nozzles, meanwhile, mix gas or steam with a liquid in an internal chamber, with the spray exiting the orifice in a shape determined by the type of spray tip.