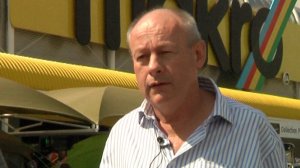 South African retailer Massmart opened a R400-million environment-friendly Makro store in Alberton, in the south of Johannesburg, as part of its new-generation stores.

Makro’s new-generation stores – those built after 2009 – incorporate technologies which include energy efficient refrigeration and climate-control systems to improve the stores’ overall resource efficiency.

The 19 008 m2 Alberton facility, which opened in April, houses more than 55 000 branded products, is the nineteenth Makro store in South Africa and the ninth in Gauteng.

Makro store development manager Alan Walker says the store took nine months to construct and was opened on time and within budget.

“The challenges faced with the construction of the store include building over the rainy season and the December break, but these were overcome by thorough planning,” he says.

“It also created 393 new job opportunities, and 2 000 indirect jobs leading up to, and during, construction,” he says.

The building uses high-performance refrigeration, daylight harvesting and heat- reclamation systems to regulate the store temperature and it is the first Makro store to use only light-emitting diode (LED) lighting products.

Walker tells Engineering News that skylights capture and diffuse sunlight and direct it into the store, without creating heat build-up.

“Using only LED lighting cuts electricity costs, with a saving of 48 000 kW/h a month,” he adds.

This all contributes towards reducing the store’s electricity consumption and improving its energy efficiency.

Motion sensors are also installed in all offices and storage rooms, enabling the lights to switch on when somebody enters the room and switch off automatically once the person exits.

The store also uses a thermal-storage sys- tem to produce cold water for its air-condi-tioning network, reducing electricity demand during peak periods. The trading-floor tem-perature is regulated using hot water, when required, by reclaiming heat generated by the refrigeration system.

“The refrigeration system, which is unique in the industry, incorporates energy- saving features, such as automated night blinds, high-speed doors and improved insulation to reduce temperature loss. It also uses carbon dioxide as the refrigerant gas, which is 100% natural and has no ozone-depleting or global-warming-potential ratings,” says Walker.

Further, water from the store’s refrigerators and air-conditioning units is harvested. The condensate water is used to improve the effi- ciency of the refrigeration system by employ- ing water-cooled condensers operting when the outside temperature rises above 27 °C.

The rest of the water is blended with domestic water and used to irrigate the garden, explains Massmart group environmental manager Alex Haw.

Additionally, a horticultural consultant was employed to ensure that the plants on site are water wise and mostly indigenous.