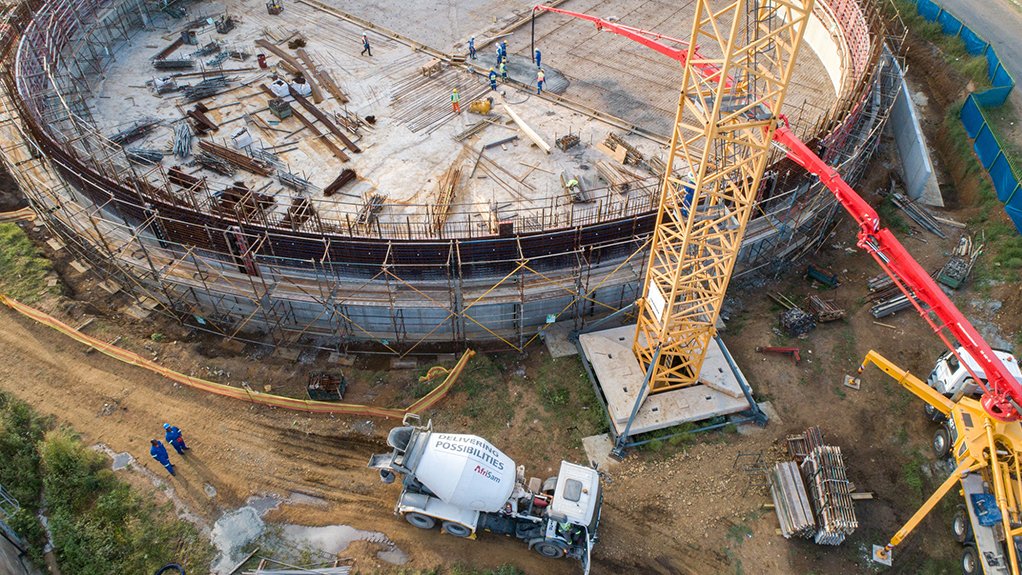 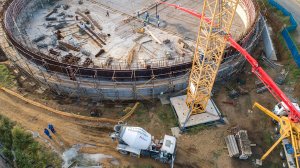 A 25 Mℓ reservoir on Dann road in Glen Marais, Kempton Park, in Gauteng, has still not been commissioned, despite being completed in November 2018 at a cost of about R48-million.

Almost three years after construction was completed, the reservoir remains empty and unused.

City of Ekurhuleni Ward 16 councillor Jaco Terblanche tells Engineering News that the primary reasons for the completed reservoir not being commissioned yet are Covid-19 related.

One of the primary delays was because of finances being diverted away from capital infrastructure projects, such as this one, in favour of supporting the fight against Covid-19. This included providing personal protective equipment to the city employees.

“When capital projects were once again given the go-ahead, there was not enough money left to finalise the reservoir project,” Terblanche adds.

In August last year, newspaper Kempton Express quoted then City of Ekurhuleni spokesperson Themba Gadebe as saying the reservoir remained unused because of delays in appointing the pipeline contractor.

Gadebe said the need to comply with supply chain processes required the appointment of a different contractor to the one that built the reservoir.

He assured the public that the process would be completed and that the water would be connected through 500 mm and 600 mm feeder pipelines in July.

Terblanche says pressure tests are under way, which need to be completed before the reservoir can be connected and filled, adding that, according to the latest information available, the reservoir will possibly be commissioned by the end of the year.

Meanwhile, a twin reservoir is being built on the same site. In addition to the second reservoir, a 2 Mℓ water tower and pumpstation are also under construction.

According to a statement issued by the Ekurhuleni municipality in August, the original contract for the additional 25 Mℓ reservoir, 2 Mℓ water tower and pumpstation is valued at R128-million, with the site being handed over to the construction contractors in November 2019. The project is still not complete.

Covid-19 was also the major contributor to delays, although other reasons were provided by the city in addition to Covid-19.

For example, one of the setbacks was ascribed to delays in receiving steel pipeline from the supplier, which affected pipeline installation.

As-built records received were inaccurate and needed to be fixed, while stormwater tie-in processes were also delayed, although no reason for this was given.

Moreover, it was discovered that reservoir subsoil chambers were not free draining, and the reservoir had leakages.

Residents and businesses in the area have been complaining of water outages on a near-weekly basis for the past three years. The reservoir complex was designed to ensure water security for the area amid increasing water infrastructure breakdowns and supply interruptions from, for example, water utility Rand Water.

The reservoir complex will provide about 36 hours of water storage capacity for surrounding suburbs when it comes online.

These projects are part of a long-term water-security supply strategy for the greater Kempton Park area, which includes a 22 Mℓ reservoir and pumpstation in Bredell, as well as a water tower in Isando – both of which remain under construction.

These investments total about R300-million.

“It’s part of the municipality’s plan to ensure that residents have access to water. Yes, it might be too late, but at least something is being done,” Terblanche comments.

A high-performance joint sealing system, supplied by sealing solutions company Sika, was used in the reservoir. Full on-site support was provided by Sika, while the main contractor, WK Construction, was advised about product performance, the correct application methods and technical data.

Considerable sealing work was done on the walls and columns for the construction and expansion joints, while the reservoir floor joints were also strengthened. The internal joints of the reservoir were also waterproofed.

The waterproofing system is used for expansion and connection joints, as well as for cracks. It allows for irregular and significant movement in multiple directions while maintaining its seal. The bandage system was covered with steel plates, which were laser-cut to follow the circular shape of the structure.