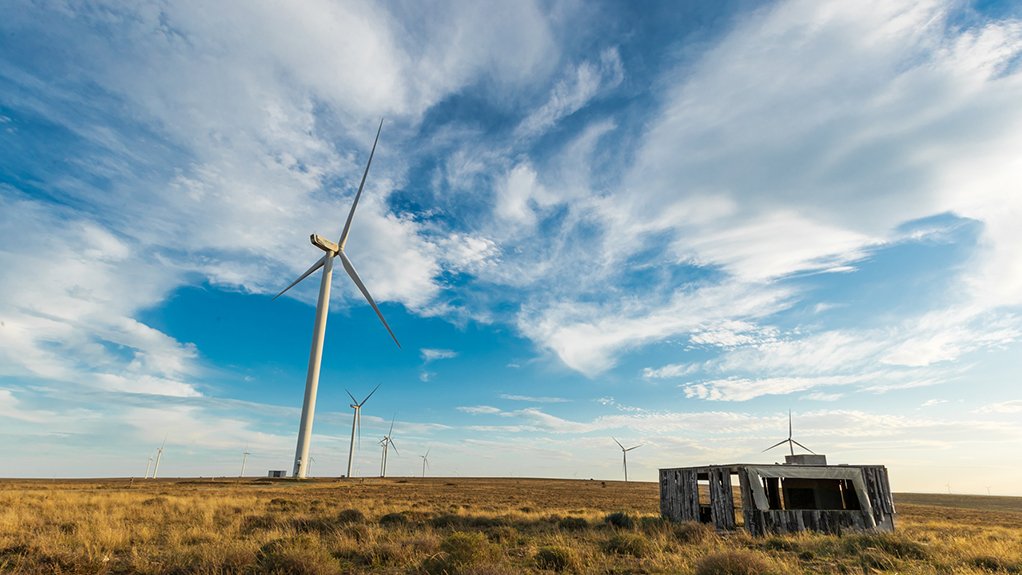 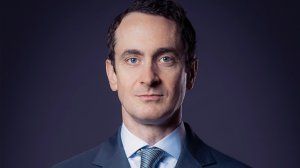 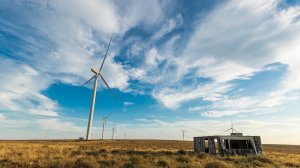 JOHANNESBURG (miningweekly.com) – Going forward, combined renewables plans already in place are poised to slash Scope 2 emissions at Exxaro Resources’ Grootegeluk coal mine in Limpopo by up to 90%.

Speaking to Mining Weekly in a Zoom interview, Exxaro/Cennergi MD energy Roland Tatnall said of the energy transition: “It's a really critical pillar of what we're doing at Cennergi and it's integral to how Exxaro is approaching the future as well.”

At the same time, Cennergi is talking to a number of third-party customers, large industrials and mining companies, to provide bespoke solutions for them.

“There's a massive demand for the types of solutions that we're offering in the market,” said Tatnall, who described South Africa’s move into the renewable energy space as “a groundswell of change that's only going in one direction”.

Earlier this month, the National Energy Regulator of South Africa (Nersa) gave Cennergi the go-ahead to self-generate 80 MW of solar power at Exxaro’s Grootegeluk coal mine, in Limpopo.

Music to the ears was that Nersa granted this registration in a record 47 days.

Mining Weekly: What does the approval of Cennergi’s 80 MW Lephalale solar project mean for Exxaro Resources?

Tatnall: It's a major milestone. I think the most important aspect is the 47 days. This is a licensing process that historically would have taken anything up to a year and after the schedule two changes at a governmental level last year, Nersa has managed to bring forward registration processes to under two months, which I think is quite incredible. The 47 days is something that we didn't expect, and in the context of the mine that we’ll be supplying, Grootegeluk, it means that we can advance the reduction in carbon emissions and reduction in costs of that mine.

What role do these kinds of projects have in accelerating Exxaro’s target of carbon neutrality by 2050?

The renewable strategy within Exxaro that’s being executed by Cennergi is very much the key driver at this point for carbon neutrality. A project like the Lephalale solar project, just one project, can reduce Scope 1 and Scope 2 emissions within a two-year period by about a third, so it's quite a significant driver for our drive towards carbon neutrality. When we add additional phases, for example, we're looking at wind projects for Grootegeluk as well, we're looking at potentially 60%-plus of Scope 2 carbon reductions. Then latterly, we'll be adding energy storage as well, and we could be getting up to 80% and 90% of Scope 2 emission reductions through our renewable strategy.

What plans has Exxaro put in place to begin the just transition journey and what have been the major challenges?

That's not just a topical question, I think it's one of the most pressing questions for the country. When we restarted the Cennergi strategy to help decarbonise our portfolio, but also look at the broader South African environment, we realised that we couldn't just drive renewables with a purely commercial imperative. We are really at an inflection point in terms of the way that electricity is generated and transported in South Africa, and so it was a view from our perspective that the just transition needed to be a part of our strategy. That was actually the rationale behind the memorandum of understanding (MoU) that we signed with Eskom last year, where we made an agreement to jointly pursue opportunities to decarbonise the sector that we're both involved in. We've actually drawn up a plan for Mpumalanga, where some of our mines are, and which is one of the provinces that will be most affected by the just transition that will hopefully catalyse the renewable energy industry in Mpumalanga and help that transition to move forward. It's a really critical pillar of what we're doing at Cennergi and it's integral to how Exxaro was approaching the future as well.

What is the future role of coal going to be in meeting the world’s energy needs?

My coal colleagues will have a much deeper answer than I'll be able to give, but one of the reasons we embarked on the diversification strategy within Exxaro – from coal to new minerals and renewable energy – was because of the understanding that, although coal still provides a significant part of the energy generation capacity in South Africa, and will do for years to come, that there is a runway associated with it, and at some point that demand for coal, both locally and internationally, will not be as strong as it is at the moment. We're looking to diversify to ensure that we keep Exxaro as a sustainable company going forward. In terms of the timelines for that decline in demand for coal, we're not projecting what those are. We're just saying that we need to be a part of the transition. We're not blind to the fact that although coal provides 85% of the power generation mix in South Africa at the moment, that's not going to be the case even with the government's Integrated Resource Plan going forward, so we need to make sure that we're part of the solution in terms of the just transition.

What is the current contribution of Cennergi’s wind and solar energy plants?

The Exxaro renewables journey started in 2009, when we signed an MoU to develop a wind farm. From that, Cennergi was born. Cennergi put 229 MW of wind power across two facilities into the grid in 2016 through REIPPPP Bid Window 2. Then, in 2018, we started developing nine off-grid distributed generation solar facilities dotted around the country to supply communities with 2 MW of renewable energy. The reason we did that was to understand the regulatory processes that we would need to go through as we grew the larger Cennergi portfolio that we had in mind. We now have 11 assets under management, a combination of wind and solar. The two wind assets supply renewable energy to Eskom and the nine solar assets to private offtakers dotted around the country, which laid the groundwork for the Lephalale solar project, which will be the next large project that we will bring into operation. Construction of that will start next year. We have 200 MW of projects for our own generation, a combination of solar and wind, that we're in advanced stages of development at the moment. A lot of that is actually going to be Mpumalanga to aid in catalysing the just transition. But we're also talking to a number of third-party customers, large industrials and mining companies, to provide bespoke solutions for them. We think we've got quite a strong competitive advantage in this space. We've been designing bespoke non-REIPPPP solutions for the last four years or so. We're doing it for ourselves. We can combine all of the technologies to provide a solution that's right for any offtaker, large or small. We're looking to expand the portfolio quite considerably over the next five years or so.

What has been the response of mining companies to the prospect of Cennergi building renewable energy facilities for them?

Over the last 24 months, the mining industry has really turned a corner in realising that it needs to decarbonise and there have been a number of requests for proposals in the market. That slowed down a little bit over the last six to nine months because the procurement processes of miners are often not geared up to the specificities of the way renewable energy is generally procured and I think miners started to understand that. A lot of the conversations we're having are really about the partnership approach where we are saying we speak the same language, we’re both miners, we also doing it for ourselves, we’re procuring both wind and solar for ourselves, we understand how to look at requirements, and we understand how to put a package together. We have, in those bilateral conversations, to try and approach decarbonisation and cost savings with a partnership approach. It's a groundswell of change that's only going in one direction. If you look at what the CSIR has put out on the capacity required for the large industrial sector and the mining sector, it's about 15 GW and 5 GW respectively. But when you place that in a renewables environment, the actual requirement for renewable installations is between two-and-a-half and three times those numbers, so if we're talking about 15 GW of current Eskom capacity that's dedicated to the industrial sector, it's actually in the region of 35 GW, 40 GW to 90 GW of renewables that needs to be built over the coming decade or so. There's a massive demand for the types of solutions that we're offering in the market.

And I just wanted to get your insight into green hydrogen. We see Anglo American using green hydrogen for mobility. They use the excess renewable energy that's generated to create the green hydrogen. Have you got any thoughts around that?

We have. Unfortunately, South Africa, as a country, is a little bit behind in terms of its planning for green hydrogen, because it really is a scale commodity. The way that we're seeing the renewable revolution that's happening around the world is that South Africa has a real comparative advantage in the production of green electricity, and whether that results in the flow of green electrons throughout the grid or to neighbouring countries, or whether it's converted into green molecules, such as hydrogen, or beneficiated further into ammonia, we've got a really phenomenal opportunity in the next few years for South Africa to have a new wave of industrialisation that can feed off that renewable resource that we have to generate either electrons or molecules in a green fashion and export them globally. It's something that needs to happen at a significant industrial scale. Obviously, Sasol has been talking about it in some depth, and scale is something that's required in order to generate an export market. We also have demands internally where hydrogen could be used. We really think that this whole green electrons, green molecule revolution could catalyse a significant directional change in South African industry and be the just transition to enable South Africans to have a new industrial pillar.