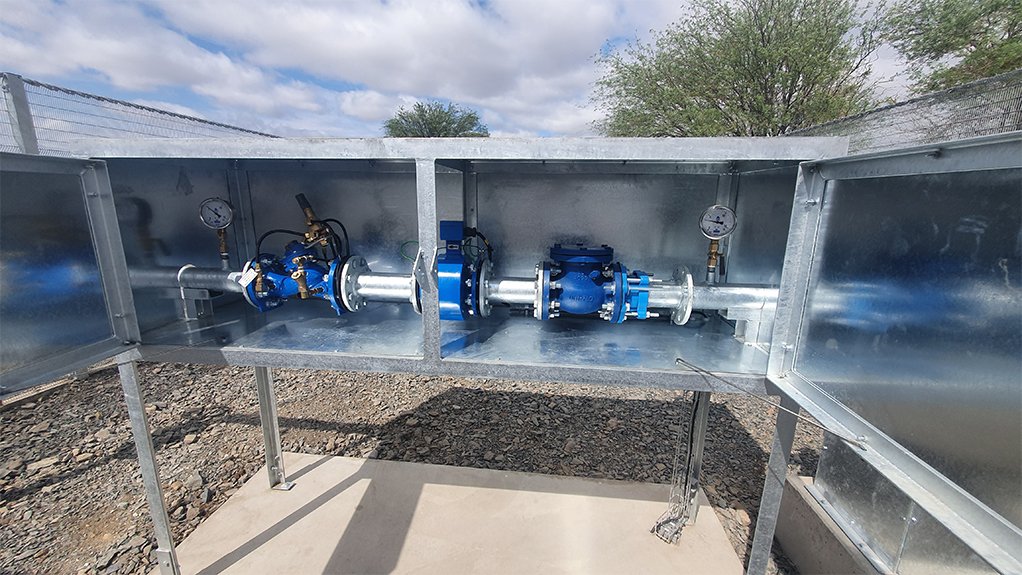 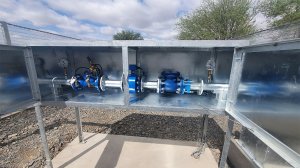 FULL FLOW Tapping water from the boreholes required a borehole pump design and installation, pipeline design to connect boreholes to existing infrastructure, as well as project and contractor management

Groundwater specialists from engineering consultants SRK Consulting have assisted in ensuring Prince Albert local municipality in the Karoo is able to provide a reliable and sustainable supply of groundwater to local communities at Leeu Gamka in the Western Cape.

SRK Consulting principal hydrogeologist Leon Groenewald adds that the most productive of the existing boreholes in the area was able to deliver a yield of between 15 000 ℓ and 18 000 ℓ an hour, supplying a maximum volume of 432 000 ℓ/d.

“This fell considerably short of the peak daily demand for Leeu Gamka during the summer season between November and January, which reaches 610 000 ℓ/d,” says Groenewald.

To supplement the shortfall, the municipality was forced to use two other production boreholes which were unsustainable and low-yielding.

The poor water quality also meant the water required extensive treatment by the reverse osmosis treatment plant before it could be rendered potable.

SRK began work with the municipality during the drought in 2017, when initial geohydrological work began, followed by drilling and testing of potential boreholes.

This was funded by the Drought Relief Fund through the Western Cape Department of Local Government.

The first phase of the project involved an extensive geophysical survey and geological mapping. Boreholes were sited and a drilling contractor selected and supervised by SRK.

Based on what the client required, the yields were tested and interpreted, to ensure that the pumping regime could meet the communities’ water needs while remaining sustainable.

“SRK’s drilling and testing programme produced three boreholes that could be used by the municipality, with a combined yield of 518 000 ℓ/d,” he said.

The second phase of the project – which was completed earlier this year – involved the equipping and commissioning of the boreholes.

SRK was again engaged by the municipality for Phase 2, for a range of services. These included borehole pump design and installation, pipeline design to connect boreholes to existing infrastructure, as well as project and contractor management.

Drawing on the range of engineering and scientific disciplines in its South African network of offices, SRK also provided technical advice for the tender process, and then supervised the construction work to the required standards.

Recognising the growing importance of water management in South Africa, SRK recently consolidated its extensive water-related expertise in the Western Cape into a one-stop shop.

He concludes that this includes strategic advice on any type of water project, with a full range of borehole-to-tap services.