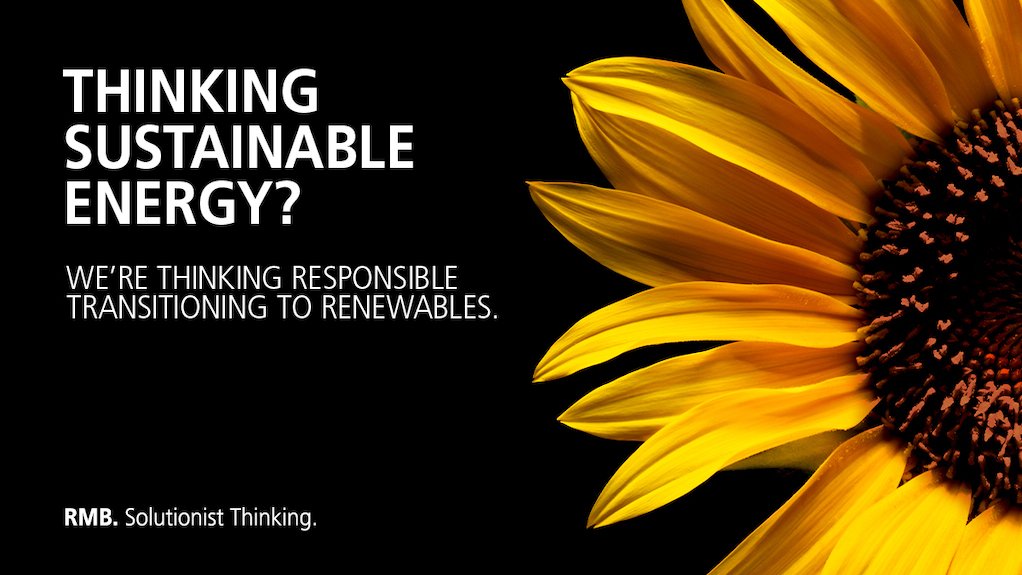 The issue of providing power to industries and communities across Africa is complex and multilayered. On the one hand, we have entered a time of great promise, where it is becoming easier and cheaper to maximise renewable energy resources. On the other, corporates face outdated regulatory hurdles as they try to formalize private power sources and relieve pressure off the grid. We find ourselves at a critical crossroads, where government, industry and financiers have the opportunity and responsibility to create favourable conditions for renewable energy sources.

At RMB, we have cultivated a deep understanding of the renewable energy sector in both South Africa and the broader continent, and are  well positioned to assist in driving the current play towards private power generation through financial structuring tools to help companies finance private power sources.

Understanding the play towards private power

Corporates, from general industry to mining houses, are investigating the feasibility of their own internal power generation. Their reasons for doing so are not dissimilar to the rest of the globe, but their priorities are different. African corporates want to green their operations and lessen the impact of climate change, but perhaps more importantly, they are concerned with securing supply and certainty of price. It’s difficult for a large-scale business to project the costs for a line item without any knowledge on the dependability of its supply. Thankfully, it has never been more accessible for the private sector to generate its own electricity. Current advancements in technology have opened up the options available to businesses. Costly and complex fossil fuel generation of utility-scale electricity isn’t the only option anymore.

It is a fact that renewable energy from solar PV and wind is now cheaper than other forms of new build power generation. In South Africa for example, the Renewable Energy IPP programme (REIPPPP) has seen a 67% average decline in electricity prices since its inception. This has taken place over four bidding rounds, with the eagerly-awaited next round is widely expected to deliver electricity prices south of 50c/kWh. Drawing from our own experience, RMB funded a recent (REIPPPP Round 4) wind deal with the lowest bid tariff to date. We are looking at significantly lower costs for renewables, with the promise of them becoming even cheaper in future.

Renewable energy plants are quick and modular to install, upscale or downscale in line with the evolving requirements of each facility. By using the abundant sun and wind energy across the continent, we can significantly decrease fuel supply risk. And while some may argue that a reliance on the elements comes with its own risks, there are a number of hybrid solutions, either using thermal or storage technologies, that can be put in place as a mitigant to this risk. We are seeing the positive impact of renewable energy in the real world with our clients – if they can use renewable energy to supply a large portion of their consumption during the day, it makes a big difference, particularly with ESG concerns increasing.

In a State of the Nation address in early 2020, South African President Cyril Ramaphosa reinforced sentiments expressed by the Minister of Mineral Resources and Energy during the Mining Indaba, which point to the liberalisation of the electricity sector, allowing more private participation. This will hopefully set the tone for more private or self-generated power in the country, and help alleviate our sole reliance on a single constrained utility. The mining sector is leading this trend, with several mining houses now soliciting proposals for in-the-fence power generation from independent power producers (IPPs).

However, if corporates and mining houses want to generate anything above 1 megawatt (MW), they require a generation license issued by NERSA. This requires a timeous and cumbersome process through the regulator. As such, there is a strong argument towards raising the limit from 1 MW to 10 MW to make it easier for businesses to generate private power legally and resolve NERSA bottlenecks. There is also the potential for corporates to ‘wheel’ surplus power across Eskom’s network to alleviate load shedding, a capability that is yet to be unlocked in the country.

There is no question about it, Africa has to embrace and roll out renewable energy at scale as a matter of urgency. This will empower us to go greener, and enable security of supply.

With the emerging trend of corporate, mining, industrial and commercial electricity users initiating their own bid process to procure renewable energy from IPPs for internal consumption (and potentially beyond), the sector is truly ripe for investment. This requires both traditional and unconventional loan structures and innovative bespoke solutions tailored to each project’s individual considerations and constraints. RMB is committed to enabling the future of renewable energy, and creating nuanced financing models to enable businesses to invest in private power initiatives. This includes funding mechanisms such as short term rolling loans to allow for funding at a lower cost, or partnerships with development finance institutions (DFIs) to structure green, impact investment deals with longer tenors. The future of energy in Africa is evolving, and will require new tools and approaches. With an ethos of innovation and awareness of sustainable impact, we can reimagine the provision of energy in a way that benefits all.