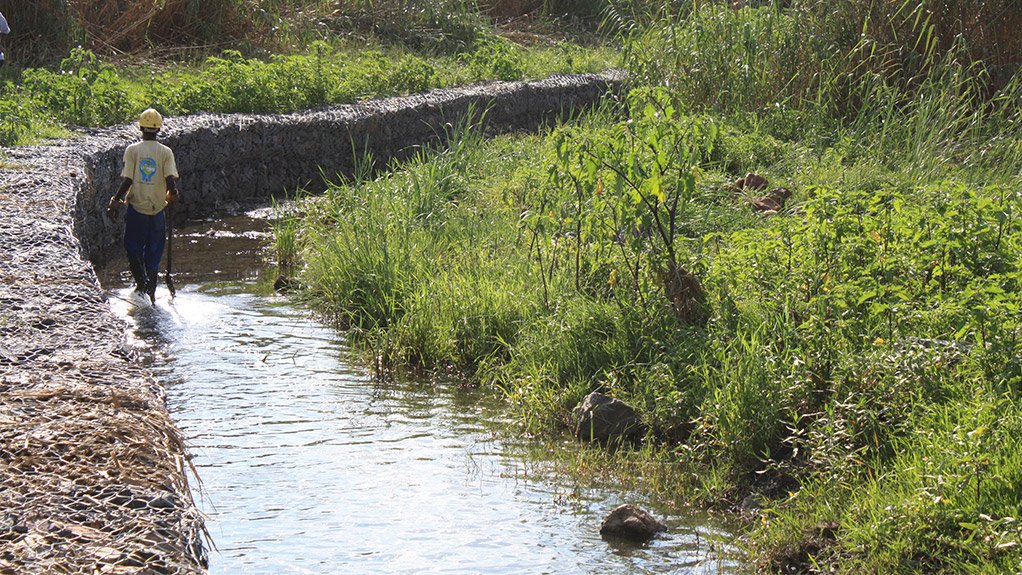 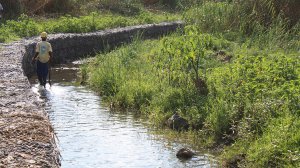 The yearly National Wetland Awards, which forms part of the National Wetland’s Indaba, has presented Freshwater Research Centre (FRC) senior research officer Dr Heather Malan with an award for ‘Wetland Science and Research’ in recognition of a range of wetland research projects and related scientific publications.

The Western Cape-based nonprofit organi- sation undertakes research across a range of disciplines in the field of freshwater science and is involved in guiding the management and conservation of fresh- water ecosystems.

Particular research subjects of the FRC include Skeleton Gorge in the Table Mountain National Park, the Matjies river and the Groot river in Cederberg, and the Wit river in the south-western Cape.

Malan explains that sustainable use of water resources is essential if human societies are to continue to derive long-term bene- fits in the face of local development needs and global climate change, highlighting that, while freshwater is essential for sur- vival, the valuable resource is threatened by human activities that continue to degrade its quality and quantity.

The National Wetlands Awards recog- nises outstanding contributions and the achievements of those doing wetland work and showcases innovation to the wetland sector and the public.

The Wet-Management Series is a set of integrated tools specifically developed for assisting users to achieve well-informed and effective wetland management and rehabilitation. It is the product of the Wetland Rehabilitation component of the National Wetlands Research Programme, an initiative of the WRC.

Among the other award recipients were GroundTruth Water, Wetlands and Environmental Engineers division manager Craig Cowden and Doug Woods, a farmer from Kokstad, KwaZulu-Natal, who were recognised for Wetland Stewardship and their successful wetland rehabilitation projects.

In many parts of South Africa, wetlands are important sites for small-scale subsistence agriculture. Many culturally and economically important species are found in wetlands, including wild food, craft materials and medicinal plants that are important for rural communities.

“Wetlands are also a source and basis of economic development and support livelihoods in every aspect – without them there is no water, there is no life,” he adds.

He says that the challenges of wetland management and rehabilitation span a range of spatial scales and institutional levels, from the national and provincial to the level of specific wetland sites involving individual landowners. Whereas national policy and legislation provide clear direction and support for rehabilitation, the very complex links between people and wetlands mean that actions aimed at sustainably rehabilitating and conserving wetlands will depend on the dedication and commitment of all stakeholders, especially landowners and wetland users.

When planning rehabilitation, it is, therefore, necessary to consult openly and comprehensively, and to incorporate the contributions of landowners, land users and other key stakeholders, such as munici- pal bodies or provincial departments, who will also benefit from the rehabilitation. Care must be taken to address both the causes and symptoms of wetland degradation. Clear, measurable aims are required and rehabilitation plans need to be developed with a multidisciplinary team that includes expertise in both ecological functioning and the design of rehabilitation structures.

Wetland loss in South Africa has been significant. “Because wetlands are transi- tional between aquatic and terrestrial (water and land) ecosystems, they are vulnerable to the impacts on both. In addition to direct impacts, such as draining of wetlands to make way for pastures and crops, or the construction of infrastructure such as roads that impede and concentrate water flows, there are also severe ongoing impacts from pollution and erosion in catchments as well as from excessive water abstraction, loss of vegetation cover, climate change and land use change,” says Madikizela.

WRC executive manager Dr Stanley Liphadzi says: “Many of South Africa’s wetlands are already lost because of agri- culture, timber plantations, mining and urban development. Studies in several major catchments have revealed that between 35% and 60% of our wetlands, and the benefits they provide, have been lost or severely degraded. But degradation is not necessarily permanent, and the international and South African experience has shown that it is possible to recover some of the health and values of degraded wetlands through rehabilitation.” Wetland rehabilitation as a means of addressing past degradation forms part of an effective wetland conservation strategy, as does protection and wise use. In South Africa, wetland conservation is being increasingly addressed through a range of policy and legislative frameworks, particularly within the environment and water sectors. Further, several multilateral agreements, which South Africa is party to, have incorporated the two-pronged approach to maintaining healthy wetlands while rehabilitating those degraded.