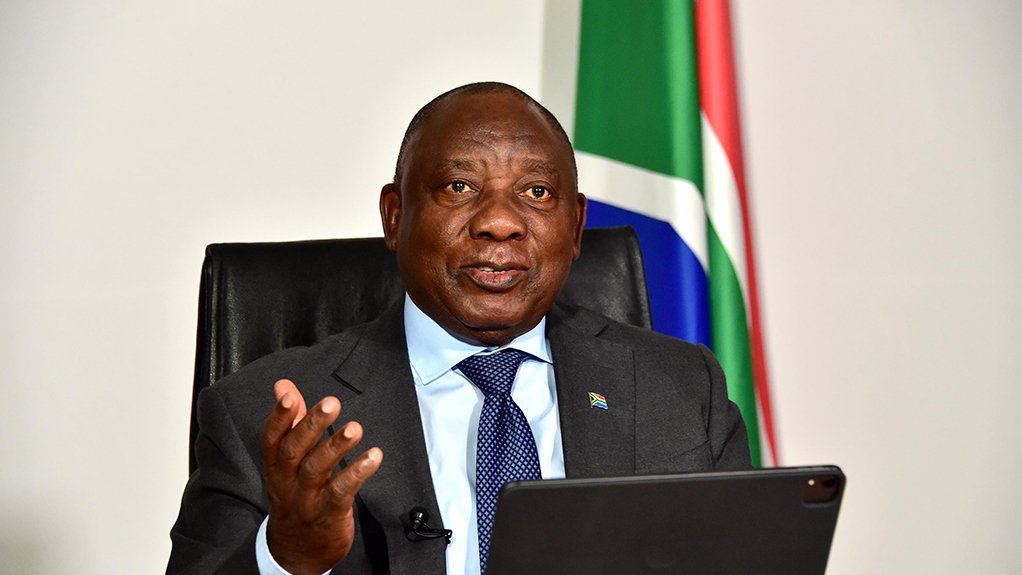 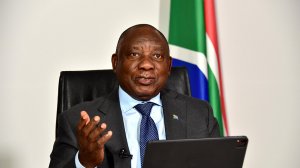 In a surprise move, President Cyril Ramaphosa announced on Thursday that the licence-exemption cap on self- or distributed-generation plants would be raised from 1 MW to 100 MW to help address the country's electricity crisis, which has been weighing down economic growth and confidence for more than a decade.

The increase would be facilitated by an amendment to Schedule 2 of the Electricity Regulation Act “within the next 60 days or sooner”.

It exceeds calls made by organised business and labour to increase the threshold to at least 50 MW, and allows the so-called embedded-generation plants to both wheel that electricity through the grid and sell it to nonrelated offtakers.

Those calls were made as part of public comments submitted following the publication of a draft amendment, released by Mineral Resources and Energy Minister Gwede Mantashe earlier this year in which he proposed that the increase be limited to 10 MW.

In a national address, Ramaphosa said progress being made to procure new utility scale capacity and improve the performance of Eskom’s aged coal fleet was not sufficient to address the immediate shortfall, which had resulted in a return to regular load-shedding.

Therefore, “following an extensive public consultation process and a significant amount of technical work undertaken by the Department of Mineral Resources and Energy (DMRE), we will be amending Schedule 2 of the Electricity Regulation Act to increase the National Energy Regulator of South Africa (Nersa) licensing threshold for embedded generation projects from 1 MW to 100 MW”.

The President said the intervention reflected government's determination to take the necessary action to achieve energy security and reduce the impact of load-shedding on businesses and households across the country.

The reform was also expected to unlock significant investment in new generation capacity in the short and medium term, enabling companies to build their own generation facilities to supply their energy needs.

It was also confirmed that any plants developed to power mines, factories and farms would also be allowed to wheel electricity through municipal and Eskom networks and sell surplus electricity to nonrelated buyers.

However, generation projects would still need to obtain a grid-connection permit, undertake an environmental impact assessments and register with Nersa, which would “verify that they have met these requirements” and provide authorisation for the plants to operate.

“Municipalities will have discretion to approve grid-connection applications in their networks, based on an assessment of the impact on their grid,” Ramaphosa added.

Mantashe, who has previously resisted calls to increase the cap beyond 10 MW, warning of grid "chaos", expressed support for the move and promised that the envisaged Nersa registration process would not exceed three months.

The Mineral Resources and Energy Minister indicated that the move beyond 50 MW had been informed by the fact that three mining companies had already expressed a desire to invest in projects exceeding that limit and government felt that these project should also be facilitated.

"It is also bargaining, you know," the former trade unionist quipped.

Ramaphosa stressed that the ability to address the energy crisis swiftly and comprehensively would determine the pace of South Africa's economic recovery.

"Resolving the energy supply shortfall and reducing the risk of load-shedding is our single most important objective in reviving economic growth," he added.

The Minerals Council South Africa immediately welcomed the announcement and said it was committed to work with the DMRE and Eskom to ensure that at least 1.6 GW of mostly renewables capacity could "rapidly" be introduced to the grid.

"Our initial estimates are that this development could lead to additional short and medium-term investment by the industry solely in embedded generation projects of around R27-billion," the council said in a statement.

"What is needed as a next step is to develop concrete plans to shorten the grid-tie licensing process with Eskom, and to expedite environmental authorisations without compromising their integrity."

Business Unity South Africa (BUSA) said that, based on a 50 MW cap, it estimated that upwards of 16 000 direct jobs could be created as a result of the reform, which would be even higher at 100 MW.

"While this change is well received, BUSA believes every day of delay and load shedding adds to our economic pressures and urges government to publish this amendment within 30 days of this announcement to expedite projects in this space," CEO Cas Coovadia said in a statement.

Agbiz CEO Dr John Purchase “wholeheartedly” welcomed the development, describing it as timely in a context where the agriculture sector desperately needed improvements to be made to the policy environment.

“Aside from the load-shedding being experienced countrywide, we recently saw prominent agribusinesses voice concerns about their ability to do business in rural municipalities due to poor service delivery.

“The announcement that companies can now generate up to 100 MW without obtaining a formal licence is a timely boost for business confidence as it will unlock large investments into renewable energy and allow businesses to secure their energy needs,” Purchase said.

The Energy Intensive Users Group of South Africa (EIUG), whose mining and industrial members collectively account for over 40% of the electrical energy consumed in the country, said Ramaphosa’s announcement represented an “incredibly significant step in transforming our electricity supply industry and closing the short-term energy deficit”.

The EIUG was keen to participate in the finalisation of the amendment over the next 60 days and also stressed the importance of coupling the reform with the creation of a clear national wheeling framework, as well as a framework to facilitate the trading of electricity on a short-term basis.

“Given that any new generation will take some time to come online and whilst load shedding continues to increasingly bear down on the country, the EIUG calls for Eskom to expedite and radically enhance their maintenance recovery programme,” the organisation’s statement added.

South African Independent Power Producer Association chairperson Thomas Garner indicated that a recent survey of its members showed that there were at least 18 projects ready for finalisation and execution.

“We are encouraged by the President’s recognition of the need for ‘bold and urgent action’ – a sentiment that has been sorely lacking in the past 13 years of load-shedding. Further, government ‘remaining agile and willing to adapt’ are attributes that are needed in the fast-changing energy needs of South Africa,” Garner said.

The Congress of South African Trade Unions (Cosatu) said it hoped that the announcement would spur investment in additional energy generation, noting that the lack of reliable and affordable energy threatened millions of jobs.

However, Cosatu argued that government and industry also needed to worked together to ensure that materials used for the generation investments were made locally and that former mineworkers were specifically targeted for recruitment at the plants “to help ease the large numbers of workers who had lost their jobs in the sector”.

Likewise, Western Cape Finance and Economic Opportunities Minister David Maynier appealed for the amendment to Schedule 2 of the Electricity Regulation Act to be finalised urgently, together with clarity as to which categories of projects were covered by the relaxation.

Maynier also said that steps should be taken to ensure that the permitting and registration requirements do not become "another regulatory spiderweb causing unnecessary delays in the delivery of additional energy supply in South Africa".

In a research note on the development, Intellidex capital markets research head Peter Attard Montalto said the reform was expected to add about 15 GW to the electricity system over the coming five to seven years and spur about R100-billion in first-order investment and higher second-order investment "given the enabling environment energy security would provide to companies domestic and foreign".

NWU Business School's Professor Raymond Parsons added that the more liberal approach to energy supply in South Africa was good for investment sentiment at a time when the country needed to take full advantage of the current economic recovery.

"While this intervention today will not offer immediate relief to load-shedding it helps to lay a solid foundation for future power security," Parsons said, describing the move as an "upside surprise which is potentially favourable for investment and growth".