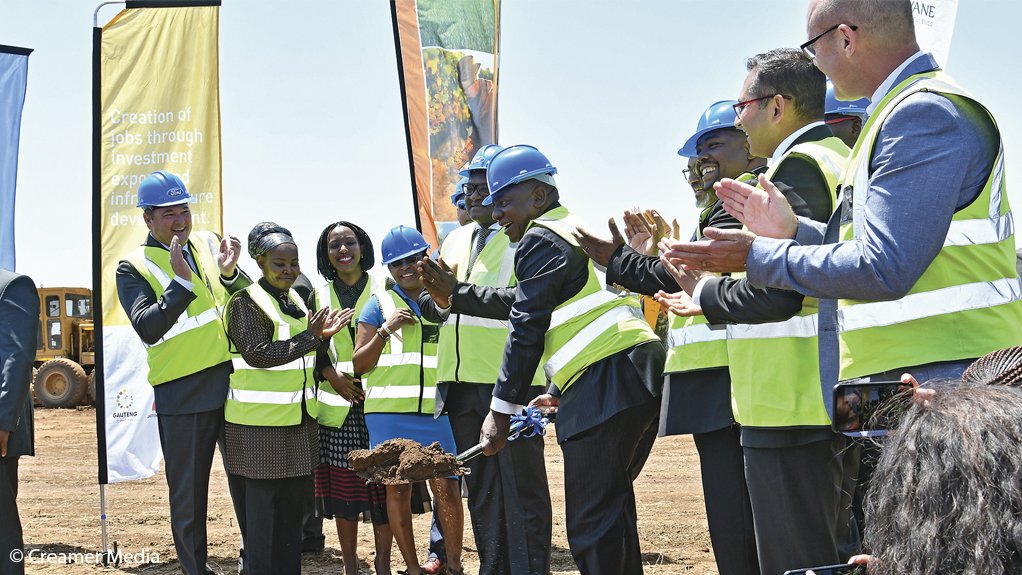 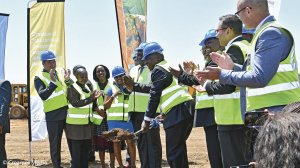 Despite the “massive challenges” posed by the Covid-19 pandemic, South Africa President Cyril Ramaphosa, in visiting the newly established Tshwane Automotive Special Economic Zone (SEZ) on February 2, said it was “great to see the progress” that had been made since construction started in August 2019.

He said the development of this SEZ presented a perfect opportunity to use South Africa’s comparative and competitive advantages, such as a well-developed automotive industry with advanced manufacturing capabilities, an appropriately skilled workforce and access to growing markets, to accelerate industrialisation.

In addition, such an SEZ provided significant potential to develop a robust network of emerging suppliers, he said, adding that this would help to expand and transform South Africa’s manufacturing base, improve its export capacity, create employment and develop skills.

“In our own experience, SEZs have proven to be an effective tool both to enhance our productive capacity and crowd in private sector investment.”

Ramaphosa also noted that experience from countries such as Malaysia, China and Singapore, which had managed to place their economies on sustainable industrial paths, has demonstrated the potential of SEZs.

In reinforcing this sentiment, Ramaphosa noted that, since its inception in 2014, the SEZ programme had attracted R18.6-billion worth of private investment from 136 operational companies.

“An additional 99 investment expressions of interest by companies, worth R48-billion, are currently being considered.”

Going forward, he is hopeful that South Africa and its SEZs get a “large slice” of this landed as viable projects, as South Africa works with firms to turn ideas into commercial reality.

“The SEZ programme is playing a very significant role in supporting the implementation of the country’s Economic Reconstruction and Recovery Plan, which was launched in October 2020 to respond to the economic impact of the pandemic.”

The SEZ programme promotes an integrative and collaborative approach that strengthens partnership and coordination across all three spheres of government, as well as between government and the private sector.

This approach, Ramaphosa explained, was proving its worth in Gauteng through the establishment of the Tshwane Automotive SEZ.

As evidence, he pointed out that this SEZ had already made a significant contribution to the economy and job creation. “. . . the planning, design and construction work have, to date, delivered significant jobs, training and development to both the communities and small, medium-sized and microenterprises in the region.”

Further, Ford Motor Company of Southern Africa (FMCSA), with its nearby Silverton plant, has helped to attract 12 automotive component suppliers to the value of R4.33-billion, he noted.

On February 2, FMCSA also announced an investment of R15.8-billion in its various South African manufacturing operations – marking the biggest investment in Ford’s 97-year history in South Africa. It also represents one of the largest-ever investments in the South African automotive industry, boosting Ford’s production capability and creating new jobs, according to the company.