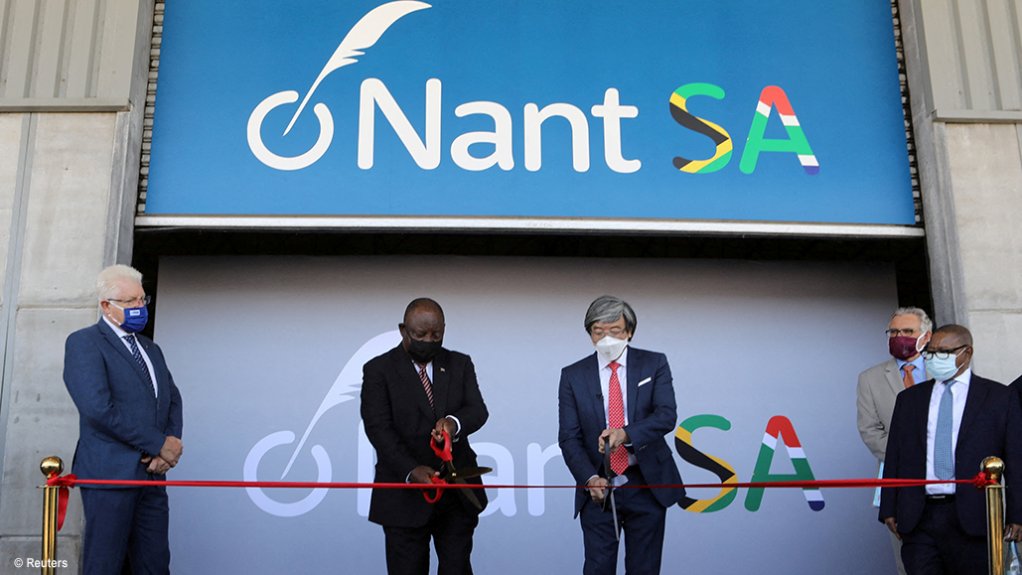 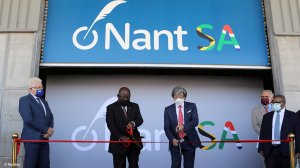 Billionaire Soon-Shiong was born in South Africa to Chinese immigrant parents. He qualified as a doctor at the University of the Witwatersrand and then moved during the Apartheid-era to the US where he subsequently built a medical and business empire.

NantWorks is a network of healthcare, biotech and artificial intelligence startups.

“We are moving at lighting speed. We hope that within the year, quite literally within the year, the first drug substance [active ingredient] will be produced in this facility,” said Soon-Shiong at the ribbon-cutting ceremony.

“This is where the real challenge is: We want to migrate from just fill-and-finish to manufacturing the drug substance ourselves.”

“This state-of-the-art vaccine manufacturing campus officially launching today is part of a broader initiative to propel Africa into the new era of health science,” added Ramaphosa.

“South Africa supports vaccine manufacturing to ensure we become self-sufficient as a continent; that we shed those colonial chains that have always bound us.

“Africa should not be last in line to receive vaccines against pandemics. Africa should no longer go cap in hand to the western world begging and begging for vaccines that they just want to drip off their tables,” he said.

The NantSA facility is part of a R4-billion-plus investment by Soon-Shiong and his family in South Africa, both on a business and philanthropic level.

The facility, set to employ between 400 and 600 people, would focus on a new generation of vaccines, explained Soon-Shiong. It was not an antibody-based vaccine, but a combination of an antibody and T-cell-based vaccine.

The ambition is to “kill the factory”, he noted.

Soon-Shiong said it was too early to become complacent about Covid-19, as concerns lingered around the virus, such as a scenario where the Omicron variant, which is 75% more infectious than the more deadly Delta variant, might combine with the Delta variant.

Trials for the proposed vaccine were still being conducted worldwide, including Australia and the US.

Other vaccines to be developed at the Cape Town facility might include ones against HIV, tuberculosis and various forms of cancer.

Other regions in Africa to which Soon-Shiong wanted to expand vaccine production included Ghana, Uganda and Botswana.