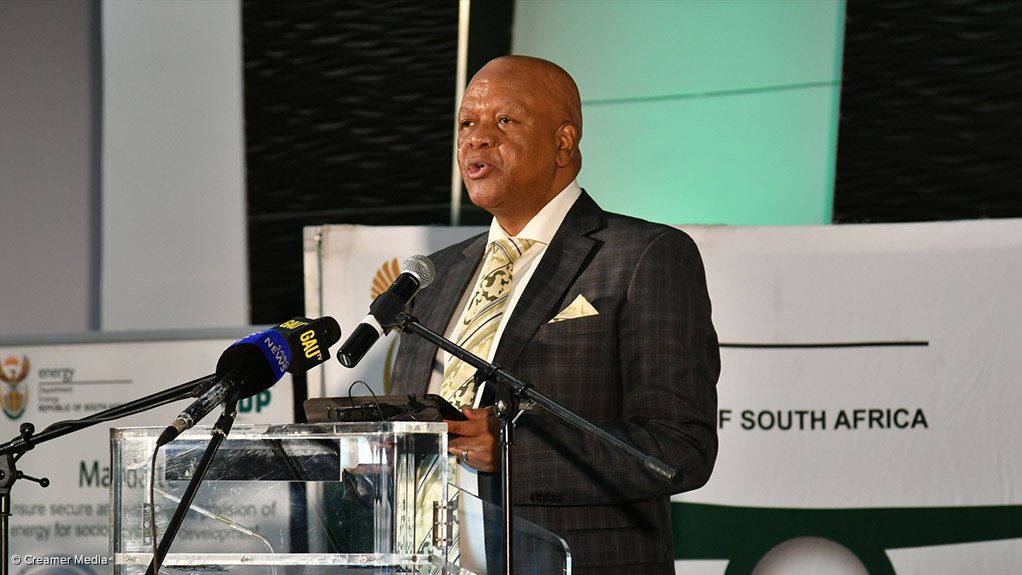 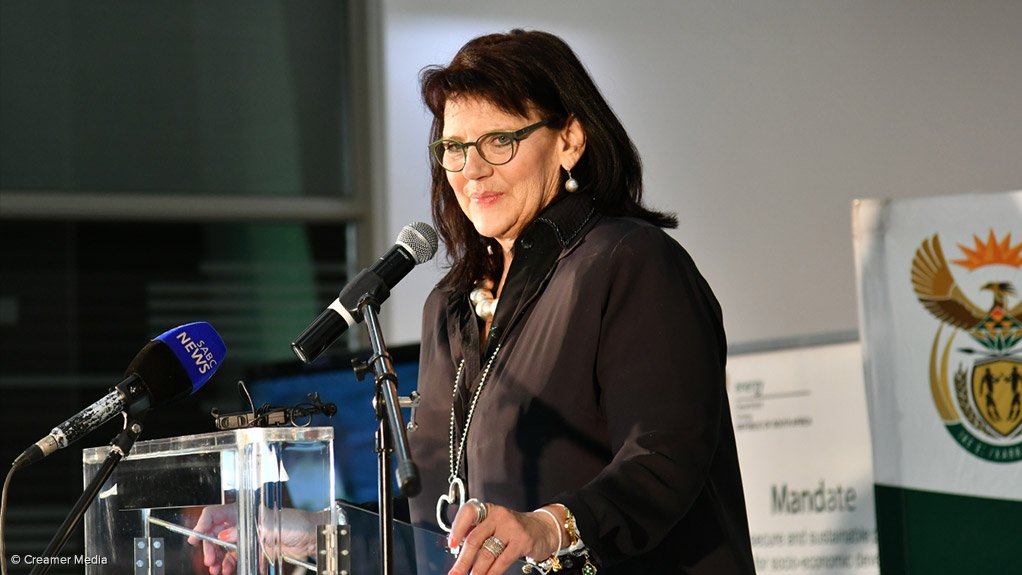 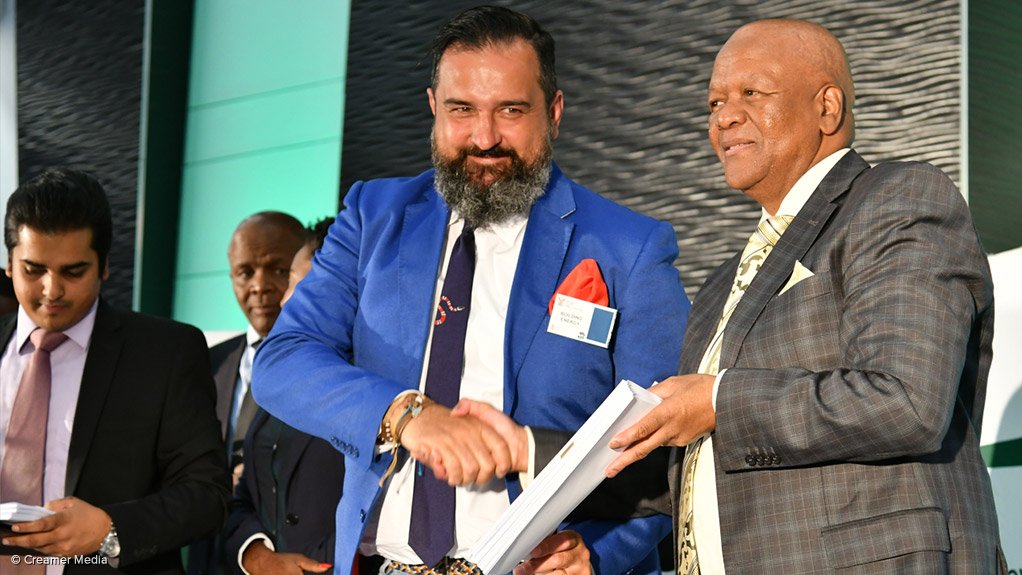 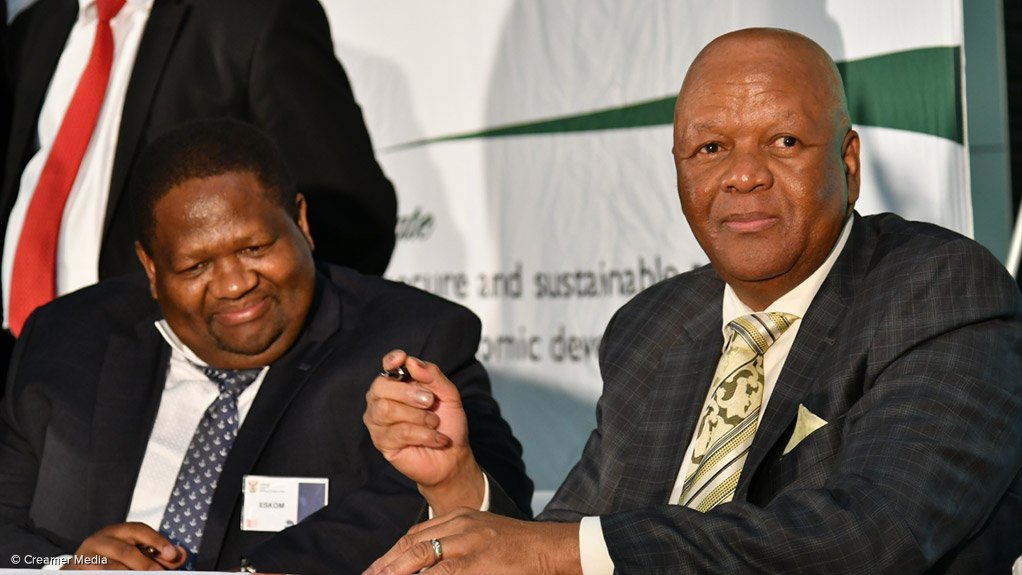 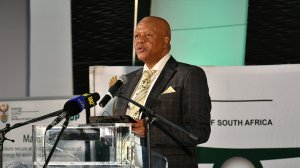 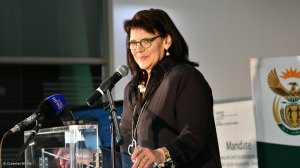 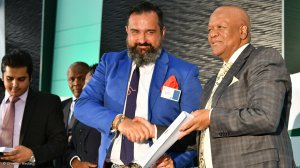 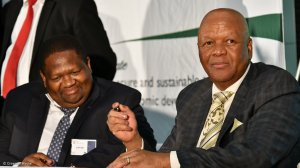 Agreements opening the way for the construction of 27 renewable-energy independent power producer (IPP) projects, with a combined investment value of R56-billion and a combined capacity of 2 300 MW, were finally signed on Wednesday April 4, after a confidence-sapping delay of over two years.

At the signing event in Pretoria Energy Minister Jeff Radebe declared a “new dawn” for renewable energy in South Africa, following a “long period of uncertainty, not only for the renewable-energy industry, but also for private sector investment in the energy sector”.

He committed to providing investors with better “line of sight” of what South Africa planned to procure in future and acknowledged that no investment decisions could be made on a “stop-start basis”. Details would be provided in a new Integrated Resource Plan, which would be released "very soon".

Radebe described his role as one of facilitating an “enabling environment for a thriving energy sector”, while noting the National Development Plan’s target of raising the installed capacity of renewable energy to 20 000 MW by 2030.

The 27 projects signed on April 4 were identified as preferred bids all the way back in 2015, following bid windows 3.5 and 4 of the Renewable Energy Independent Power Producer Procurement Programme (REIPPPP). However, the procurement process stalled after Eskom announced, in early 2016, that it would no longer conclude power purchase agreements (PPAs) with renewable-energy IPPs, owing to its return to a generation surplus.

Following the recall of President Jacob Zuma and the appointment of Radebe, by President Cyril Ramaphosa, as the country’s newest Energy Minister it was announced that the project agreements, including the PPAs with Eskom, would be signed on March 13. But the Department of Energy (DoE) then voluntarily held back from signing after the National Union of Metalworkers of South Africa and Transform RSA approached the courts in a bid to interdict the projects, which the two organisations argued would result in coal-sector job losses.

The case was heard in the High Court on March 27 and, on March 29, the case was dismissed. Judge Dawie Fourie ruled that the application was not urgent and struck the case off the roll, with costs.

Radebe said he, too, was concerned about the prospect of job losses in the coal sector, but dismissed suggestions that the renewable-energy projects had any direct role in raising the threat of such cuts. Instead, employment in the sector was threatened by the fact that several mines and power stations were approaching the end of their economic lives.

The Minister also stressed that the 27 new projects would stimulate 58 000 new jobs, mostly during construction and mostly in the rural areas of the Northern, Eastern and Western Cape provinces, as well as the North West, Free State and Mpumalanga provinces. There was potential to create a further 1 500 jobs in the manufacturing sector as a direct spin-off from the projects.

Twenty-four of the projects are either solar photovoltaic (PV) or onshore wind developments, but the list also includes the Redstone Concentrated Solar Power (CSP) project, in the Northern Cape, the Kruisvallei mini-hydro project, in the Free State, and the Ngodwana Energy biomass project, to be fuelled using waste Sappi wood chips, in Mpumalanga.

IPP Office head Karen Breytenbach said that, besides energy, the procurement process had insisted on both higher levels of domestic and black ownership, as well as socioeconomic development than projects procured in previous bid windows.

However, Radebe proposed the development of an 'Energy Transformation Charter' through which government and the industry could agree to specific transformation targets. "It is government's position that South Africa cannot address inequality, poverty and unemployment without the economic empowerment of historically disadvantaged groups . . . [and] without the support of the private sector."