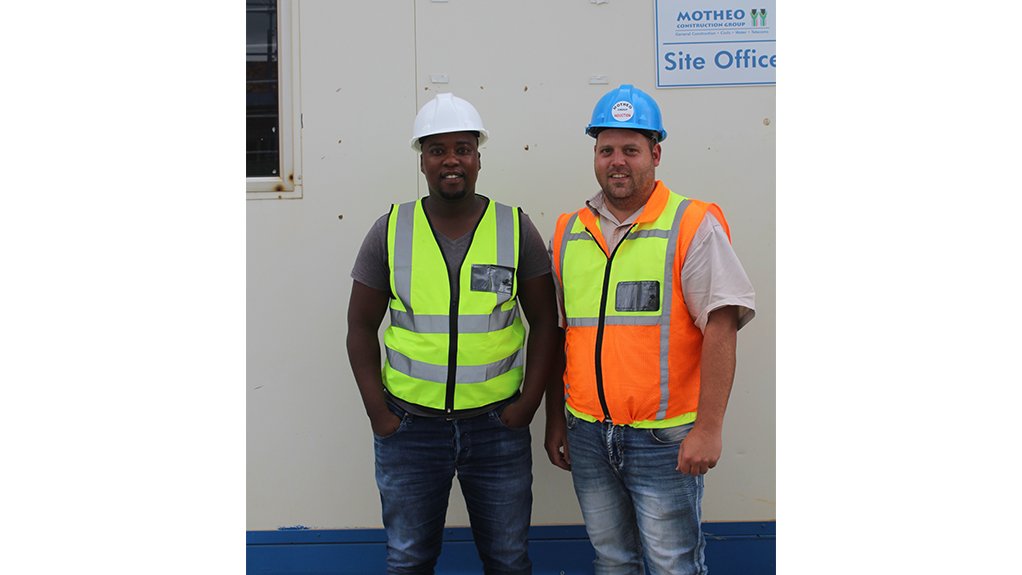 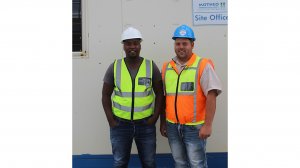 CoreSlab, a leading South African precast-concrete specialist, is supplying a total of 16 000m² of hollow-core slabs (HCS) to a large low-cost housing project in Polokwane, Limpopo.

Located along Railway street, Annadale Phase 2 comprises just more than 17 000m² of development. It consists of 11 double- and triple-storey apartment blocks to provide 500 additional low-cost housing units, including 30m² one- and 40m² two-bedroom units, in this growing urban hub by February 2022.

The project is being driven by the Polokwane Housing Association, a division of the Polokwane Municipality and managed by multidisciplinary consultant, Chiefton Consulting & Services.

By the beginning of 2020, Motheo Construction Group, the principal contractor, was already forging ahead on the construction of the first four apartment blocks.

Jaco de Bruin, Managing Director of CoreSlab, worked closely with the design and construction teams to optimise the layout of the floors, before mobilising his team to site at the end of 2019 to commence installation of the HCS.

“CoreSlab was very involved in the design of the HCS floor slabs to ensure its swift approval by the National Home Builders Registration Council. Johan Muller, who is now overseeing the installation of the floors on behalf of the company, is also providing a very professional service,” Philisa Mnyaka, Motheo Construction Group’s Site Agent, says.

A decision to use HCS also proved to be more cost-effective than rib-and-block systems, considering the immense savings in equipment and construction materials.

Cast at the company’s state-of-the-art factory in Polokwane and transported to site, the HCS are placed directly on the load-bearing walls without the need for staging and propping to enable the main contractor to commence working at the next level and below almost immediately.

While also less labour intensive than rib-and-block and in-situ floor construction, many jobs are already being created on other aspects of this sizeable project. This was an important consideration that also helped to tip the balance in favour of outsourcing the manufacture and installation of the floors to a specialist contractor that would ensure a quality installation the first-time round.

More than 300 people will be employed on the construction site when work commences on the roof structures in April 2020.

By February 2020, there were already 200 people employed on the construction site. They include the five bricklaying teams, each comprising 12 skilled bricklayers and 18 general workers per subcontractor.

The teams are also being closely managed by the principal contractor to ensure that they maintain high quality standards throughout and each achieve their production target of laying a total of 6 000 bricks a day to keep the project running according to schedule.

All other sub-contractors are also working to the same strict production and quality standards on a project where there is simply no room for error.

“An optimal installation rate on this specific project is considered about 350m² a day and it takes about two days for the factory to manufacture the more than 800m² of HCS required to complete a single floor. To avoid delays on our side, there is constant interaction between the factory, the heart of the operation, and our installation team, which can place up to 400m² a day,” he says.

The HCS are dispatched to site on a just-in-time basis and then lifted directly from CoreSlab’s truck trailers using a mobile crane, with the team moving from

one block to the next according to a predetermined schedule that is determined by the principal contractor on a weekly basis.

CoreSlab was also contracted to manufacture and install all precast concrete stairs– a sizeable undertaking considering that there are four flights per level for each of the 11 residential blocks.

De Bruin concludes that he is proud to be associated with a project that is helping to alleviate the severe low-cost housing backlog in the country.