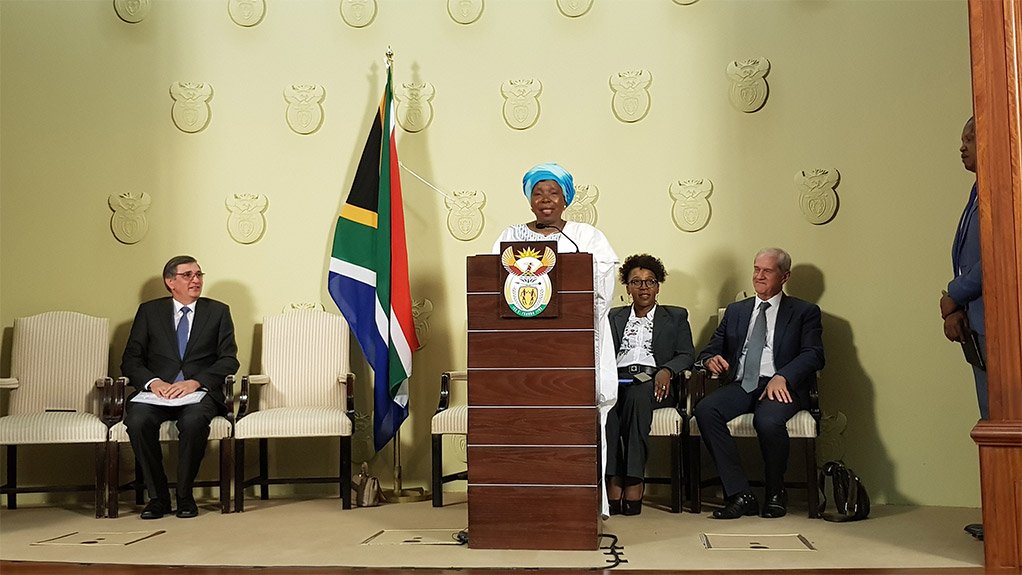 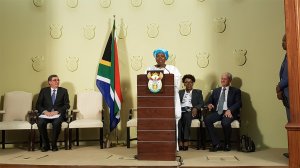 The Public-Private Growth Initiative (PPGI), an evolving sector-based collaboration between government and business, has earmarked 18 projects across various sectors of the South African economy for priority implementation in the coming months.

Minister in the Presidency Dr Nkosazana Dlamini-Zuma reported on Monday that the projects were identified during recent meetings held under the aegis of the PPGI, which currently comprises business representatives from 24 sectors.

Speaking during a briefing held at the Union Buildings, in Pretoria, Dlamini-Zuma said the action-oriented initiative aimed to unlock investment and reignite growth in the South African economy, which has been trapped in a low-growth trajectory for several years.

In 2018, South Africa’s gross domestic product expanded by only 0.8% and the National Treasury is forecasting growth of only 1.5% this year.

PPGI participants believe that greater collaboration between government and business in addressing inhibitors to investment, including policy and regulatory uncertainty, has the potential to unlock more than R500-billion-worth of investment and accelerate the country’s yearly rate of growth to five per cent.

The initiative dovetails with President Cyril Ramaphosa’s plan for attracting $100-billion-worth of domestic and foreign investment into the country over a period of five years, starting in 2018.

Van Zyl, who also addressed the briefing in Pretoria, said that each participating sector would draft a five-year plan, which would incorporate key performance indicators negotiated with the line departments responsible for each sector.

Every effort would also be made to avoid duplication of roles with established business organisations, such as Business Unity South Africa. Van Zyl said that while business bodies would continue with their advocacy and policy engagements, the PPGI would focus on implementing specific projects.

“We don’t want to be a talk-shop activity. We want action, we want delivery, we want to see these project being implemented,” he said.

Meyer said details of 18 projects had been shared with Ramaphosa and would be publicised more widely once bilateral meetings between the projects initiators and the line departments had been finalised.

Meyer indicated that tourism projects featured strongly in the pipeline and revealed that the discussions were currently focused on addressing ongoing visa constraints, as well as the creation of an electronic visa facility to improve the application experience for foreign tourists.

Attention was also being given to improving the logistics infrastructure required for the efficient export of South African-produced grains, with a proposal having been made to materially upgrade the reach and performance of the country’s public rail network for servicing grain farmers.

“After the new administration has come in after the elections, the total plan will be presented  . . . and then by June or so we will be able to give more detail as far as each of these projects is concerned,” Meyer explained.

Dlamini-Zuma acknowledge that South Africa's electricity crisis posed a threat to investment and had to be addressed as "energy is paramount for everything".

"We all recognise that power is critical and that's why Minister [Pravin] Gordhan shouldn't have any sleep; he should be spending sleepless nights trying to solve this issue together with Eskom and working with all the relevant stakeholders."