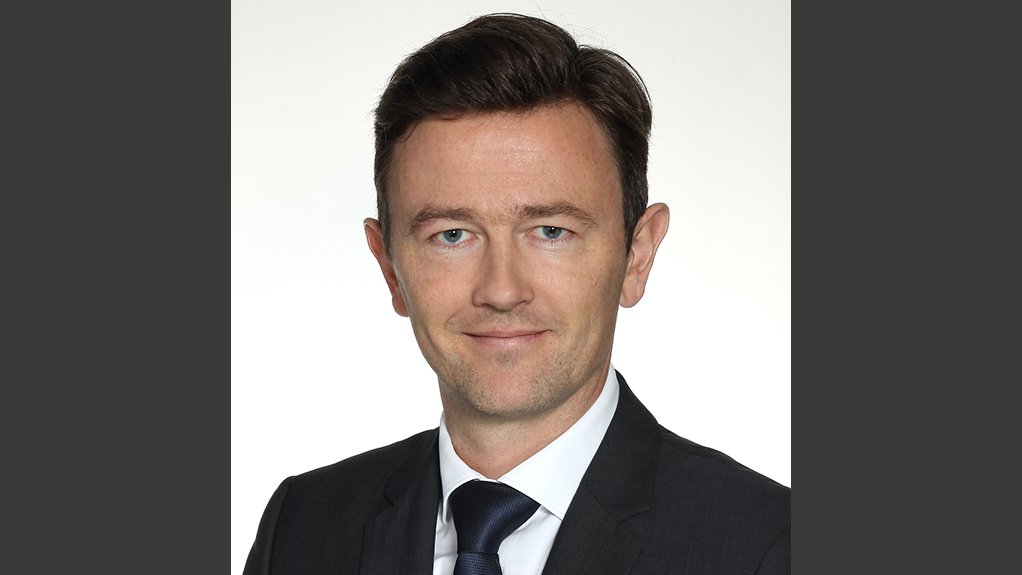 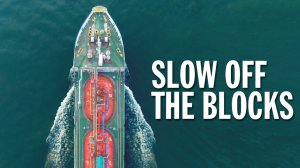 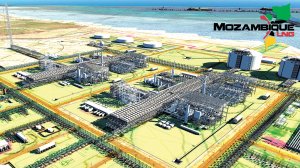 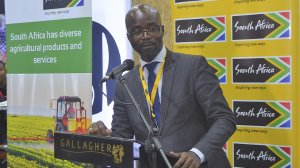 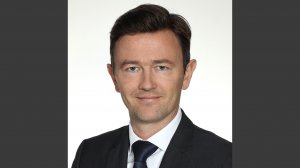 Much can still be done by South African business to ensure that opportunities stemming from Mozambique’s myriad large-scale liquefied natural gas (LNG) projects do not pass them by.

Various LNG projects along the Mozambique coast continue to gain momentum as major oil and gas multinationals, such as Total, Eni and Exxon Mobil, mobilise billions of dollars to exploit at least 150-trillion cubic feet (tcf) of LNG resources, with total investment expected to reach $120-billion by 2026, $150-billion by 2030 and $200-billion by 2040.

Global competition for tenders is stiff, as everything – from complex LNG trains to basic infrastructure – has to be supplied and built from scratch, with companies from North America, Asia, Europe and Africa all vying for their share of the pie.

Department of Trade, Industry and Competition’s (DTIC’s) Trade Investment Africa chief director John Rocha admits that, considering South Africa’s close proximity to Mozambique, “we have been extremely slow off the blocks” to take advantage of the opportunities stemming from the large-scale LNG projects.

“While South African companies have a huge appetite to get involved in these massive opportunities, alignment, coordination and coherence as a South African team are lacking,” he declares, adding that local industry needs to act as a collective to secure these opportunities.

Rocha indicates that the reality of the magnitude of the opportunity dawned on South Africans only once US oil and gas company Anadarko and its co-venturers last year announced a financial investment decision (FID) for the development of the Area 1 Mozambique LNG project – the largest project currently under way.

In September last year, Total acquired Anadarko’s 26.5% interest in the project for $3.9-billion. Total now leads the Mozambique LNG project, which is currently valued at about $25-billion – comprising about $10-billion in equity investment and $14.9-billion in debt funding, which is the largest-ever single debt transaction in Africa.

Eight export credit agencies, including from the US, Japan, Thailand, the UK and Italy, have contributed a combination of direct and covered debt. South Africa’s Export Credit Insurance Corporation (ECIC) has underwritten $800-million of the contributed finance to cover South African financiers, thereby ensuring that 50% of that value – about $400-million, or R6.6-billion – is prescribed for South African procurement.

The ECIC has been working closely with the DTIC and other relevant players to identify the nature of goods and services that could be sourced from South Africa.

“If South Africa were to be left behind in these projects, our companies might not be presented with such a massive opportunity, nearby, for a long time,” says ECIC CEO Kutoane Kutoane, who believes that it is critical to formalise exchange platforms that extract the maximum benefit for South African businesses.

Local banks, such as Standard Bank and Rand Merchant Bank, as well as the Development Bank of Southern Africa, have contributed funding either in the form of commercial loans or under ECIC cover.

Standard Bank oil and gas head for Southern Africa Paul Eardley-Taylor says the ECIC’s $800-million tranche creates the clearest opportunity for local businesses to supply products and services to the Mozambique LNG project, and will be followed by more opportunities as the project expands and additional LNG projects in the region reach FID over the next few years.

The Mozambique LNG project will develop the Golfinho and Atum gasfields, located in Area 1, off the shore of Cabo Delgado, Mozambique’s northernmost province.

It includes the construction of a two-train liquefaction plant with a capacity of 13.1-million tons a year. Area 1 contains more than 60 tcf of gas resources, of which 18 tcf will be developed with the first two trains.

Total Mozambique country chair Ronan Bescond confirms that, despite Covid-19 challenges and the threat of an ongoing militant insurgency nearby, the project is on track to deliver LNG by 2024, with construction of enabling infrastructure well under way, and some already completed.

“In the coming year, there will be a shift in focus from the construction of enabling infrastructure to the development of the LNG facility,” Bescond tells Engineering News & Mining Weekly.

Research and consulting firm Africa House market access and research director Duncan Bonnett says that about 20% of more than 400 contracts have been awarded, with activity expected to ramp up significantly in the first quarter of next year.

A further FID of about $30-billion is expected to be announced by 2024 for the development of third and fourth LNG train extensions, adds Africa House market access and development director Roelof van Tonder.

This, he says, will bring further opportunities for South African investment and procurement.

The expected FID announcement for the similarly sized Exxon Mobil-led Rovuma LNG project was postponed, owing to a combination of severely deflated global oil prices and the economic headwinds resulting from Covid-19.

The Rovuma LNG project seeks to exploit Area 4’s estimated 85 tcf of LNG in the deep waters of the Rovuma basin.

The value of the Rovuma LNG project FID is expected to be about $30-billion, and Bonnett believes that it will likely be made official “sooner rather than later”, owing to the work and money already invested.

The project will incorporate two LNG trains and associated infrastructure – some of which will be shared with Area 1. The FID on trains three and four was originally expected to be announced by about 2024 for an additional $35-billion, although this will likely be delayed as well.

Kutoane says provisional approval was given for the ECIC to cover $600-million of the project’s funding prior to the FID being postponed, and it can be expected that this investment will also include a prescription for at least 50% of the value to go towards South African-procured goods and services when final approval is given. This will be in line with the ECIC’s national content guidelines.

Meanwhile, on a smaller scale, the Eni-led Coral South floating LNG project, located about 100 km off the shore of Cabo Delgado, is well under way, and remains on time and within budget to produce LNG from Area 4 by 2022.

The $9.5-billion project will use a floating plant – the Coral Sul – for liquefying the natural gas and will have a capacity of 3.4-million tons a year.

Eardley-Taylor adds that further opportunities for South Africa will be centred around Pemba, which he says will be the drilling hub for Coral South, Rovuma LNG and Mozambique LNG.

“The importance of the Coral South project is that it will enable Mozambique to start receiving revenues and royalties from that gas soon, which will strengthen the country’s balance of payments and pave the way for more projects,” Bonnett notes.

Currently, the relatively young State of Mozambique is listed as one of the United Nations’ least-developed member countries, meaning that it lacks industrial development and suffers from a dearth of infrastructure needed to support the large-scale LNG projects.

“Infrastructure is the cornerstone of these projects and that cornerstone is currently nonexistent,” says Mozambican Oil and Gas Chamber (CPGM) chairperson Florival Mucave.

Although some transport infrastructure – such as ports, airports, roads, railways and pipelines – is being constructed, more such infrastructure will be needed as the projects expand in size and number over the following 20 years.

Support infrastructure, such as water and power supply, is also either nonexistent or in need of upgrades.

Moreover, all ancillary infrastructure and development, including hotels, office parks, housing and shops, are required.

In the sparsely populated Cabo Delgado province, where most of the big development is taking place, the Mozambique government has completed a masterplan for ‘Gas City’ – a fully modernised city of about 200000 residents.

While South African companies can supply to Mozambique’s projects through mechanisms such as ECIC’s tranche and the resulting 50% South African-content prescription, further opportunities lie in wait for South African companies that partner with Mozambicans and operate out of Mozambique to take advantage of the local-content policies. Companies that follow this route can also enjoy ECIC cover under the 20% or more minimum local content provision under ECIC content policy.

Eardley-Taylor explains that about $5.5-billion of the Mozambique LNG and Rovuma LNG projects – combined – is allocated to procuring local content, with Mozambican content providers allowed a 10% pricing premium.

Meanwhile, Mozambique needs to decide where to allocate the domestic gas that will pour in as a result of these projects. Currently, development of the $300-million LNG terminal at the Port of Matola, in Maputo, is under way to facilitate national and regional LNG supply.

Mucave explains that Mozambique is aspiring to have up to 25% of all LNG produced in the country used locally. He notes, however, that the country does not have the capacity to use that much LNG and will, therefore, have to further its plans to supply either LNG or gas-fired power throughout the Southern African Development Community (SADC) region.

For this to be effectively implemented, he believes that a revised SADC Gas Master Plan should be developed, with Mozambique as its driver.

“If Mozambique is not driving this process, then the Mozambican government will not take ownership of the plan,” he says.

The expected supply of LNG or gas-fired power throughout the SADC region brings with it a whole host of further opportunities for South African businesses beyond the LNG project and infrastructure needs of Mozambique.

Meanwhile, the DTIC’s Trade Invest Africa, as well as companies such as Africa House, are seeking to educate and advise South African industry on the opportunities unfolding in Mozambique, and are working with various stakeholders to facilitate the partnerships and alliances necessary to achieve this on a political and commercial level.

With the needs of the Mozambican LNG projects spanning multiple industries and running for several decades, South Africa – Mozambique’s most industrialised neighbour – is in a prime position to leverage these opportunities if only it would act swiftly.