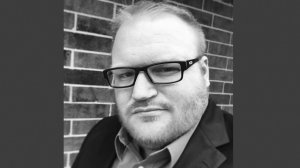 As climate change is causing various regions around the world to experience longer periods of droughts and general changes in humidity and wind levels, it increases the risk for sporadic wildfires.

That said, wildfires encompass its own set of “new risks”.

Vandewege says wildfires can feed back into the environment, creating their own weather phenomena.

For example, Northern California, in the US, has witnessed huge, dense clouds called pyrocumulonimbus forming. These clouds can produce thunderstorms and lightning, which can spark more fires.

Vandewege explains that these clouds can also give formation to “firenadoes”, creating a rotating vortex in the sky above the fire.

Normally, wildfires are driven along by wind, but a massive blaze can form a plume upwards into the sky, instead of smoke being pushed to the side. Because the plume contains heat and moisture, it condenses and forms clouds in the sky.

When the cloud collapses, it creates a downdraft of heavy smoke and embers, which reduces visibility for aircraft and firefighters.

Vandewege says a lot of investment is going into reducing risks arising from climate change and this includes fire protection plans.

DTN most often works with US- and Australia-based utilities to forecast fire weather, using data from weather stations and sensors placed across a landscape, as well as integrating data into weather models using machine learning and artificial intelligence techniques to forecast into the future.

Additionally, the company leverages an experienced team of meteorologists to predict where existing fires will spread to next, which helps governments and companies plan their evacuation routes, if need be.

California, for one, experienced 8 100 fires in the 2020 wildfire season and is still fighting the Dixie Fire of August 6, which started 23 days prior. It has been deemed the largest single wildfire in the State’s history.

DTN endeavours to measure fire weather risk on its Fire Event Index, on a scale of one to five, with five being the most likely for fire development.

For example, fire weather conditions usually peak during the early afternoon when temperatures are typically at their highest; wind speed is at its maximum and most variable; and the relative humidity is generally at its lowest.

Utilities, for example, can then plan maintenance and other live wire-related activities for days or weeks where the fire risk is less prevalent.

Vandewege explains that, often, utilities are found liable if their infrastructure started a fire, even with a single spark. He adds that California has become proactive by temporarily shutting down power infrastructure during peak fire potential times, which also reduces fire breakout risk in residential areas.

He mentions that, as climate change takes further hold on the world, more regions will become susceptible to extreme drought and, therefore, wildfires.

Vandewege lists areas with increasing wildfire risk as the western and south-eastern parts of the US, central Europe, Australia and parts of South America, but new areas are continuously being considered as hotspots for wildfire risk.

DTN cites a study finding that the 2019 fires in Australia, which burned more than an estimated 50-million acres, were impacted by human-caused climate change.

Another study shows that climate change has doubled the number of extreme-risk days for California wildfires.

The company believes that having the ability to not only forecast fire weather, but to identify and monitor wildfires in real-time could make a difference in saving lives, property and livestock.

“What we have seen is an increased awareness for these events globally. However, with the use of machine learning and big data, weather [forecasting] companies have become more precise in their forecasting abilities.

“Just as we have seen increases in wildfires and fire weather conditions, we have simultaneously seen better tools and technology being developed to prevent or manage fires.”

Vandewege notes that DTN endeavours to make its information more accessible and less costly to deploy in certain markets. Particularly, the company is working towards automating its fire scoring technology to make it more accessible for a wider group of users globally.