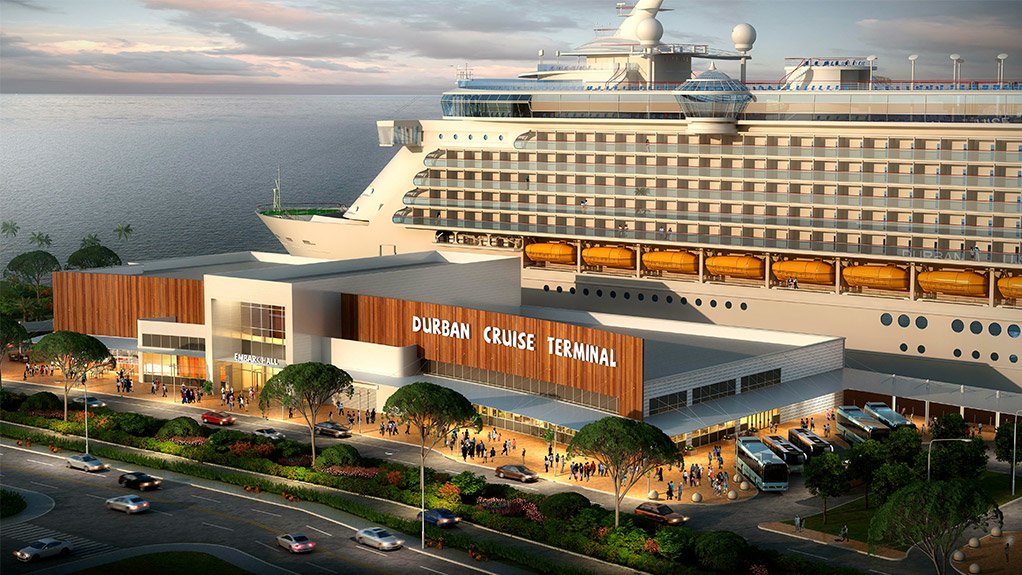 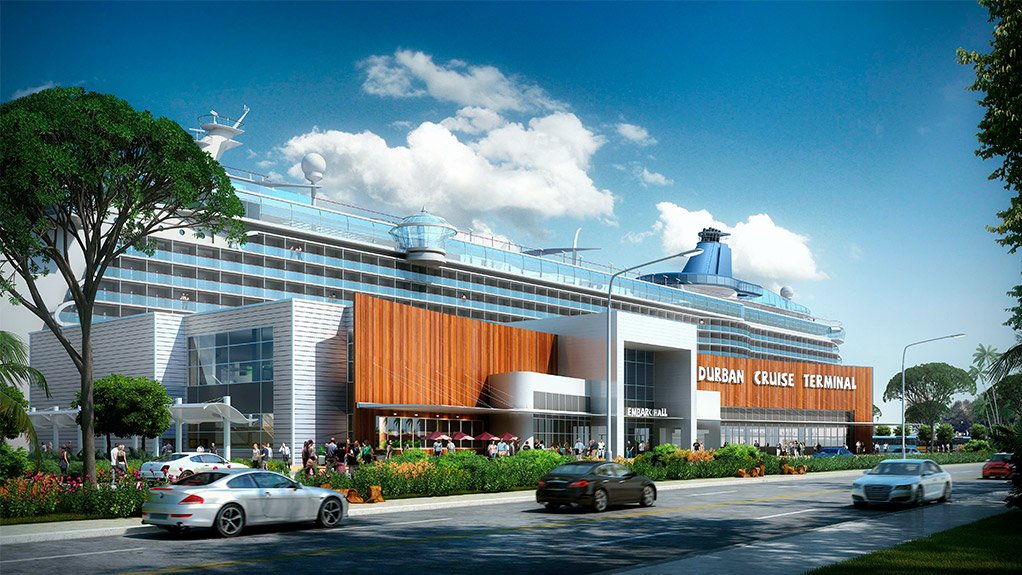 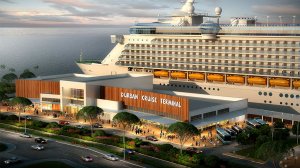 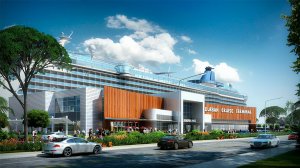 KwaZulu Cruise Terminal (KCT) – a joint venture between MSC Cruises, a subsidiary of MSC Mediterranean Shipping Company, and its black empowerment partner, Africa Armada Consortium – has been selected the preferred bidder for the development of the R215-million Durban Cruise Terminal.

Announcing the decision on Tuesday, Transnet National Ports Authority (TNPA) CEO Richard Vallihu told guests on the quayside beside N-shed in the Port of Durban – which has been used as a “makeshift cruise terminal” for a number of years – that the chosen bidder would be responsible for the design, financing, construction, operation, maintenance and transfer of a cruise terminal facility for a 20-year concession period.

KCT is 70%-owned by MSC Cruises and 30% by Africa Armada Consortium which its executive director, Mxolisi Nkululeko Mchunu, said was a four-year-old investment company that operated within the port and logistics sectors.

The company is classified as an exempted microenterprise (EME) and is expected to grow into a qualifying small enterprise (QSE).

MSC Cruises is the world’s fourth-largest company and operates in 45 countries and over 180 ports. The company has over 13 years’ experience operating cruise terminals including those in Marseille, Genoa, Civitavecchia and Naples.

This announcement comes after two previous failed tender processes. The successful proposal from KCT was one of two bids received in the latest tender process.

MSC Cruises MD Ross Volk said negotiations between TNPA and KCT were likely to be completed by October. Construction would commence by May 2018, with the new facility likely to be commissioned in October 2019.

He said development would be done in phases and, although the new facility would ultimately be able to accommodate two 300 ft cruise vessels, this would not be possible from the outset.

Due to the phased approach to the development, he said he was not yet able to provide specific details of which auxiliary spaces and retail spaces would be included.

However, Vallihu specified that various government departments, including the South African Police Service, Customs and Home Affairs, would be included in the facility. He said viewing decks that would allow the public to watch ship traffic into and out of the port had also been incorporated into the design.

N-shed will continue to serve the cruise industry until the new facility comes on stream.

He said the protracted tender process had been delayed in order to ensure “seamless integration of all development taking place” between the TNPA and the eThekwini municipality.

Speaking on behalf of the municipality, Councillor Nkosenhle Madlala said the new Durban Cruise Terminal would become an integral part of the ongoing Point Waterfront Development and had been factored into budgeted urban renewal programmes, which are expected to improve the aesthetic appeal of the inner city and address problems associated with derelict buildings.

Both Vallihu and Volk stressed that, although MSC regarded Durban as its home port in South Africa, the cruise terminal was open to all operators.

Vallihu noted that the global luxury cruise sector remained one of the fastest-growing segments in the tourism industry and had the potential to grow the economy and create jobs.

“The Durban cruise market had grown from 75 947 passengers ten years ago to 191 412 passengers last season.  Already, we have at least 20 international cruise liners operated by 14 cruise lines calling at South Africa’s ports,” he said.

Vallihu said TNPA was trying to work more closely with municipalities, provinces and the tourism sector to ensure alignment between goals and planning to cater for this fast-growing market.

Section 56 projects, which encourage private sector participation, are a key element of Transnet’s Market Demand Strategy and central to its provision of world class facilities to serve this market segment.

There are already a number of very positive Section 56 developments and concessions in place. In Cape Town, the V&A Waterfront was appointed as the operator of the Cape Town passenger terminal and black empowerment company, Burgan Cape Terminals, was granted a 24-year lease to develop a new independent fuel storage, distribution and loading facility.

In Saldanha, Sunrise Energy was awarded a 30-year concession by TNPA to build and operate a liquefied petroleum gas terminal.

In Ngqura, TNPA had recently signed a build, own, operate and transfer agreement with Oiltanking Grindrod Calulo Holdings that would see them plan, fund, construct, maintain and operate a new liquid bulk handling facility, Vallihu added.