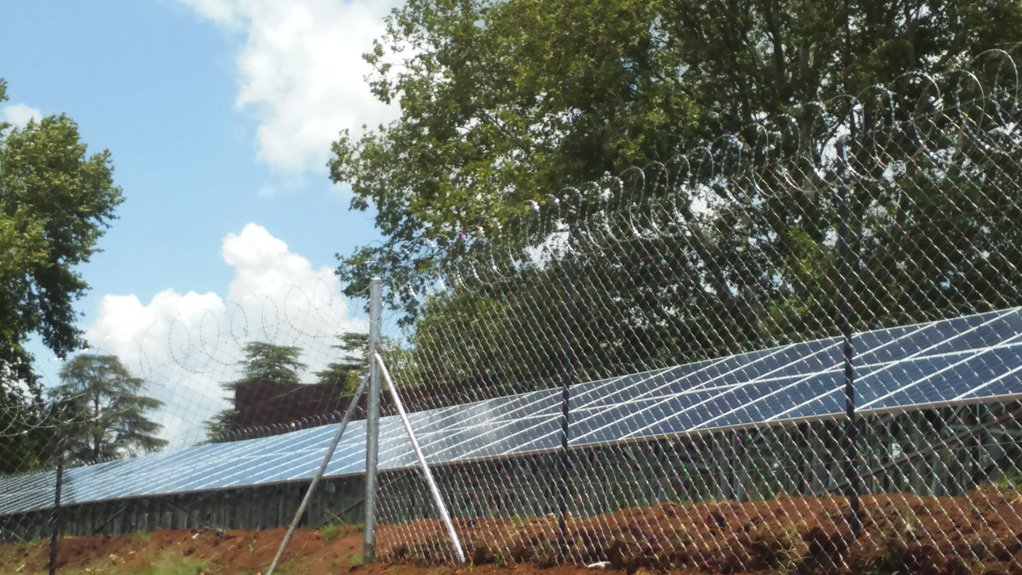 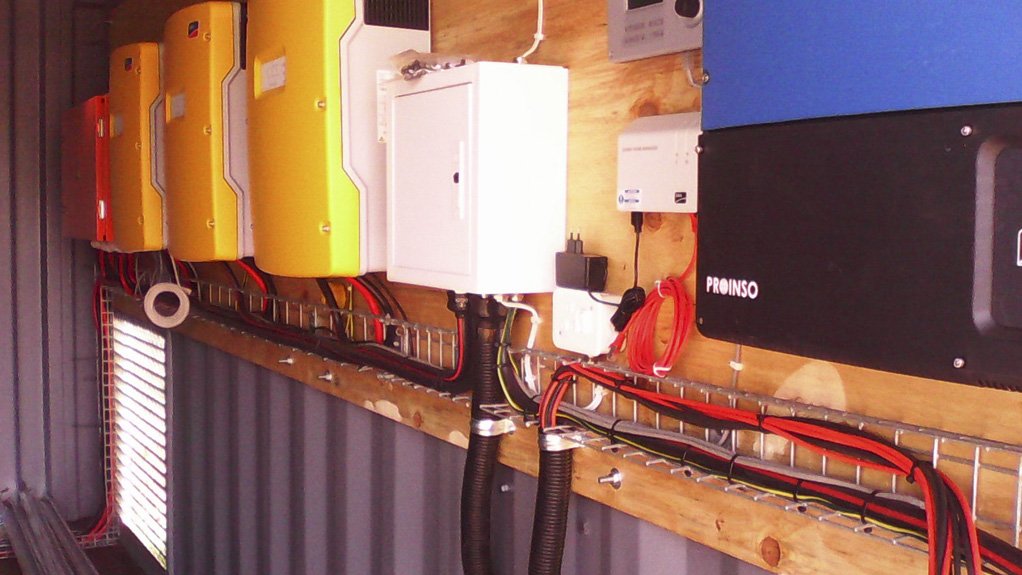 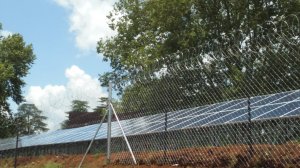 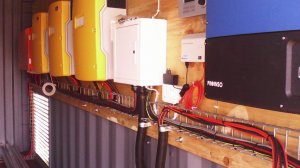 Wilgers is an initiative of State-owned power utility Eskom’s Development Foundation and the utility opted for a relatively maintenance-free and sustainable energy solution to supply power to the centre.

“The brief from Eskom was to provide a renewable-energy source that made economic sense whilst providing a safe, reliable and consistent supply of power to the community,” Parker comments.

He asserts that solar energy from PV modules was, therefore, the right choice, as the irradiance levels of the area in winter and summer, coupled with the open ground clearance, made it conducive to use.

However, he says that grid-tied PV systems have an inherent technological dependence on availability of sun at all times in order to work effectively, as well as requiring a connection to some form of electricity grid for national grid-code compliance in order for the system to work.

Parker adds that consideration had also to be given to the level of yield from the sunlight in summer and winter, as well as the use of the facilities requiring power in the evenings, when there is no sun. Further, there is the question of what would happen to the excess sun power over weekends, when schools were closed and demand was much lower.

“One has to understand that, when building a solar PV plant, it has finite capacity and capability, which are determined by the size of any energy storage device employed and the useful energy produced from the sunlight that is being harnessed from the solar PV modules. “Therefore, you need to understand the customer needs and work within these limits,” he states.

Parker says ZRW Mechanika, therefore, had to subsequently design a system where the plant would not necessarily require backup grid supply from Eskom. It could use either battery backup or generator backup as a grid referencing mechanism, and then generate mainly from solar power.

“To store excess energy generated over weekends or when demand was low, we incorporated battery storage using the latest wet-cell tubular accumulators from Hoppekke with an expected life in excess of 15 years.”

He explains that the battery capacity was sized to cater for two to three days of standby power in the event of continued cloudy or rainy weather where the energy from the sun was not optimal. The control system had the ability to start a generator when battery levels were low, or when peak power needed to be augmented or topped up with an alternative current source.

Parker notes that this happened through a centralised but simple energy management system, which made it possoible for the facility manager the ability to monitor performance and power characteristics remotely from the comfort of his office or anywhere else from his laptop.

Additionally, he highlights that Eskom wanted the power plant to look good so that it could fit into the aesthetics of the school architecture and layout.

“ We had to work with the architect to identify the most acceptable positon of the solar PV arrays, as well as the power plant housing the inverters and batteries, so that it did not negatively impact on the school and surrounding buildings, which proved to be challenging,” adds Parker.

He notes that, as a solution, the inverter power electronics, control gear and battery banks were housed in tailor-made 6.0960 m containers, which permitted them to be easily moved to different locations, whilst offering further upgrade and scalability in the future.

Maintenance Efforts “During the completion of the project, several community members were employed in the build programme. “Some members of the local community were trained to maintain the plant as a first line of preventive maintenance. This was based on the mutual vision of Eskom and ZRW to involve the community in its work, which created greater community awareness and ownership of the solar PV plant, as well as contributing to youth employment opportunities,” Parker says.

Moreover, the plant is fully automated, as it uses simple interface technology, thereby allowing for easy monitoring and understanding of the system by the semi-trained individual.

He adds that all levels of load control, generator start-up (if required) and grid interconnectivity will be automatic and seamless, without interruption of supply or any need for human intervention.

highlights that, as a result of the improved performance and flexible architecture of hybrid solar PV plants, as opposed to standard grid tied plants, the possible applications by companies in the private sector, and municipalities in the public sector, to solve 100% load supply, are possible, offering a truly uninterrupted and sustainable power supply.

He concludes that Eskom was satisfied with the ZRW final solution as it combined the full benefit of solar energy for the needs of the centre, coupled with an innovative way to keep power available whenever it was required by the community, in a system that was simple, efficient and relatively maintenance free.