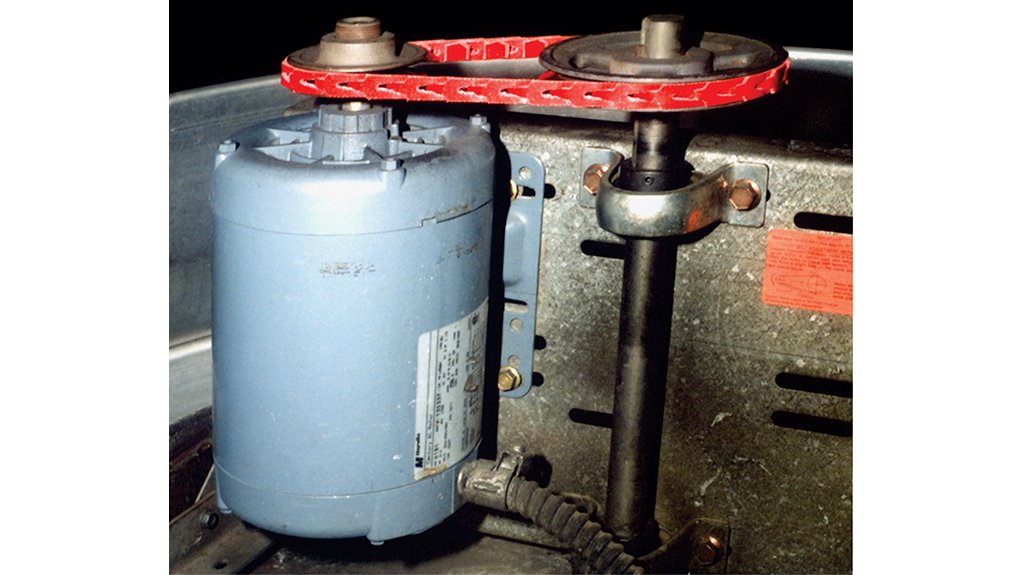 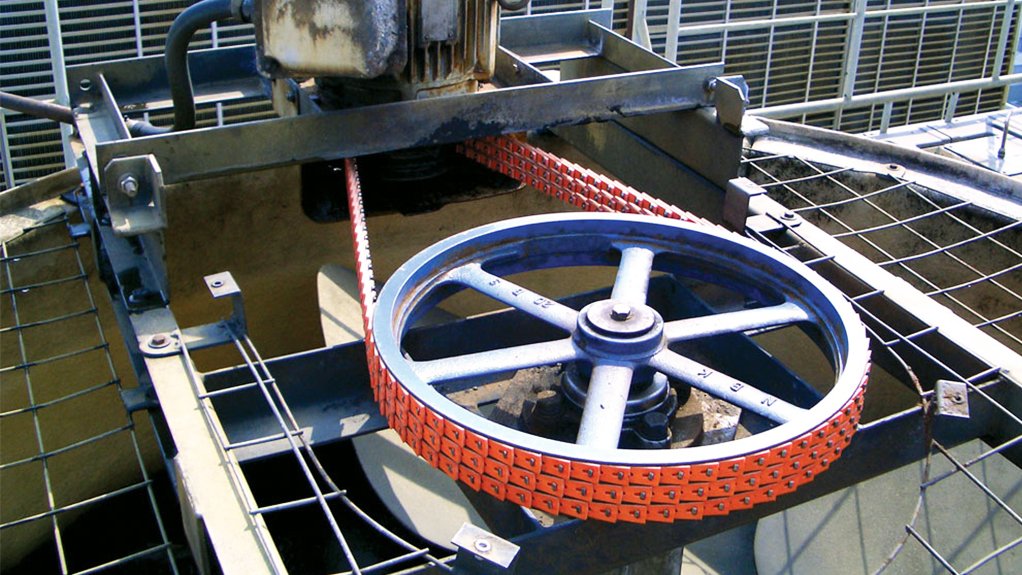 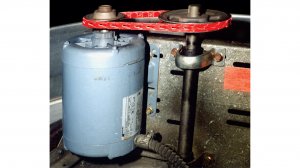 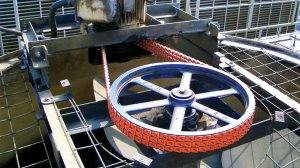 Fenner PowerTwist Drive V-belts, which are manufactured from a high-strength polyurethane elastomer, reinforced with multiple plies of polyester fabric, offer resistance to abrasion, oils and greases, water and steam, as well as industrial solvents and chemicals.

These flexible PowerTwist Drive V-belts are the ideal solution for permanent replacement and fitment into inaccessible locations. BMG power transmission business unit manager Carlo Beukes notes that these friction transmission belts can be customised for each sheave groove, reducing wear and providing a perfect matched set of belts when mounted on a drive.

He adds that the PowerTwist Drive belts combine extremely high strength with low stretch and have the same power ratings as conventional V-belts. The elasticity of woven polyurethane fabric enables these belts to be stretched over a pulley drive without any damage.

As such, once the required length of belt is determined, the V-belt is simply twisted and the end links are interlocked by hand, without the need for tools.

“An important advantage is that these durable belts operate efficiently at elevated temperatures (up to 110 ºC in harsh environments), for up to 15 times longer than standard rubber and other link V-belts. These flexible belts are also designed for easy installation as a permanent replacement, with minimal downtime. No dismantling of equipment is necessary,” Beukes enthuses.

Further, in a recent project, the BMG team assisted a customer where conventional V-belts on a hot saw drive had failed within a few months, because of heavy shock loads, high heat and the constant attack from metal slivers and abrasive particles.

Sheave groove wear was also a problem, he highlights.

After BMG’s Powertwist Plus belts were fitted on the same drive, belt life was extended to over 12 months, with a major reduction in downtime on this critical production unit.

For user convenience and inventory reduction, the PowerTwist Drive range is available from BMG in different speciality profiles and constructions for efficient power transmission and material handling applications.

Included in the Fenner range of transmission belts are Fenner Power Plus heavy-duty drive belts, which meet stringent international quality specifications, as well as the highest standards for static conductivity. These transmission belts comply with ISO 1813 standards.

Additionally, these belts, with an asymmetric weave double jacket for increased durability in harsh conditions, are heat and oil resistant. Their high length stability ensures minimal stretch and elongation.