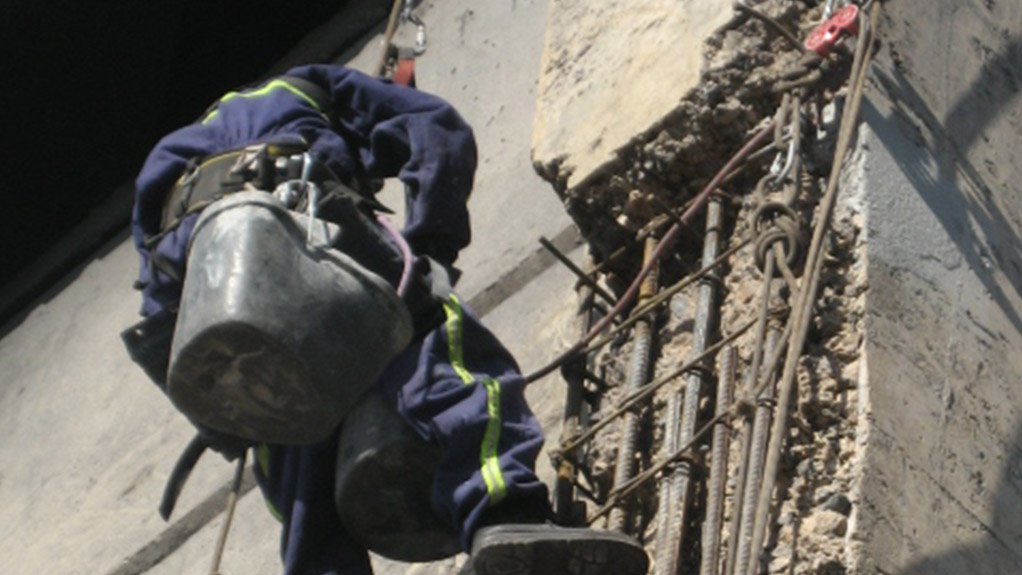 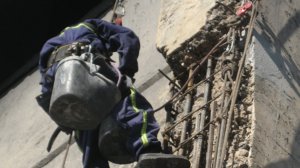 CONCRETE COMPLETION Skyriders was commissioned to complete maintenance on the entire water treatment building’s 6-m-high columns at the Medupi power station, in Lephalale, in Limpopo

Skyriders was originally approached and tasked with maintenance on only half of the building, but was later commissioned to complete maintenance on the entire water treatment building, says Skyriders marketing manager Mike Zinn.

“After two days of working on half of the water treatment building, Skyriders was on schedule and everything was proceeding well. When Medupi management saw this, they approached Skyriders about carrying out maintenance on the remainder of the building too,” he explains.

While the concrete columns of the water treatment plant are about 6 m high, Zinn points out that the use of scaffolding for the maintenance work would have been a difficult and timely task. “By using rope access, the maintenance team was able to get up to the top of the columns and carry out the necessary work quickly and easily.”

“The Skyriders team had to reach the top of the columns and prepare the concrete surface. After the concrete is prepared, shuttering – a wooden box-type structure that is open at the bottom and top – is placed around the column and filled with the grout. Once the grout has dried, the shuttering is removed and the grout is smoothed,” he explains.

During this process, inspections had to be carried out by Medupi management. However, as the location of the points posed a challenge for the inspectors, the Skyriders team took photographs of the inspection points, which were examined by inspectors, Zinn says.

Once the inspection points were deemed acceptable, the grout was poured, the shuttering removed and the grout smoothed. Photographs were then taken of the finished work to inspect the quality, he adds.

A five-man team, with all members possessing basic concrete treatment training, and including a Level 3 rope access supervisor, worked on the project.

“The project went well, and we are optimistic about working on future projects at Medupi,” Zinn says.

Skyriders also completed maintenance at the Matimba power station, in Lephalale, in Limpopo.

Skyriders has been involved with various projects carried out at the power station since 2003 and its project experience at Matimba includes coal silo maintenance, control bin inspection and maintenance, standby rescue on coal bunkers, and stormwater downpipe sealing.