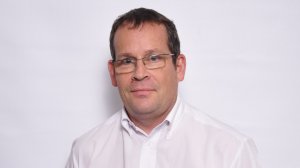 “Power instability is disruptive to a security operation, as surges and loss of power can cause sensitive equipment, such as routers, cameras and computers, to be damaged,” says Jasco key account manager Ivan Naidoo.

As a result, power instability has presented the company with challenges in keeping security systems operational while providing it with opportunities to expand in new ways, he outlines.

“This has enabled us to not only provide basic security, such as cameras and fencing, but also security solutions that will be equipped with a power component to ensure that the new system is fully operational.”

Naidoo mentions that, to date, Jasco has designed solar-powered systems that can be on standby for two to three days, and can also custom design a system to a client’s requirements.

Jasco business development head Eckart Zollner points out that one of the biggest changes occurring in the security industry is the type of camera that is being used. Traditional cameras use analogue signals that cannot be processed through a computer system, which limits the options available to simply viewing what is happening in front of the camera.

“The new cameras we are installing use Internet protocol video systems (IPVS). This allows for the video feed from the camera to be controlled using a computer and sent to digital storage devices. “The video quality is also higher . . . and we can embed software onto the video stream to perform . . . facial and behaviour recognition through the camera,” Zollner explains.

Moreover, Naidoo mentions that mobile networks have provided the company with an opportunity to transport information over the Global System for Mobile Communications (GSM) network because the entire network has been built on the Internet protocol system. Now, even basic intrusion systems have applications on mobile devices that can alert users.

Zollner highlights that Jasco has created a new vest that uses the IPVS and GSM networks effectively. The vest is equipped with a camera that records everything that the guard sees; the video or images, as well as the security guard’s location, is sent to a central control centre or even mobile device that has been linked to the vest camera.

“For situational awareness, proof of incidents occurring and accidents, we can use recorded video from the vest,” Zollner explains.

He points out that custom-designed software developed by Jasco can also be used to create virtual fences in the video stream that it receives from the camera, with “the camera being able to trigger an alarm when someone trespasses”.

Naidoo highlights that one of the key benefits of using IPVS systems is the integration of video feedback into mobile technology. The IPVS format enables security systems to deliver information in whatever form is required, whether it be videos, pictures, text or simple notification on a phone.

However, Zollner explains that companies are not always ready to adapt to the changing security market and, despite the need for technologically advanced security systems, there has been a lack of acknowledgement from businesses that their security systems are out of date.

He highlights that technology-based security systems are expensive and traditional guard systems are cheap, which is why businesses do only what is necessary and hire security guards, sometimes without checking their qualifications.

“Right now we see businesses doing just the bare essentials. There is a slowdown in terms of what is being deployed in the industry, and there is room for improvement throughout the security technology industry,” Naidoo says.

Zollner explains that some businesses are installing security cameras only at their entrances and occasionally a boom to control traffic. Some of the new technology was supposed to replace security solutions, such as boom gates, but that did not materialise because businesses do not trust security technology advancements.

“The industry was supposed to move faster; this would have allowed us to create systems that automatically track certain elements around a security system,” he concludes.