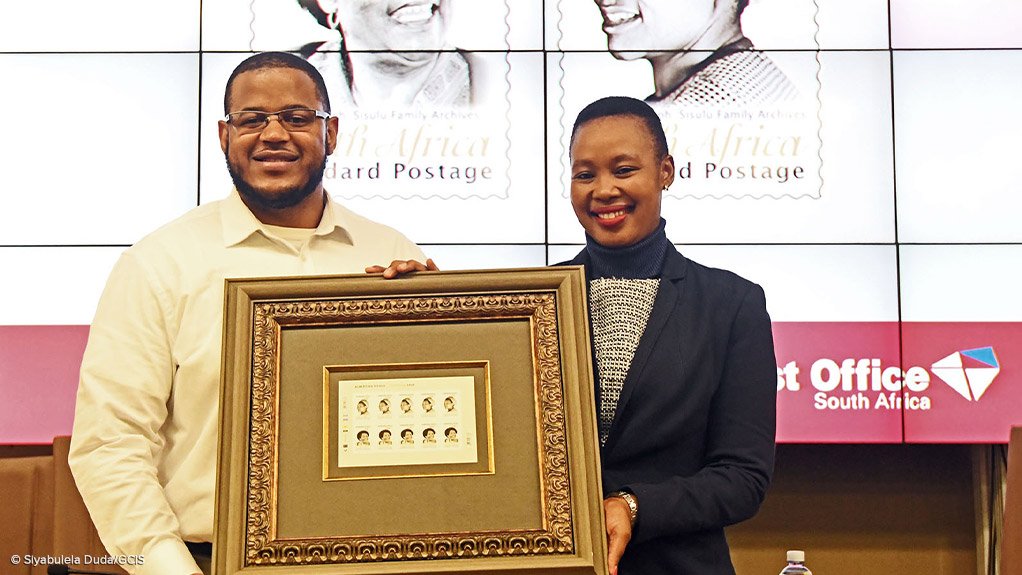 As part of the Mama Albertina Sisulu centenary, Communications Minister Stella Ndabeni-Abrahams together with the South African Post Office South Africa (Sapo) on Tuesday officially launched a commemorative stamp to honour the struggle stalwart's efforts during the apartheid era.

Ndabeni-Abrahams said initially the launch of the commemorative stamp was planned for last year during what would have been Mama Sisulu's 100th birthday on 21 October, but  they had to wait for approval which they only got in November.

The minister described Mama Sisulu as a "selfless heroine" who understood the challenges South African women were going through during the anti-apartheid struggle and she took it upon herself to empower others.

"Let America, let Europe, let the whole world know of our great heroine and them have access to our stamp so that our story can be told as women," said the minister.

Sapo official Elvis Rabohale said the new stamp is priced at R4.50 and will be printed on more than 100 000 sheets. He said most of the stamps have already been sold.

"We consider stamps as an ambassador of our business. The set of the stamps that honour Ma' Sisulu can be used as postage on standard letters," said Rabohale.

Mama Sisulu's grandson, Duma Sisulu, accepted a set of framed stamps on behalf of his family who he said were honoured as this marks the he greatness their grandmother achieved.

"I think it was a Monday morning, we started getting some of our posts and we started seeing our grandmother on the post and it meant a lot ... It was my fist time to be happy to receive a bill because it was my grandmother on it," Duma said.