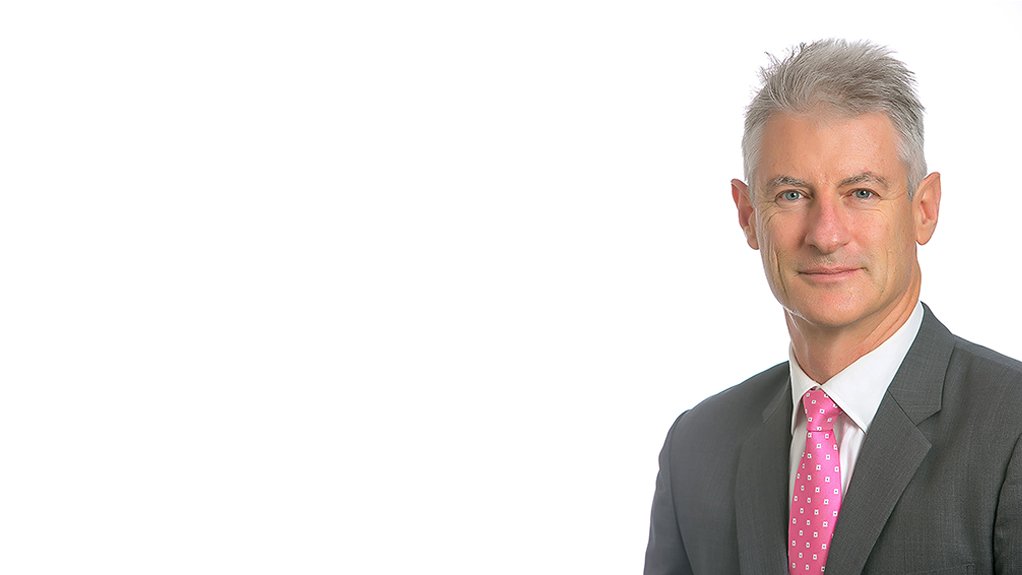 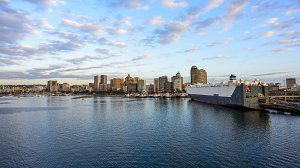 ANDREW PIKE The Port of Durban is often congested with trucks that should be transporting up to five or more containers a day but only manage one, if lucky
DURBAN PORT South Africa’s port superstructure is good, some of the base infrastructure – such as the berth depth capacity, that really underpins the performance of a port – is inadequate

While there is some movement in the development of South Africa’s port infrastructure by the private sector, the overall stagnation of its development is concerning, law firm Bowmans ports, transport and logistics head Andrew Pike tells Engineering News.

He says this lack of activity may largely be owing to the perceived instability in State-owned rail, port and pipeline company Transnet at leadership level.

“We have seen CEOs come and go in each division of the organisation and that variability makes it difficult to make decisions, plan properly – a port is not worth anything without cargo – and, more importantly, implement projects, hindering the maritime industry’s huge potential.”

Pike highlights the issues associated with the country’s regional and hinterland connectivity, involving roads and rail.

The road network in South Africa is good, but its road infrastructure is crumbling under the weight of trucks, as not enough cargo is being transported by rail, he says.

“That said, the Port of Durban is often congested with trucks that should be transporting up to five or more containers a day but only manage one, if lucky. This is killing the trucking industry.”

Pike states that there is an integrated logistics problem that feeds into the ports, which are part of the problem.

While Pike admits that much of South Africa’s port superstructure is good, some of the base infrastructure – such as the berth depth capacity, that really underpins the performance of a port – is inadequate.

For example, a high-profile issue around port development in Durban has revolved around the long-delayed Durban dig-out port, aimed at significantly increasing capacity and reducing congestion.

However, Transnet announced last year that Phase 1 will now only be completed in 2037. The project was conceived almost ten years ago.

While Pike accepts that such projects are driven by traffic demands and that global economic activity has slowed and will continue to do so in light of the coronavirus outbreak in China and elsewhere, he says the delayed dig-out port was supposed to be substituted by a berth-deepening project at the Durban container terminal and the Salisbury Island infill project, neither of which has come to fruition.

Both projects are aimed at increasing capacity at the container terminal by a couple of million twenty-foot equivalent units (TEUs) and deepening the berth enough to accommodate new-generation ships of up to 18 000 TEU to 20 000 TEU, Pike emphasises.

“The tendering for the berth deepening was cancelled about 18 months ago on the grounds of it allegedly being unfairly awarded.”

Subsequently, Transnet has publicly stated that it is reviewing a number of its major contracts, owing to corruption allegations.

There are some good news stories, concedes Pike, with Transnet seemingly more focused on “pushing the tourism narrative” than commercial port developments.

He expects the development of the Durban cruise terminal – awarded to global cruise line MSC Cruises through its special purpose vehicle KwaZulu Cruise Terminal – to be completed by the first or second quarter next year, subject to no unforeseen delays.

“This will be the first significant port development in Durban for some time.”

Further, Pike says, some commercial developments are afoot, with a significant liquified petroleum gas (LPG) terminal coming on line in Saldanha and another being built by bulk liquid storage provider Bidvest Tank Terminals in Richards Bay for occupation by LPG logistics and trading major Petrodec.

Pike says the Department of Transport’s (DoT’s) Comprehensive Maritime Transport Policy (CMTP) has not effected major change since its introduction in 2017, but “not for a lack of trying”.

The policy is driven by DoT maritime transport policy chief director Dumisani Ntuli, who Pike says is working hard to implement all aspects of the policy, from which various initiatives are starting to flow, such as a new Draft Merchant Shipping Act.

However, he notes, as much is still in the implementation phase, no initiative has yet made a difference to port infrastructure.

“I have hopes for the initiatives mentioned in the CMTP, but Ntuli is one person and he needs a lot of support. Therefore, realistically, I don’t expect any major changes in the industry arising from the policy’s implementation for another five years at least, save for the proposed new Merchant Shipping Act.”

Although Pike contends that four or five new ships have been added to South Africa’s ship register since the publication of the policy, such developments are being hindered by roadblocks, such as insufficient tax incentives, especially for coastal trade.

Encouragingly, there is a cabotage initiative under the CMTP that will force South African ships to carry cargo between the country’s coastal ports.

However, Pike questions whether the current cargo volumes are sufficient to warrant the additional cost of local ships transporting between South African ports, highlighting the risk of double-handling and the passing on of these costs to customers and consumers.

Other than the CMTP, the only other port policy is the National Commercial Ports Policy 2002 White Paper.

Despite this policy being 20 years old, Pike believes that South Africa’s policies on port infrastructure planning and management are comprehensive, but lack implementation.