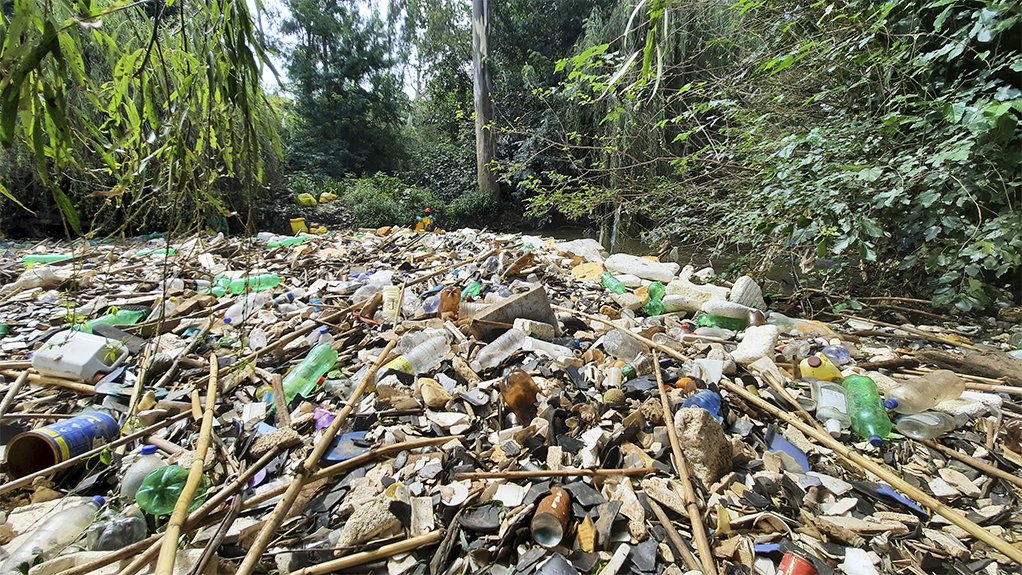 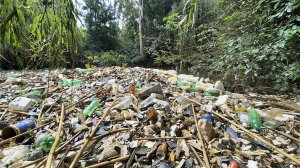 The increased rainfall in Pretoria over the past few weeks has resulted in an increase of waste collection in the so-called "poly-island" litter trap which is cleaned and maintained by the Hennops Revival NPO.  The poly-island is a big net that stretches over the river to collect waste and litter from the water as it passes through. At 3 meters high, the poly-island is so big that a person can easily stand on it.

According to Tarryn Johnston, founder of Hennops Revival, the rain has dramatically increased the water flow, making the poly-island very effective as it caught a bunch of litter that came downstream.

"The rain has made a bit harder to go into the water and do usual clean-ups around the river. However, we had to start cleaning it as soon as possible, because as it gets very full, very quickly," Tarryn reports. Despite the obstacles facing them, Tarry and her team says they managed to collect 480 bags of polystyrene.

Hearing about the large amount of polystyrene that was collected, the Polystyrene Association of SA and their members were quick to jump into action. Earlier this year, the Association made an urgent appeal to households and businesses for their used polystyrene. Demand continues to outstrip supply and recyclers find themselves in  desperate need of material that can be recycled into picture frame mouldings, skirtings, curtain rods, concrete bricks and various other applications.

Gary Formato of Supreme Mouldings (a member of the Polystyrene Association of SA), reached out to Hennops Revival and offered to collect the polystyrene so that it could be recycled. The company houses a state-of-the-art recycling plant in Roodepoort, Gauteng where they recycle polystyrene into raw materials to produce a wide range of their architectural and  decorative moulding products.

“Supreme Mouldings was the first organisation in South Africa to collect Expanded Polystyrene (EPS) materials.  We’ve been committed to recycling since 2005 and see it as our duty as members of the community to ensure that we all play our part in defending the environment," Gary says.

Supreme Mouldings appeals to companies that use and accumulate EPS to contact them to collect the material for recycling. In return, they have committed to donate R1 to the Hennops Revival Project for every kilogram that they collect.

"The effect of pollution on the fragile eco-system of the river is devastating and it is our responsibility to do everything we can to assist in cleaning the environment," he concludes.