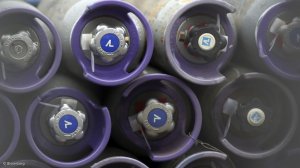 “Political uncertainty, which affects policy and legislation, needs to stabilise for most sectors to see growth, and gas is no different,” says Frost & Sullivan energy and environment industry analyst Tilden Hellyer.

Industry association South African Oil & Gas Alliance CEO Niall Kramer adds that any form of uncertainty is bad, especially in an environment of a low crude oil price and an excess supply of gas.

“This will not deter interest, but derisking will take longer. Global investors are still interested in South Africa, as we are an unexplored frontier with significant potential reserves on- and offshore. The simple reality, but not well understood, is we must drill for data on which to make good decisions. We need relevant, empirical data from South African holes to make South African-suited decisions,” explains Kramer.

He warns that South Africa is unlikely to get to a stage of fully understanding the technicalities and geology of indigenous natural gas until it gathers more empirical data.

Further, Hellyer notes that South Africa has to create attractive, stable policy conditions to bring in international, experienced explorers, as this will create bankability and more certainty in the gas economy.

“These things, unlike geology and global prices, can be controlled. However, it is unlikely that gas will replace coal-generated electricity anytime soon, as there is by some estimates up to 200 years of coal reserves left in the country.”

He adds that some put the value at a timeline of 50 years, owing to the reserves becoming economically unminable.

“As a leader in the coal mining industry, South Africa can continue this trend as long as it is profitable.”

Hellyer avers that the current lack of investment in alternative energy sources will keep coal securely as the frontrunner, owing to the pending full operations of coal-fired power stations Medupi, in Limpopo, and Kusile, in Mpumalanga, which will have a minimum lifetime of 50 years.

Delaying Factors “The Mineral and Petroleum Resources Development Amendment Act (MPRDAA), the Gas Utilisation Master Plan (Gump) and the Department of Energy’s Integrated Resource Plan should steer the fate of the gas sector, either to prosperity or failure; however, these documents are negatively affected by the political climate in South Africa, creating delays in projects being commercialised,” notes Hellyer.

He says the Gump, which outlines the country’s plans to integrate gas into the energy mix through public–private partnerships, has yet to surface, while the MPRDAA has been in limbo since 2013 with progress expected by the fourth quarter this year.

He adds that the gas-to-power programme, parallel to the Renewable Energy Independent Power Producer Procurement Programme, has been delayed in recent years.

The programme is waiting for the fundamental catalyst to start business – the release of the Request for Qualification, which will enable power players to enter the market, is already one year behind schedule.

Hellyer notes that use of natural gas has been proven in countries such as the US, which is rapidly moving from a coal-based to a natural gas-based economy, and Europe, which remains heavily reliant on gas in the commercial and domestic sectors.

“With these examples, there will be a clear net benefit to the South African economy. The Department of Energy is likely to include gas in its Integrated Resource Plan and this determination needs to be capitalised on.”

Hellyer points out that sub-Saharan Africa has, according to 2014 estimates, up to 6.2-trillion cubic meters, or 219.3-trillion cubic feet (tcf) of proven natural gas reserves.

“If produced evenly over 30 years, 1 tcf of gas would contain enough energy to generate more than 500 MW of power. In other words, Africa can fully power itself for the foreseeable future.”

South African Reserves Hellyer explains that foreign companies have submitted applications to explore prospective shale gas regions in South Africa, but these have not been granted.

He adds that the Karoo region, in the Northern Cape, potentially has large volumes of commercially viable shale gas, which could turn the region into a net exporter, depending on the volumes discovered, which could range from small gas finds of 5 tcf to large gas finds of 20 tcf.

Kramer comments that there may, in fact, be nothing that is commercially attractive and safely extractable, but drilling to compile data which will provide certainty is needed.

“That way, if the data fails to prove there is viable gas, we will have done it relatively quickly and cheaply, and we can rather resume focus on liquefied natural gas imports.”