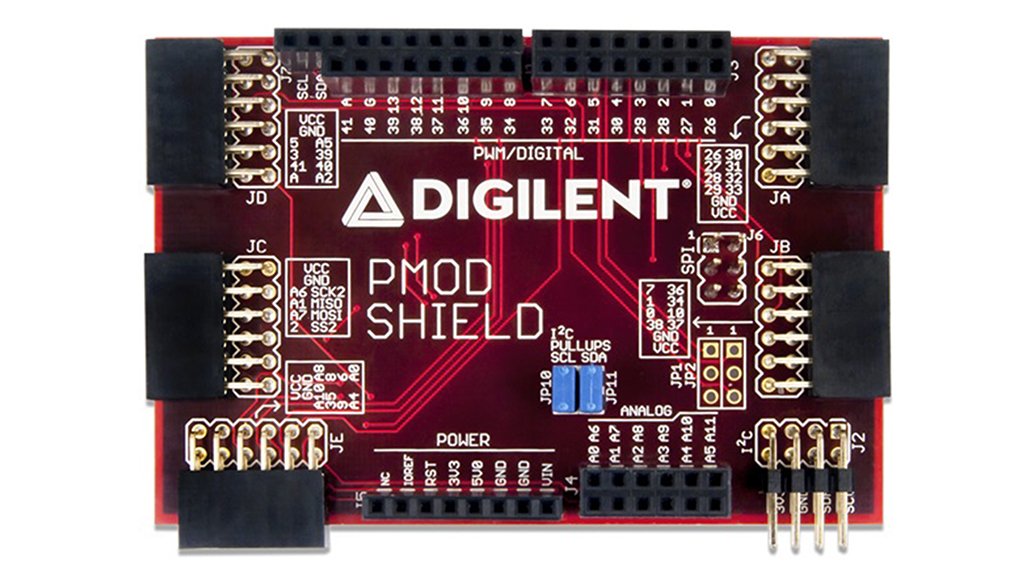 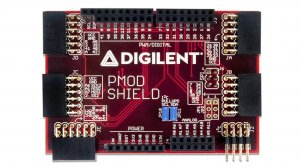 Global distributor for engineers Electro­components’ trading brand, RS Components, has extended its portfolio of versatile development tools and equipment with a new range of peripheral modules (Pmods) and shields from Digilent.

Enabling makers and engineers to build the bridge from systems to the physical world, the devices target use in a range of applications.

These include single-board-computer designs and Internet of Things projects that require additional capabilities, such as wireless communications, including Bluetooth and Wi-Fi; microelectro- mechanical systems devices such as three-axis gyroscopes, accelerometers and microphones; or motor control.

Compatible with the Arduino R3 footprint, the chipKIT Pmod shield enables users to connect to more than 80 Pmods, augmenting the capabilities of system boards and, thereby, extending the functionality of designs and the range of possible applications.

The shield has five 2 × 6 Digilent Pmod connectors, one 2 × 4 I2C connector and optional pull-up resistors for the I2C bus.

A key product in the range is the Pmod IOXP I2C port expander and adapter board for the Arduino Uno development kit. The Pmod IOXP is an input/output expansion module that provides up to 19 additional general purpose input/output pins from a serial I2C bus connection, as well as a keypad matrix decoder.