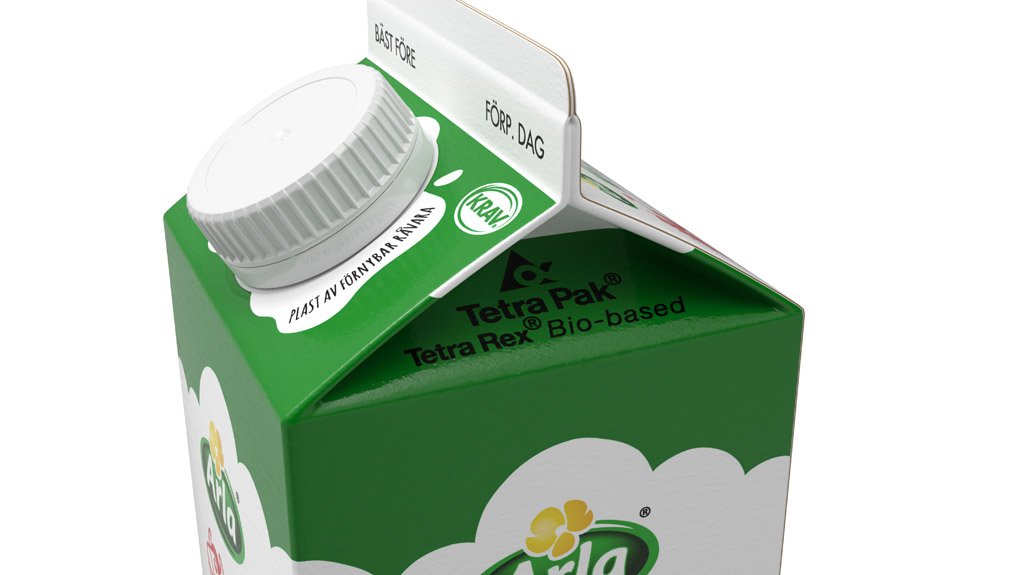 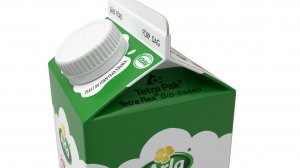 The company is expected to deliver more than 100-million Tetra Rex Bio-based packages this year to customers locally and internationally.

Tetra Pak South Africa environmental manager Agripa Munyai comments that the Tetra Rex Bio-based packaging marks a breakthrough in terms of technological advancement and responsible packaging because this is the first time that a company has created a fully renewable carton and, therefore, the first innovation of its type.

The key differentiator between the packaging and other suppliers who offer a mass balance solution is its full traceability, he adds.

“Traceability helps customers enhance their brand as it promotes food safety, and helps them communicate with consumers. This is a significant milestone in our ambition to provide 100% renewable packaging across our products portfolio,” explains Munyai.

He adds that the low-density polyethylene used to create the laminate film for the packaging material and the neck of the opening are producedby Brazil-based chemicals company Braskem, which operates in the chemicals and petrochemicals industry and plays a role in other production chains that are essential to economic development, creating sustainable solutions that improve people’s lives in areas such as housing, food and transportation.

Tetra Rex Bio-based packages use only Braskem-sourced bioplastics – produced from ethanol that is derived from sugar cane – for the carton, notes Munyai, asserting that “this guarantees that the plastics in the . . . packaging are traceable”.

Meanwhile, dairy product cooperative company TINE corporate responsibility head Bjørn Malm asserts that, “owing to Tetra Rex Bio-based packaging, we have been able to take a significant step towards our own environmental goals and have committed to making all our milk cartons renewable from next year”.

Moreover, Munyai asserts that, since 2005, the number of consumers who regularly recycle waste has increased steadily from below 70% to nearly 90%, according to Tetra Pak-sponsored research of more than 6 000 consumers and 240 influencers in 12 markets.

Munyai highlights that, in South Africa, 33% of respondents said they always or often look for environmental logos, 48% said they sometimes do and 19% said they never do, making a strong case for local producers to use environmentally responsible packs.

Also notable is that there was a significant ramp-up from 2009 to 2011 in the percentage of consumers who look for environmental information and labelling, as well as avoid a particular product or brand for environmental reasons. While this period represents significant growth, there has been continued growth, albeit at a lower rate, since 2005.

However, Munyai says that, in 2013, a new trend emerged, with the percentage of consumers who specifically buy environmental products, even if they cost more, having increased from 75% to 78%. This is one of the reasons for the fully renewable Tetra Rex Bio-based package having been introduced in 2015, he adds. Winning Formula The packaging solution’s outstanding environmental profile won seven awards last year, including first place in the Sustainable Innovation Category at the Ethical Corporation Responsible Business Awards.

Tetra Pak has also been awarded the highest level of bio-based certification by Vinçotte, a leading certifier known for its precise method of measuring the physical content of bioplastics in a product.

It has also gained popularity among consumers in Finland, Sweden, Norway and the Netherlands, with brands such as Valio, Arla Foods, Vermlands Mejeri and Vecozuviel using the packaging.

The importance of working closely with customers and suppliers is thus beneficial for all parties, as it provides safe, innovative and environmentally sound products that meet the needs of millions of people in more than 170 countries, concludes Munyai.