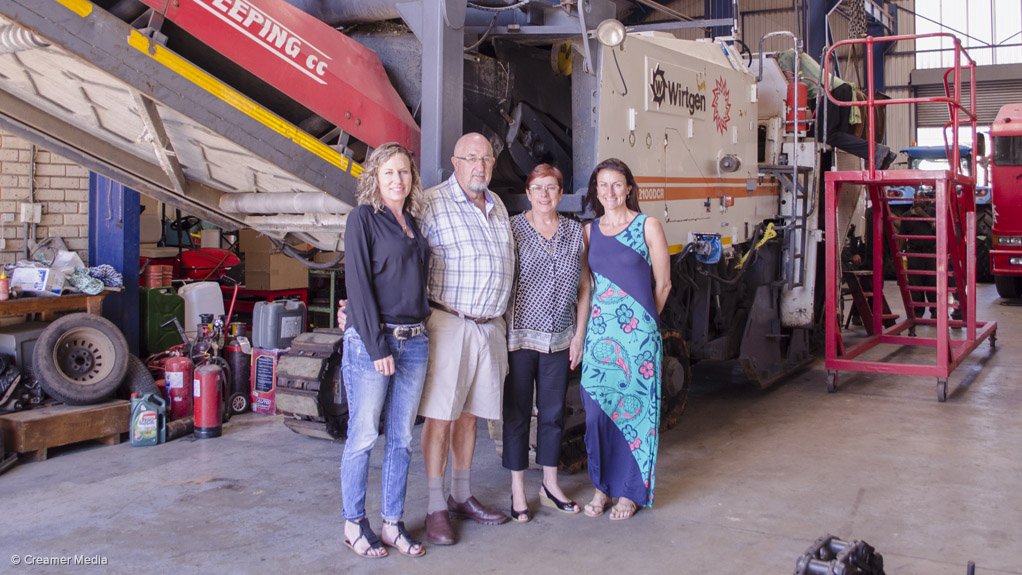 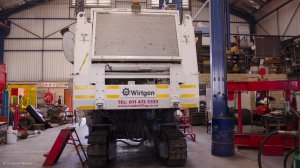 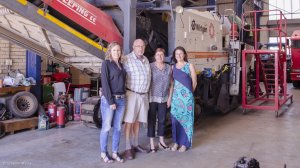 The planned and ongoing infrastructure development taking place locally and on the rest of the continent presents opportunities for securing work for civil and road infrastructure projects, says road milling company Road Milling and Sweeping (RMS).

“The number of planned infrastructure projects here and north of the border denotes that there will be a significant amount of road work in the near future. As such, RMS will aim to supply milling and associated equipment to companies or contractors working in the civil works space,” says RMS GM Lesley Kafka.

She foresees increased cross-border work moving forward, as most of the South African civil contractors are expanding their operations into the rest of Africa, as they are trying to escape the “difficult and constrained” local construction environment.

While RMS has stuck to its core niche business of renting out milling machines – with a few other value-added services, such as low-bed trucking services, road sweeping, tippers and water carts – Kafka says the company has been debating the possibility of diversifying.

“Diversification has its own pros and cons. Sometimes you become too thinly spread. Ours is a capital-intensive business, so to diversify, you need to invest huge amounts of capital in equipment. Diversifying is also a bit challenging in the sense that all of our people are focused on milling; our operators know how to mill and are not well versed in any other work,” she reasons.

RMS financial manager Leigh Cameron adds that, if ever the decision to expand the product portfolio is made, the most immediate possible and relevant option would be recyclers as she avers that recycling is aligned to what the company does and will enable it to continue dealing with the same customer base.

Further, Kafka believes that, at least for the next decade or so, there is a sufficient local market to continue focusing on milling without harming growth. Moreover, the company’s milling business, as previously mentioned, is not restricted to South Africa, nor is it under any immediate or major threat from smaller or larger milling companies.

Meanwhile, RMS has, during its 17-year existence, worked extensively with small and medium-sized contractors on road maintenance and refurbishment projects, simultaneously carving out a niche rental business to become the largest privately owned operator of milling machines in South Africa.

RMS founder Cecil Aling notes that many regions and municipalities have neglected road maintenance, and comments that patching up potholes on roads that have underlying and extensive problems is ultimately inefficient and ineffective. He points out that milling and then resurfacing these roads is the only suitable option, further noting that RMS can cater for any milling requirements outlined by municipalities or their contractors.

She points out that demand has been driven by smaller civil engineering contractors, in direct contrast to its mostly dealing with the bigger civil contractors a few years ago.

She explains that this trend is because of the way civil projects are packaged in South Africa, as large tenders are subdivided into smaller segments to enable smaller, upcoming black-owned contractors to have a share of government infrastructure spend. “Since most of these smaller contractors lack the capital to invest in their own milling machines, demand for RMS’s services has increased.”

A Quality Product Denotes Quality Service From its inception, RMS has always bought milling machines from specialist construction equipment manufacturer Wirtgen. All 22 of its milling machines are Wirtgen machines, including the very first Wirtgen 1000C, which is still operational today. The most recent purchase of a machine was in July last year.

“We started out with a Wirtgen and created a strong working relationship at the time,” Kafka says, noting that, while the first purchase was made mostly by chance, the performance and characteristics of the brand ensured RMS’s loyalty. “The quality of the build and durability are other key drivers for sticking it out with this range of machines.”

She adds that the longevity of the equipment is enhanced by an operator accompanying the machine when it is rented. “Our operators are very territorial about their machines and they look after them.”

Further, RMS has developed a strong technical competence on Wirtgen machines and has established a mechanical workshop, equipped to service and rebuild machines.

Machines are serviced at 250-hour intervals, which means that services are frequently completed on site. The average service takes up to six hours and is completed by RMS technicians on site. Major services, such as drum and hydraulics replacements, are done once a year, usually during the December period, at the workshop.

Looking ahead, Kafka and Cameron are convinced that the business will continue on a good course in 2017. “Our vision is to continually strive for excellence to further build our reputation. We always go an extra mile for customers, delivering more than they expect.”