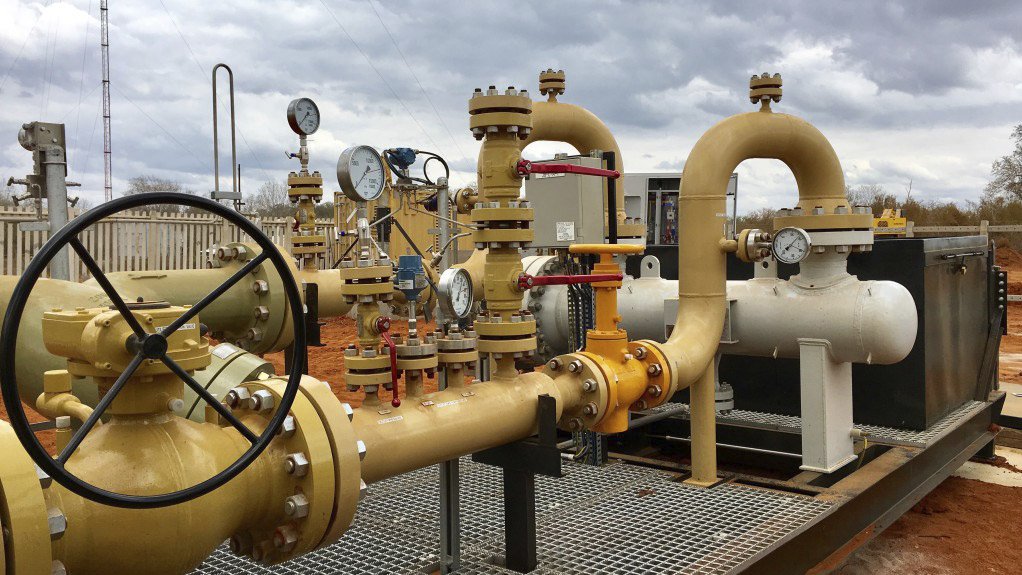 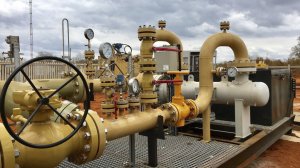 In February, high-end and specialised equipment supplier Energas Technologies announced that it had completed a commission to design and supply a mobile heater skid to a budgeted $210-million pipeline expansion project where a combination of compressors and parallel lines – about 128 km a section – had to be built.

At the time, Energas noted that the existing 865 km-long Mozambique Secunda Pipeline (MSP) natural gas pipeline from Mozambique to South Africa is currently the only sustainable source of natural gas supply to South Africa. In order to meet the South African demand, the transport capacity of this line had to be significantly increased.

With the backing of a successful first project, Loop Line 1, Sasol Group Technology, who spearheaded this project at ROMPCO’s behest, appointed VGI Consulting Africa as the engineering, procurement and construction management contractor for Loop Line 2 (LL2).

The 26ʺ LL2 adds further capacity to the system by the installation of a 128 km parallel pipeline to the existing MSP line that ties back into the MSP. Energas stated that the importance of this gas supply could not be understated, as much of the supply is fed to the Gauteng region in South Africa, “a commercial and industrial hub that has earned the City of Johannesburg the title of Africa’s powerhouse”

This feeder line supports residential, commercial, power generation and industrial heating requirements in the Gauteng area. Further, the supply also supports the operations of Sasol’s liquids and chemical plants in Secunda and Sasolburg as well as other large, energy-intense industries nearby.

Commissioning of LL2 Energas explained that, for the commissioning of LL2, the new line was filled and pressurised from atmospheric pressure to a line pack pressure of 116 bar. The filling gas had to be preheated to ensure the temperature did not drop below the pipeline minimum design metal temperature of zero, owing to the Joule-Thompson cooling effect, while the flow rate was controlled and monitored. A flow totaliser added the benefit of measuring the normalised volume of gas consumed to achieve the required line pack.

The project specification called for the design, manufacturing and supply of a transportable skid-mounted electrical gas heater with flow control in accordance with gas transmission and distribution piping system guidelines set out by the American Society of Mechanical Engineers (ASME) as well as those prescribed by the South African National Standards (SANS). These guidelines and standards include ASME 31.8, ASME VIII and SANS 10108.

Design, fabrication, complete assembly and testing of the heater skid were done in South Africa before delivery to site in Mozambique.

Energas Technologies product engineer Laetitia Botha comments, “Energas specialises in the design, manufacturing and supply of skid-mounted pressure reduction and metering stations to the natural gas industry.” She adds that, since most of these skids are for sites in remote areas, being able to complete the fabrication and assembly in South Africa reduces schedule risk, site establishment and workforce logistics significantly.

“Another benefit of the mobile heater skid is that it could be relocated and used at different site points or locations as the new pipeline sections were being constructed. The heater skid is only required once during the commissioning of a new section and, therefore, not required as a permanent installation. It’s a cost effective solution to invest in a mobile skid that can be relocated where needed.”

The heater skid comprises a thyristor control panel, 416 kW heater with isolation valves, flow meter, filter, instrumentation and manually operated control valve to measure, heat and control the filling of LL2 during commissioning. The thyristor controller monitors the gas temperature at the outlet of the control valve and controls the power to the heater’s elements in order to maintain an outlet gas temperature of 10 ºC. During commissioning the electrical heater was powered by a diesel generator.

A Mokveld equal percentage axial flow manual control valve was chosen to control the flow of gas from 116 bar to initially atmospheric pressure. This required a special trim that allowed precise control while noise and vibrations were very low. The control valve and heating capacity allowed the LL2 commissioning team to make effective use of the gas volumes made available by the pipeline operator, leading to the pipeline to be commissioned much sooner than originally anticipated.

“The natural gas industry both in South Africa and Africa is a growing one and has a bright future ahead. We have directly felt the effects of this growth just in the line of skid manufacturing projects on the go in Ghana, the Western Cape and Mozambique,” Botha concludes.

He notes that factors driving the rebound include new refinery construction in the Middle East and Asia, expansion of liquefaction and regasification plants across the world, increasing industrialization in emerging regions, focus on energy efficiency, and uptake of technologies like Industrial Internet of Things (IIoT), artificial intelligence, predictive analytics and Big Data.

In the ‘Global Compressor Industry Outlook 2017’ report, Gnanamoorthy and other analysts research current and future trends in the global compressor market across end-user industries such as chemicals, construction and mining, food and beverage, general manufacturing, life sciences, oil and gas, and power generation. Technology types such as industrial air compressors and process gas compressors, and product types such as rotary, reciprocating, and centrifugal compressors, are discussed.

Aside form the aforementioned developments, other factors expected to impact on the market include a boom in the Asia-Pacific region owing to industrialization and investment; a growth spurt in North America as a result of increased investment in oil and gas, and a sustainable demand for the global replacement of compressors from large installed bases.