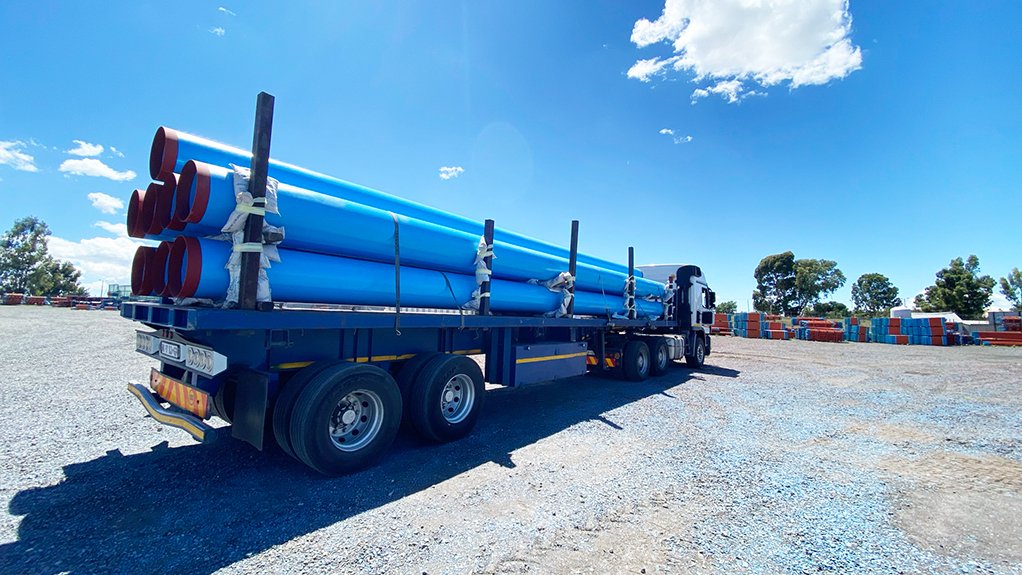 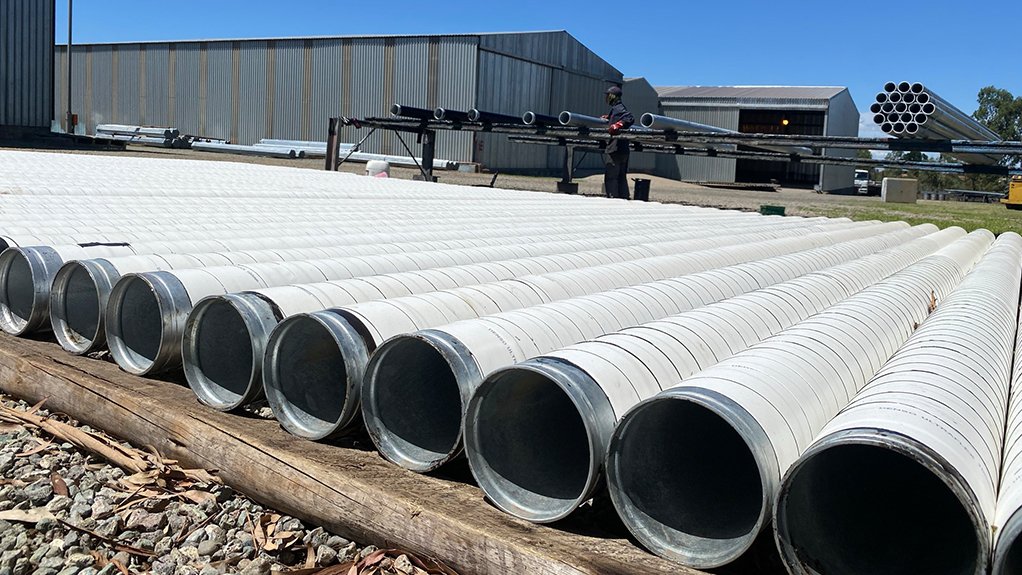 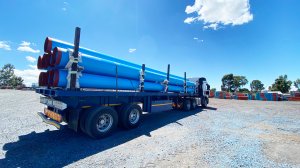 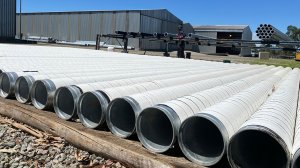 TRUE BLUE The water pipes for a 1.4 km project have been delivered to site by Stewarts & Lloyds
IN FORMATION Pipes supplied to Stewarts & Lloyds by a local manufacturer prior to being coated

Steel and tube supplier Stewarts & Lloyds Pipes & Fittings have successfully delivered over 1.4 km of pipe to a project in Tshwane – cementing its position as a leading pipe supplier in Africa.

“The pipes were all delivered by the end of February, and the installation and commissioning of the pipeline has been finalised,” says Stewarts & Lloyds Pipes & Fittings business development manager Chris Swart.

The project – part of the newly built La Montagne bulk water supply reservoir, in Pretoria – aimed to supply the main water line and secondary line piping from the reservoir to the existing pipeline feeding the surrounding areas.

He adds that the project was initiated by the City of Tshwane and facilitated by a well-known civils contractor in the greater Tshwane area.

“The need for greater water reserves was realised, owing to the increase in residents in this popular suburb, as well as the surrounding suburbs.”

Swart says the pipes were manufactured by the local supplier last year and earlier this year according to the SANS 719.

The application of the internal lining and specially requested external coating of the pipe were undertaken during the rainy season, from October to April, which posed a challenge in terms of the timeline of the project.

The coating comprised an undercoat and two topcoats, with every layer taking about 24-hours to dry properly if done in sunny conditions, which is a substantial amount of time when coating the pipes individually.

“However, through proper planning and close cooperation between the coatings suppliers and our applicator team, this problem was limited to less than a week’s delay in completion of this project,” Swart enthuses.

Further, Stewarts & Lloyds fixed any damage that occurred to the coating while offloading the pipes on site immediately by having an applicator team on call, to the satisfaction of all involved parties.

The pipes were delivered close to the newly built reservoir on a hill, with no proper access roads.

“Delivering pipes of this size and weight poses its own specific problems and these problems were exacerbated by rainy weather on a raw building site,” he explains.

Not Just a Pipe Dream

Meanwhile, Stewarts & Lloyds Pipes & Fittings exports manager Andre Swart tells Engineering News that its services are not limited to pipes and tubes, despite their being a core market for the company.

“Stewarts & Lloyds is a steel company that offers pipes and fittings, as well as construction materials, but what the clients do not always realise is that the company also has the capacity to manufacture specialised fabricated material.”

The company offers everything –from a dam sluice gate to the brass taps outside a house, including pumpstations, treatment plants, valves and water meters, as well as flanged and fabricated pipes and fittings, all offered as standard and nonstandard in various materials, adds Swart.

Owing to its flexibility, Stewarts & Lloyds was selected earlier this year to supply sluice gates and weirs to one of its civil contractors working on a sewerage treatment plant in Malawi. The contractor operates in numerous African countries.

“The client required us to assist with material recommendations, as well as data sheets and completed drawings, once the engineers approved the supply,” he notes.

After determining the application and water contaminants, it was recommended that the best material for purpose would be stainless steel.

Stewarts & Lloyds, in partnership with its specialised fabricator, offered all these products as a complete package, including the jointing and delivery to site.

Additionally, it also supplied anopen- channel flow meter with bracket and reader for the concrete channels that had to be imported from the UK through a specialist agent in South Africa.

“Part of the process, and a one of our strengths, is that we constantly keep our customers updated on the progress,” enthuses Swart.

It is imperative customers know at what stage the project is at all times, he stresses.

Collaborating with customers, who can then coordinate the civils portion of the project and ensure that it is ready when the materials arrive on site, mitigating any foreseeable delays on the project.

“We supply flanged pipe and fabricated fittings, with various coating and linings, as well as additional sundry materials, such as valves, to various projects outside our borders,” Andre Swart concludes.