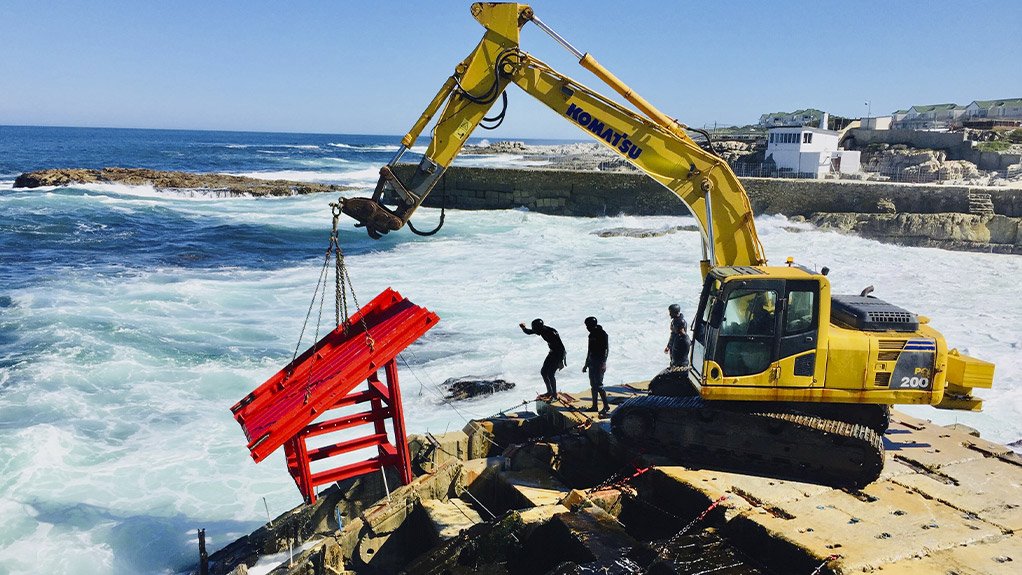 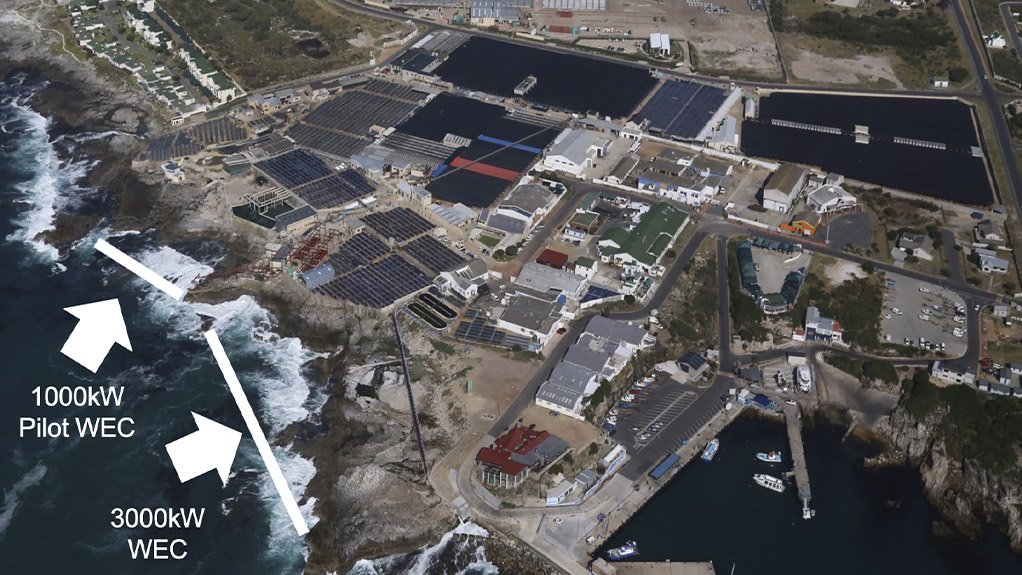 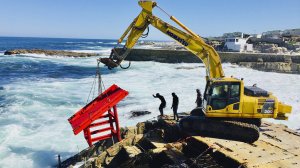 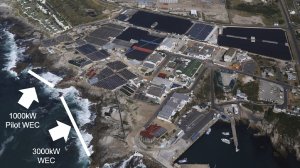 A South African wave-energy start-up is building a pioneering 1 MW pilot project, based on its patented homegrown design, which will supply clean electricity to a large-scale Hermanus abalone farm, in the Western Cape.

Abagold is a shareholder in MSL and the company’s founder, Pierre Hugo, has been central to the identification and the co-design of the wave energy converter (WEC) solution being deployed.

The plant, which is 25% completed, is being built on land leased from Cape Nature and will neighbour the site occupied by Abagold, supplying electricity to drive its pumps and blowers. A full environmental impact assessment was, thus, required ahead of the construction.

Once proven, MSL plans to construct a larger 3.5 MW commercial wave-power plant at an adjacent sea-front site on the same property.

MSL CEO and engineer Marius Hugo, who is also Pierre’s son, tells Engineering News Online that the world-first solution has been developed in response to Abagold’s search for a clean alternative that is able to consistently match the abalone farm’s 3 MW, around-the-clock electricity requirement.

The abalone farm currently sources its electricity from the local Overstrand municipality.

The WEC design has been developed using lessons garnered over three decades of aquaculture experience, which have proven critical in determining not only the most suitable marine civil construction techniques, but also the nature of the construction materials, which have to be able to withstand the hostile and corrosive conditions.

In 2014, MSL was established by Abagold and Marius Hugo with the aim of developing the technology and building the first two converters for Abagold.

The “simple” solution, Marius Hugo explains, exploits the classical principle of “overtopping”, whereby the wave is captured in a dam as it overtops the lip of the slope. The captured water’s gravity, or potential energy, then feeds back into the sea through a hydroelectric turbine to generate electricity.

Practically, the solution involves building a dam next to the ocean, with the wall facing the oncoming waves having the energy converter slope. The waves run up and over the wall, or through non-return valves in the wall.

The water is then captured in the common buffer dam, behind the wall, at a hydraulic head above mean sea level. The head is then released through low-head turbines into a turbine stabilisation dam, which only allows water to flow back to the ocean.

The overtopping design has been optimised to convert a maximum amount of kinetic energy to potential energy through what Hugo describes as novel multilevel nonreturn valves with momentum splitting edges on the wall slope and a common buffer dam.

“Our WEC design requires an energetic coastline, ideally with a solid rock ocean bed on which to construct the converter dam. Looking at the global wave energy resource map, all regions rated with wave energy resources above 20 kW/m could be suitable.

“South Africa is particularly well endowed with wave-energy resources, with almost all of our coastline being viable. The south coast, in particular, can go up to 60 kW/m,” Hugo explains.

Building the converter on-shore lowers the overall cost of the solution, as it negates the requirement for device mooring, underwater cabling, ships, dry-docks and, to a lesser extent, divers.

The power offtake agreement for the pilot project, which is scheduled to begin producing electricity from mid-2020, has been set at a discounted rate to Abagold’s current power costs.

The offtake agreements for the 3.5 MW project will be set on commercial terms, but Hugo says it will be far more cost competitive than the pilot, which is burdened with the full research and development costs.

“For the commercial plant, we are targeting a levelised cost of energy, or LCOE, of below R1/kWh.”

Hugo says  a key factor in achieving a low LCOE, is the high availability factor of the wave-energy resource, which is considered to be near baseload in character.

Hugo is optimistic that MSL’s first two projects will help identify and negate the technical and environmental constraints for including wave energy in future editions of South Africa’s Integrated Resource Plan, which outlines the technologies that will be considered for inclusion in utility-scale procurement programmes.

He is also confident that the second project will go some way to moving the economic constraints currently associated with wave-energy power stations, which have been prohibitively expensive when compared with variable renewable energy technologies such as wind and solar photovoltaic.

The pilot site is being constructed using locally developed technology, as well as domestic expertise, materials and manufacturing.

“In the process, some of us were quite far from our comfort zones, including the team that needed to learn to swim.

“But through a combination of hiring and training, we have built an exceptional team, which is striving towards a world first,” Hugo enthuses, adding that he is hopeful that the technology could even spawn an entirely new industry for the country.